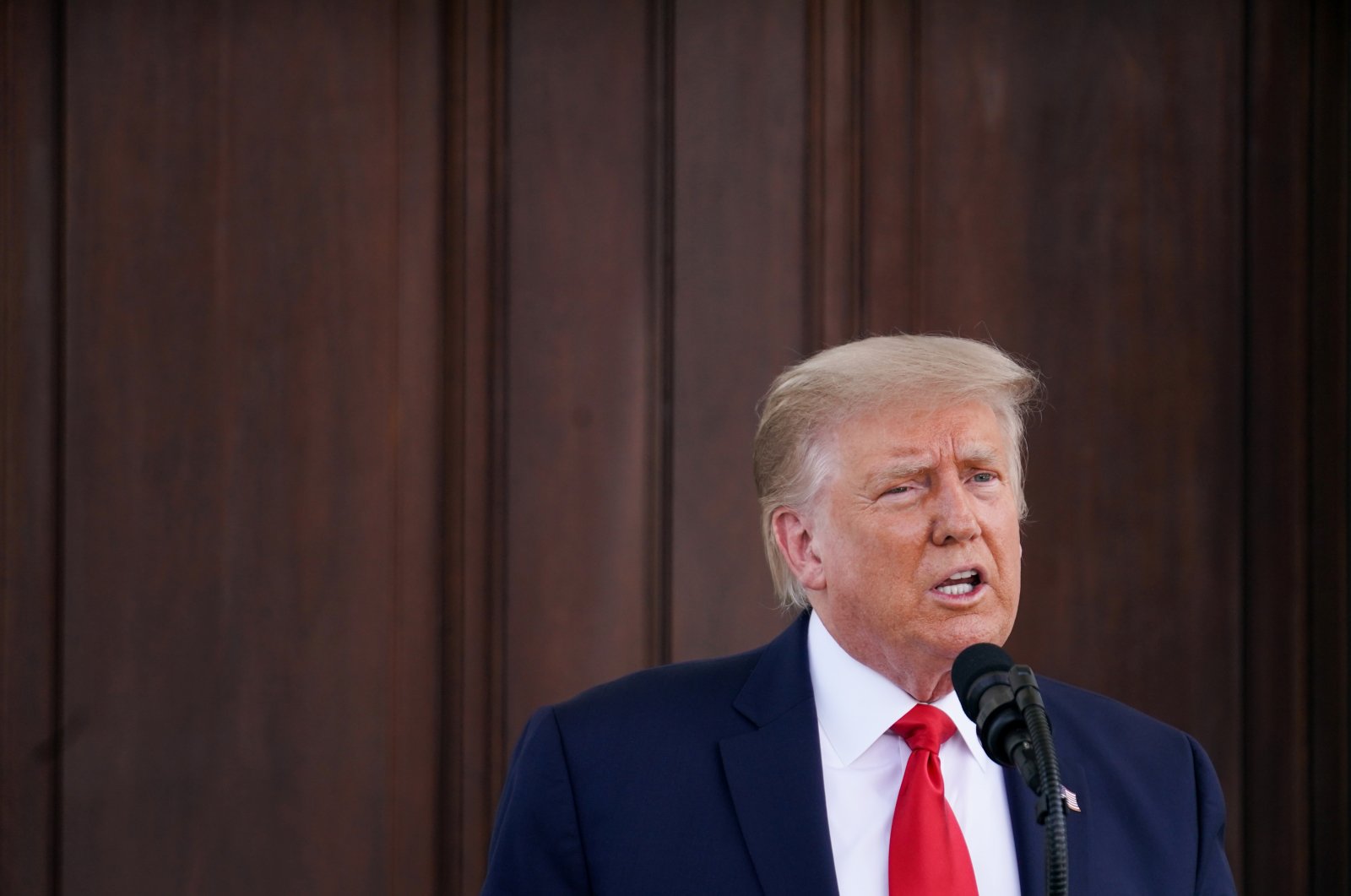 U.S. President Donald Trump said Monday he will leave the hospital later in the day after being treated for COVID-19.

Trump said on Twitter that he will leave Walter Reed National Military Medical Center at 6:30 p.m. EST on Monday.

"We have developed, under the Trump Administration, some really great drugs & knowledge. I feel better than I did 20 years ago!" he added.

He is expected to make the journey aboard the presidential helicopter, Marine One.

Trump's physician, Dr. Sean Conley, said Monday the president has met or exceeded all standard hospital criteria to be discharged, and while he is not yet out of the woods, he is able to go home.

"Over the past 24 hours ... he's met or exceeded all standard hospital discharge criteria," Conley told a news conference, saying it had been more than 72 hours since Trump's last fever and that his oxygen levels were normal.

"Though he may not entirely be out of the woods yet, the team and I agree that all our evaluations, and most importantly, his clinical status, support the president's safe return home, where he will be surrounded by world-class medical care 24/7," Conley said.

Trump’s return comes as the White House is still learning of the scale of the outbreak within the complex. Press secretary Kayleigh McEnany tested positive for the coronavirus Monday morning.

White House officials said Trump was anxious to be released after three nights at Walter Reed, where doctors revealed on Sunday that his blood oxygen level had dropped suddenly twice in recent days and that they gave him a steroid typically only recommended for the very sick. Still, the doctors said Trump’s health was improving.

Trump “is ready to get back to a normal work schedule,” White House chief of staff Mark Meadows told Fox News. He said a determination would be made after further evaluation by his medical team later Monday.

Less than one month before Election Day, Trump was eager to project strength despite his illness. The still-infectious president surprised supporters who had gathered outside the hospital, riding by Sunday in a black SUV with the windows rolled up. Secret Service agents inside the vehicle could be seen in masks and other protective gear.

The move capped a weekend of contradictions that fueled confusion about Trump’s health, which has imperiled the leadership of the U.S. government and upended the final stages of the presidential campaign. While Trump’s physician offered a rosy prognosis on his condition, his briefings lacked basic information, including the findings of lung scans, or were quickly muddled by more serious assessments of the president's health by other officials.