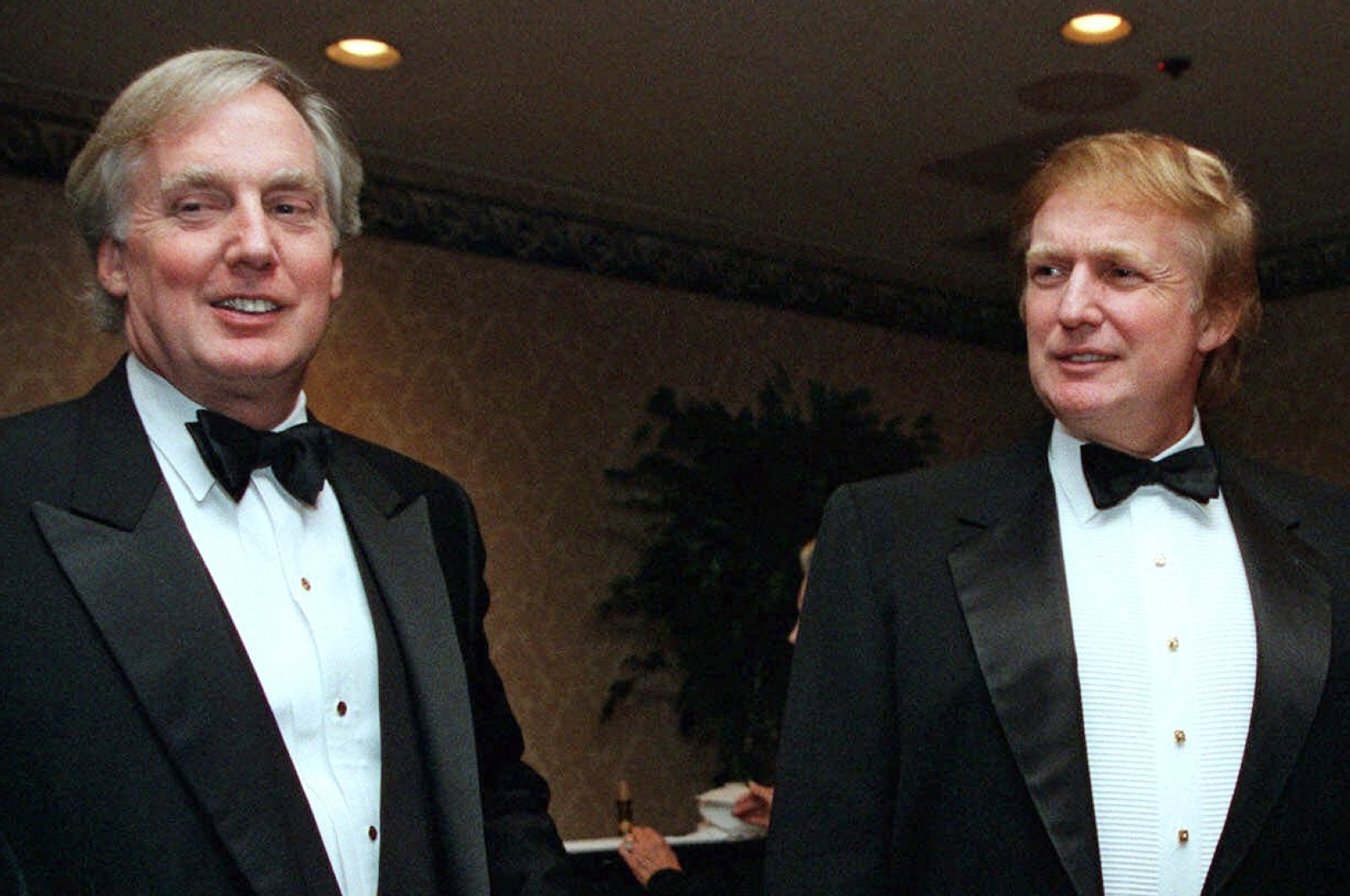 Donald Trump's younger brother Robert died on Saturday after being hospitalized for an undisclosed illness, the U.S. president said in a statement mourning his loss.

"It is with heavy heart I share that my wonderful brother, Robert, peacefully passed away tonight," Trump said in a White House statement.

"He was not just my brother, he was my best friend. He will be greatly missed, but we will meet again. His memory will live on in my heart forever. Robert, I love you. Rest in peace."

The 74-year-old president had visited his brother on Friday at a hospital in New York, staying for about 45 minutes.

U.S. media reports had said Robert Trump was seriously ill, although there were no details.

Donald Trump, who was stopping in New York on the way to his golf club in nearby Bedminster, New Jersey for the weekend, told reporters Friday only that "he's having a hard time."

"Uncle Robert, we love you. You are in our hearts and prayers, always," Donald Trump's daughter and adviser Ivanka said on Twitter.

Her brother Eric said Robert Trump would be "deeply missed by our entire family."

"Robert Trump was an incredible man – strong, kind and loyal to the core. Anyone who encountered him felt his warmth immediately," he said on Twitter.

Born in 1948 and the youngest of the five Trump siblings, Robert worked on Wall Street before joining the family real estate business.

Quieter and less famous than Donald, Robert nevertheless became an integral part of the Trump Organization and was fiercely loyal to his older brother.

"I support Donald one thousand percent," Robert told the New York Post in January 2016 as Donald was making his bid for the White House.

While usually avoiding the limelight, earlier this year Robert Trump unsuccessfully tried to block publication of a book by his niece Mary Trump, arguing that she was violating a nondisclosure agreement signed in 2001 after the settlement of her grandfather's estate.

The book, "Too Much and Never Enough: How My Family Created the World's Most Dangerous Man," paints Donald Trump as the product of a "toxic" family.

"Her attempt to sensationalize and mischaracterize our family relationship after all of these years for her own financial gain is both a travesty and injustice to the memory of my late brother, Fred, and our beloved parents," Robert said in a statement to The New York Times.

"I and the rest of my entire family are so proud of my wonderful brother, the president, and feel that Mary's actions are truly a disgrace."

Although a temporary restraining order was applied, a judge lifted it in July, allowing publication.

Mary was the daughter of the eldest Trump brother Fred Trump Jr., who died of alcoholism in 1981.

Donald Trump has previously called his brother Robert "wonderful" and said they have "had a great relationship for a long time, from day one."

Before Robert's death, the couple had been living a quiet life at their home in Millbrook, in the Hudson Valley, media reports said.

"As a former Mayor I know how much he did to help New Yorkers in need. We have lost a really good man. My love, prayers and condolences to the Trump family," he tweeted.