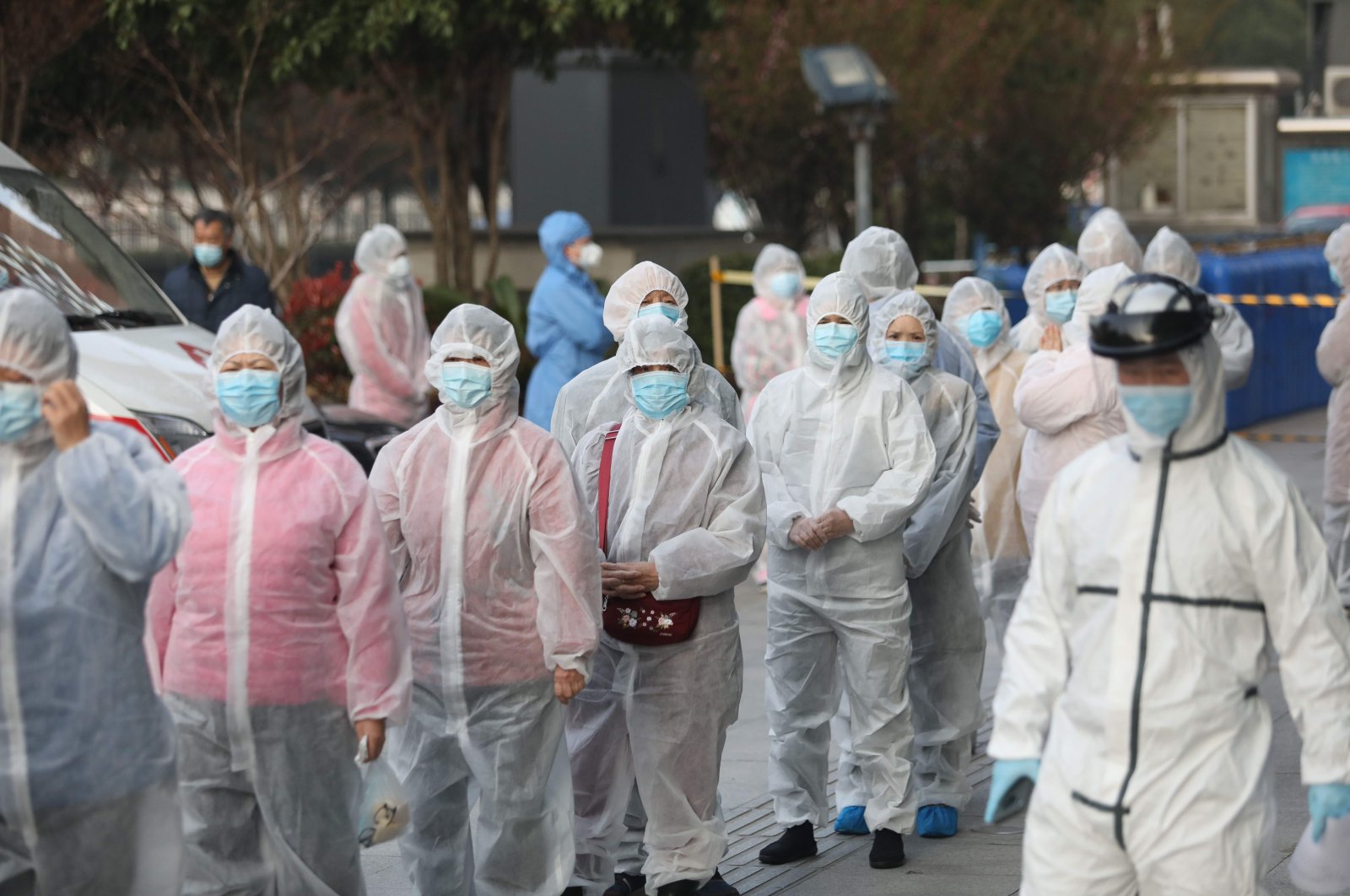 Patients who recovered from COVID-19 wear protective clothing as they line up to be tested again at a hospital in Wuhan, Hubei province, central China, March 14, 2020. (AFP Photo)
by Daily Sabah with Reuters Feb 25, 2021 10:29 am
RECOMMENDED

“The State Department never agreed to this kind of testing and protested directly to the Ministry of Foreign Affairs when we learned that some staff were subject to it,” a State Department spokesperson told VICE World News on Wednesday, adding that Beijing had assured Washington that the test was conducted “in error” and that diplomatic personnel are exempt from the test, which is mandatory for arriving travelers in some parts of China.

“We have instructed staff to decline this test if it is asked of them, as was done in the past,” the spokesperson said. It is not clear how many U.S. diplomats have gone through such an odd procedure.

Some Chinese cities have begun using samples taken from the anus to test those it considers at high risk of contracting COVID-19. When news about the new practice was reported last month, social media users and travelers squirmed over the invasive procedure that doctors say can be more effective in detecting the virus.

Stool tests may be more effective than respiratory tests in identifying COVID-19 infections in children and infants since they carry a higher viral load in their stool than adults, researchers at the Chinese University of Hong Kong (CUHK) had said in a paper published last year.