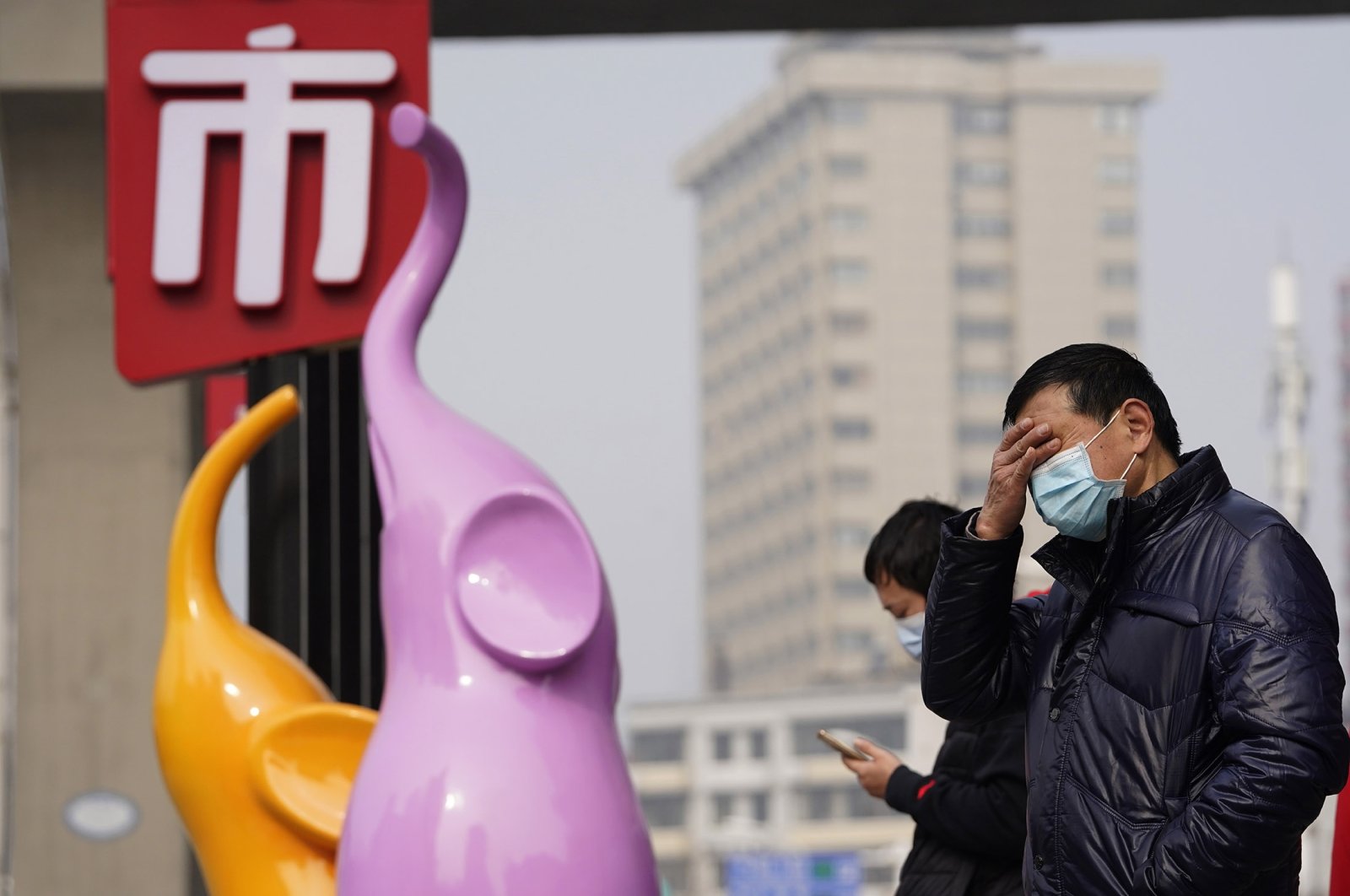 Residents wearing masks to curb the spread of the coronavirus stand near the Chinese character for "Market" in Wuhan, China, Jan. 26, 2021. (AP Photo)
by Agencies Jan 28, 2021 3:25 pm
RECOMMENDED

Stool tests may also be more effective than respiratory tests in identifying COVID-19 infections in children and infants since they carry a higher viral load in their stool than adults, researchers at the Chinese University of Hong Kong (CUHK) had said in a paper published last year.

The new testing method comes amid regional outbreaks and ahead of the Lunar New Year holidays.

Users of China's popular Twitter-like Weibo social media platform reacted to the method with a mix of mirth and horror.

"So lucky I returned to China earlier," one user wrote.

Others who had undergone the procedure chimed in with dark humor.

As cases rise around the world, China has imposed stricter requirements on international arrivals in an effort to keep domestic transmission close to zero a year after it first went into lockdown. The country has also tightened restrictions domestically, with Beijing announcing that people from medium- or high-risk areas will be barred from the city from Thursday to reduce the risk of virus transmission over the Lunar New Year period.

Meanwhile, arrivals into the country must have multiple negative test results and quarantine for at least 14 days in a designated hotel on arrival, with many cities and regions imposing additional home observation requirements.