US redesignates Cuba as 'state sponsor of terrorism' 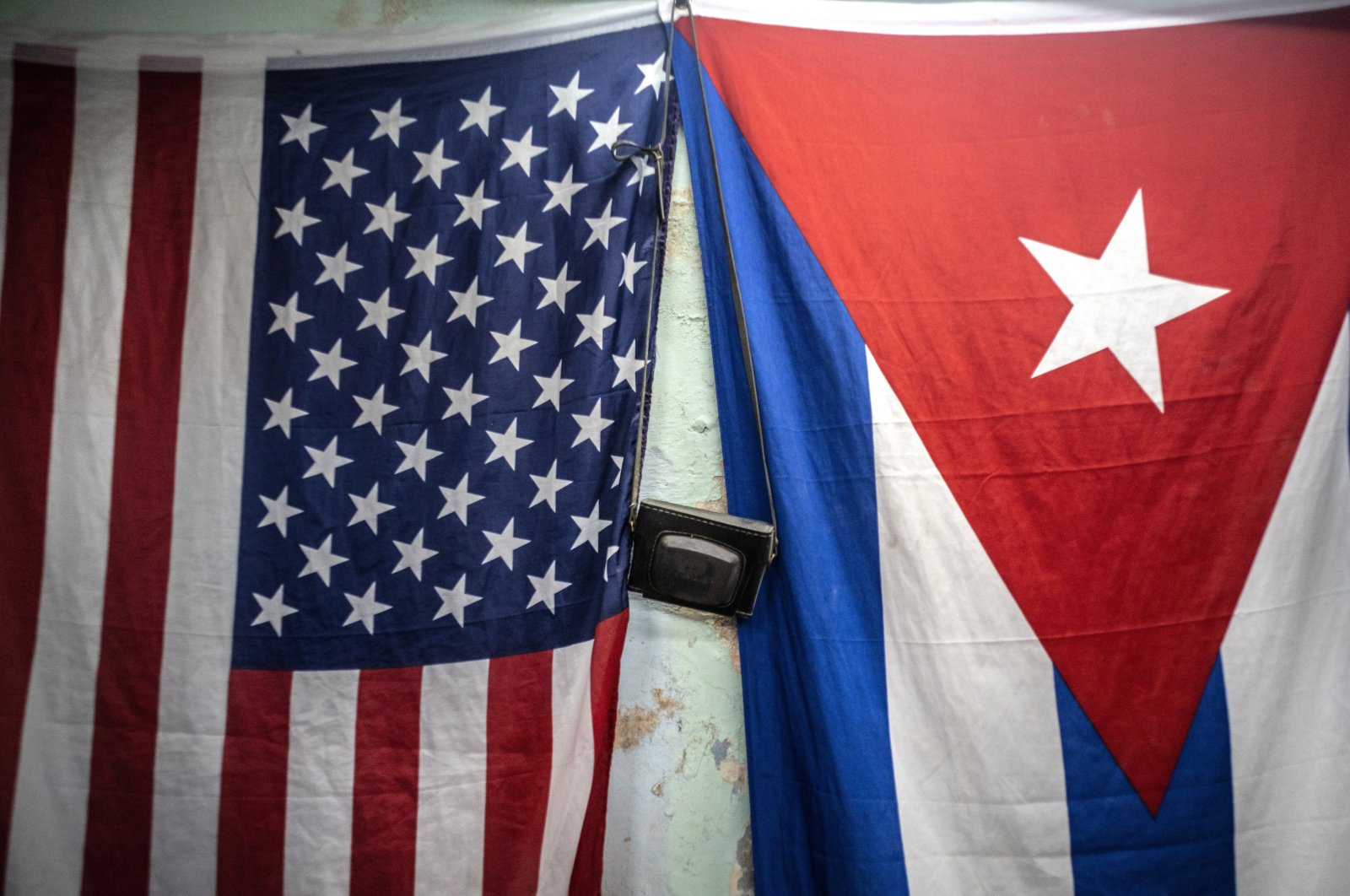 U.S. President Donald Trump's outgoing administration on Monday returned Cuba to the U.S. blacklist of state sponsors of terrorism, the latest in a slew of last-minute actions to hinder President-elect Joe Biden's diplomacy.

The terror designation severely hampers foreign investment and can only be removed after a formal review by the Biden administration, meaning it may remain in force for months and slow efforts to ease tensions.

With nine days left in office, U.S. Secretary of State Mike Pompeo cited Cuba's ties with Colombian rebels, its alliance with leftist Venezuela and sanctuary to several U.S. fugitives in justifying the blacklisting.

"With this action, we will once again hold Cuba's government accountable and send a clear message: the Castro regime must end its support for international terrorism and subversion of US justice," Pompeo said in a statement, referring to former leaders Fidel and Raul Castro. "The United States will continue to support the Cuban people in their desire for a democratic government and respect for human rights, including freedom of religion, expression and association," he said.

It is the latest in a blitz of decisions by Pompeo in his final days in office, with most of Washington focused on whether to remove Trump for inciting a deadly riot at the U.S. Capitol by supporters who sought to stop the ceremonial certification of Biden's victory.

Since Saturday, Pompeo has also designated the Houthi movement in Yemen as a terrorist group, defying warnings from aid groups, and relaxed rules on U.S. engagement with Taiwan.

Then-president Barack Obama in 2015 delisted Cuba as a state sponsor of terrorism as he moved to normalize relations and declared the half-century U.S. effort to isolate the communist island to be a failure.

Trump has reversed many of Obama's overtures to Cuba and also imposed sanctions on Venezuela, winning him support among immigrant communities in Florida, a crucial state in U.S. elections.

Biden has indicated he wants to return at least to some engagement started under Obama and blocked by Trump, including allowing Cuban-Americans to visit family and send money.

"The hypocrisy from President Trump and Secretary Pompeo is stunning but not surprising," said Rep. Gregory Meeks, a member of Biden's Democratic Party who heads the House Foreign Affairs Committee. "Donald Trump – who as a businessman registered the Trump Organization's trademark on the island in 2008 – has always seen Cuba as a political football with zero regard for the long-suffering Cuban people," Meeks said.

To remove Cuba from the terror list, Antony Blinken – Biden's nominee for secretary of state – would need to initiate a review that shows that Havana did not engage in terrorism over the previous six months.

"The political opportunism of this action is recognized by everyone honestly concerned about the scourge of terrorism and its victims," he wrote on Twitter.

John S. Kavulich, president of the U.S.-Cuba Trade and Economic Council that looks at commercial ties between the countries, said the immediate effects of Pompeo's move would include discouraging financial institutions from dealing with Cuba. Insurance companies could also suspend coverage or jack up rates for operators of ships and aircraft to Cuba, he said.

"Transactions with the Republic of Cuba would have an increase in scrutiny, resulting in fewer governments and companies wanting to engage with it," he said. But he doubted the move would ultimately change Cuba's policies, including its staunch support for Venezuelan President Nicolas Maduro, whom the Trump administration has sought to topple.

Providing a legal justification, Pompeo pointed to Cuba's refusal to extradite commanders from Colombia's National Liberation Army (ELN) over a January 2019 car bombing at a Bogota police academy that killed 22 people. Cuba has said it will not hand them over due to its role mediating between the ELN and government.

Pompeo also pointed to Cuba's sanctuary of Americans including Assata Shakur, a Black Power militant who fled to the island after escaping prison following a conviction for the killing of a New Jersey state trooper.

Only three other countries are on the U.S. blacklist – Iran, North Korea and Syria. Trump last year removed Sudan after its democratic transition, compensation for past attacks and agreement to recognize Israel.