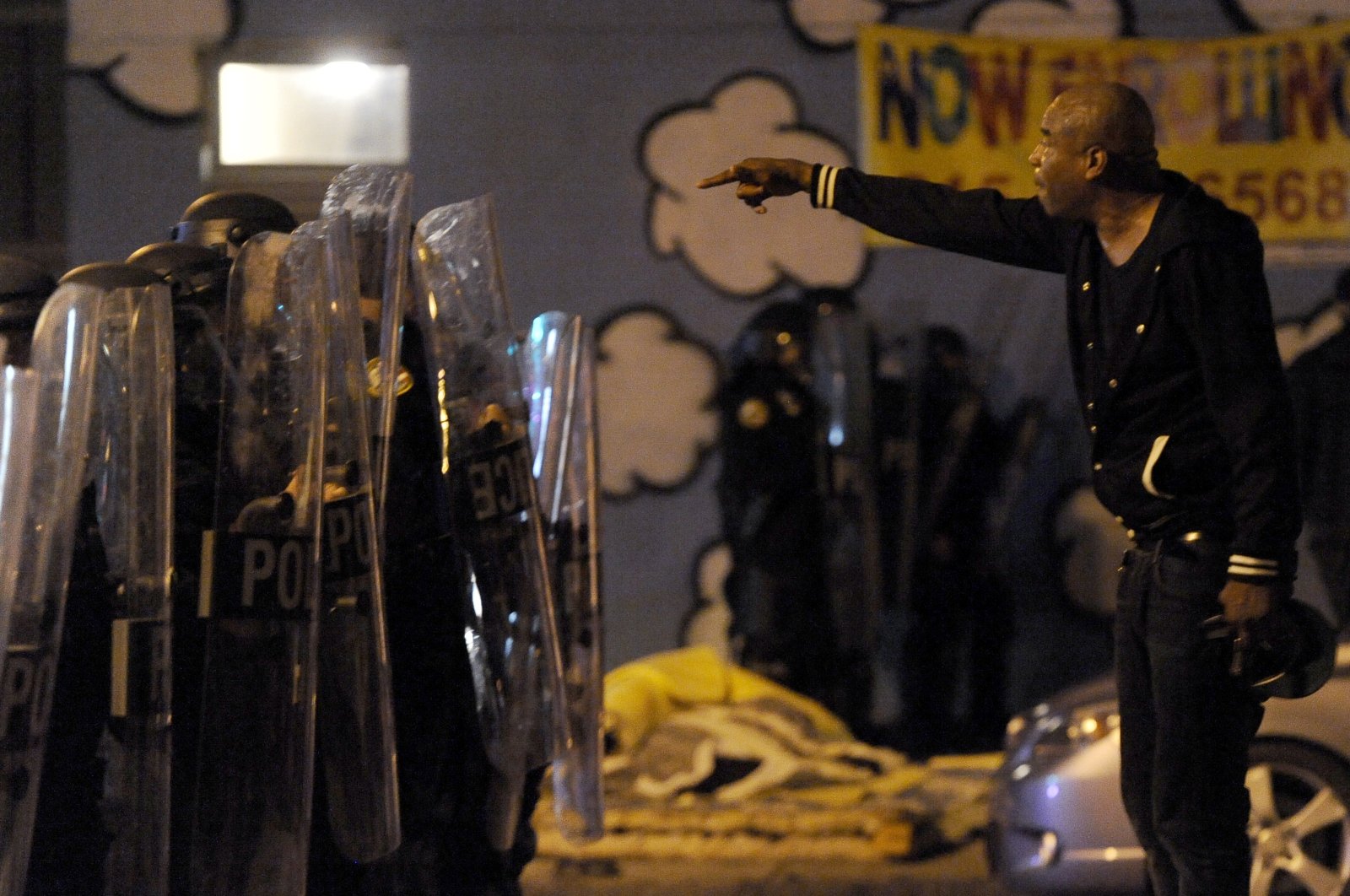 U.S. cities braced for further civil unrest as hundreds of people took to the streets in New York City's Brooklyn borough and Philadelphia, Pennsylvania following a deadly police shooting of a black man armed with a knife. Tension has gripped the streets since Monday's deadly police shooting of Walter Wallace, 27, described by relatives as suffering from a mental breakdown, in a confrontation with law enforcement.

The protests, which have aimed at achieving racial equality and opposing police brutality, once again turned violent, with clashes between police and protesters and the looting of stores. In Philadelphia, Tuesday's rallies began peacefully but grew confrontational as darkness fell. Police turned out in force to cordon off a West Philadelphia commercial district. Looters broke into business elsewhere in the city's Port Richmond section, aerial news video from WPVI television showed. At other times, police in riot gear shoved jeering protesters back from barricade lines.

"Approximately 30 people have been arrested," a New York Police Department spokesman told Reuters by phone, without detailing the reason for the arrests. He added that one New York Police Department (NYPD) officer suffered "non-life-threatening" injuries during the late-night protests. Police also said that their vehicles were damaged, and some trash cans were set on fire in the demonstrations.

Wallace's father appealed to people to "stop the violence" out of respect for his son and family. "I don't condone no violence, tearing up the city, looting of the stores and all this chaos," he told reporters and a gathering of people. "It's an SOS to help, not to hurt." He also called for "justice" in a case still being investigated.

A bystander's video of the shooting of Wallace was posted on social media on Monday and showed him approaching two police officers who had drawn their guns and warned him to put down his knife. The officers were backing up before the camera cut briefly away as gunfire erupted and Wallace collapsed.

Wallace suffered from bipolar disorder and his psychological difficulties were relayed by his wife to the officers who encountered him before the shooting, a lawyer for his family said. "I was telling police to stop. 'Don't shoot my son, please don't shoot my son,'" Wallace's mother, Catherine Wallace, told reporters. "They paid me no mind and shot my son."

The scene in Philadelphia resembled those in Minneapolis and other cities in recent months: A peaceful protest gives way after dark to looting and clashes with police. Tensions have stayed high at demonstrations across the nation since the May 25 death of George Floyd, a handcuffed black man who pleaded for air as a white Minneapolis police officer pressed his knee against Floyd's neck for several minutes. Seething protests have rocked America's cities for months, with the Black Lives Matter movement's anger fed by a stream of deaths of black people at the hands of overwhelmingly white police and exacerbated by badly fractured national politics and inflammatory rhetoric from U.S. President Donald Trump.

The events have been leveraged for political purposes in the campaign for next Tuesday's presidential election, with liberals arguing for racial justice and police reform while conservatives decry the chaos and property damage. Philadelphia and its largely minority population ranks as the largest city in Pennsylvania, a crucial battleground state in the race between Trump and Democratic challenger Joe Biden.