US Senate approves bill to sanction China over Uighur crackdown 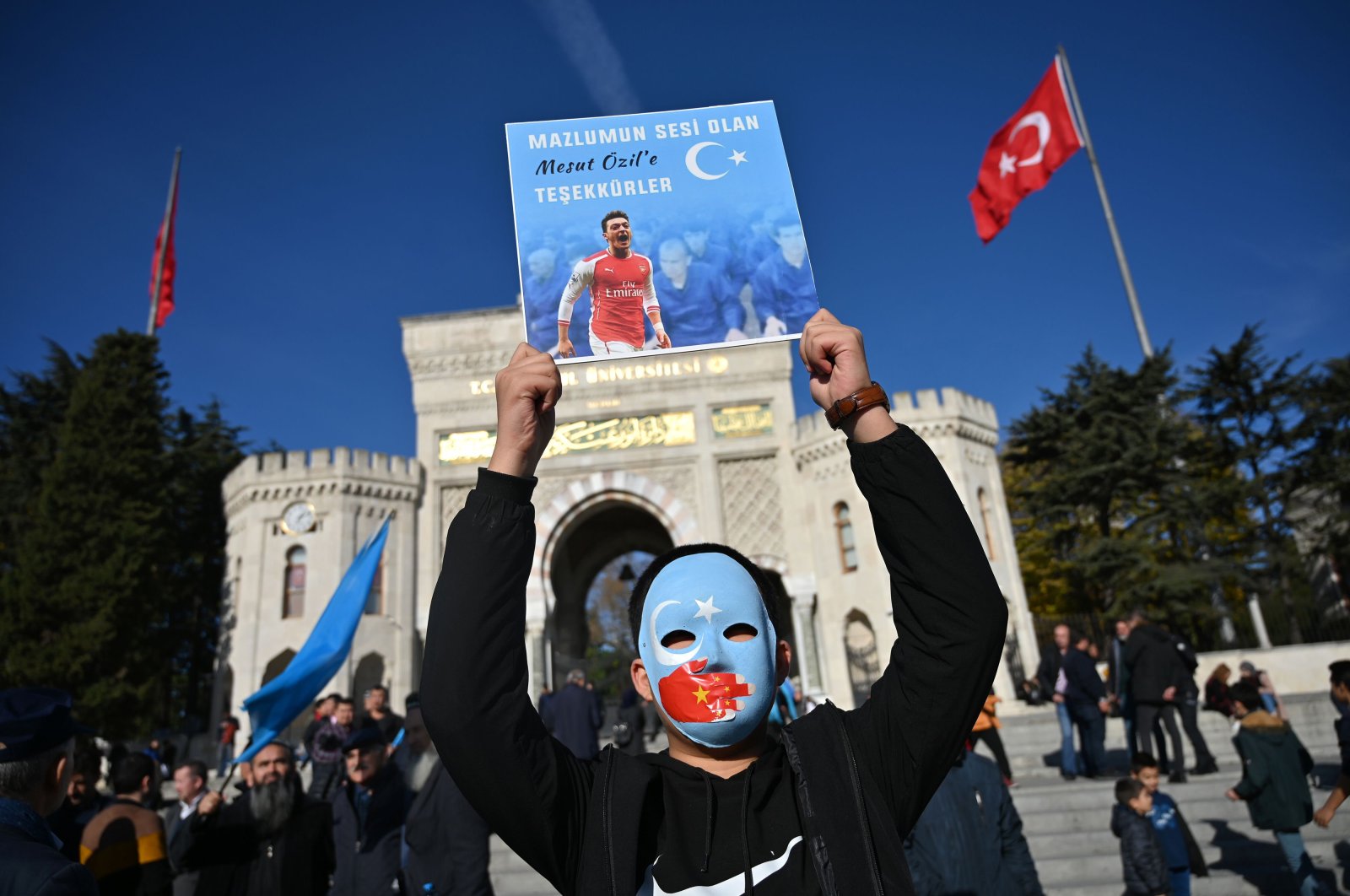 In this file photo taken on December 14, 2019 a supporter of China's Muslim Uighur minority holds a placard of Arsenal's Turkish origin German midfielder Mesut Ozil reading "Thanks for being our voice" during a demonstration at Beyazid square in Istanbul. (AFP Photo)
by REUTERS
May 15, 2020 6:28 pm

The U.S. Senate approved legislation on Thursday calling on President Donald Trump's administration to toughen its response to China's crackdown on its Uighur Muslim minority, the latest push in Washington to punish China as Trump blames Beijing for worsening the coronavirus pandemic.

The bipartisan bill, introduced by Republican Sen. Marco Rubio, calls for sanctions against those responsible for the repression of Uighurs and other Muslim groups. It specifically singles out a member of China's powerful Politburo as responsible for "gross human rights violations" against them.

The Republican-led Senate passed the bill by unanimous consent, without a roll-call vote. Passage sends the measure to the Democratic-led House of Representatives, which must approve it before it is sent to the White House for Trump to sign into law or veto.

The Senate move comes amid steadily worsening relations between the Trump administration and Beijing over the global COVID-19 pandemic, which Washington has blamed on China's lack of transparency about the initial outbreak there.

China denies mishandling the outbreak and has condemned moves to pass legislation in support of the Uighurs as malicious attacks and a serious interference in its internal affairs that would affect bilateral cooperation.

The United Nations estimates that more than a million Muslim Uighurs have been detained in camps in China's Xinjiang region in recent years. China denies any mistreatment of Uighurs and says the camps provide vocational training.

In November, the U.S. House overwhelmingly approved a bill calling for sanctions against senior Chinese officials responsible for the Xinjiang crackdown and specifically named the region's Communist Party secretary, Chen Quanguo, who, as a Politburo member, is in the upper echelons of China's leadership.

China has warned in the past of retaliation "in proportion" if Chen were targeted.

Its embassy in Washington did not immediately respond to a request for comment on the Senate move.

The Senate bill also calls on U.S. companies or individuals operating in the Xinjiang region to take steps to ensure their supply chains are not "compromised by forced labor" there.

Rubio co-sponsored a separate bill in March aimed at preventing goods made from forced labor in Xinjiang from reaching the U.S.

They urged the House take up the legislation quickly and send it to the president to be signed into law.