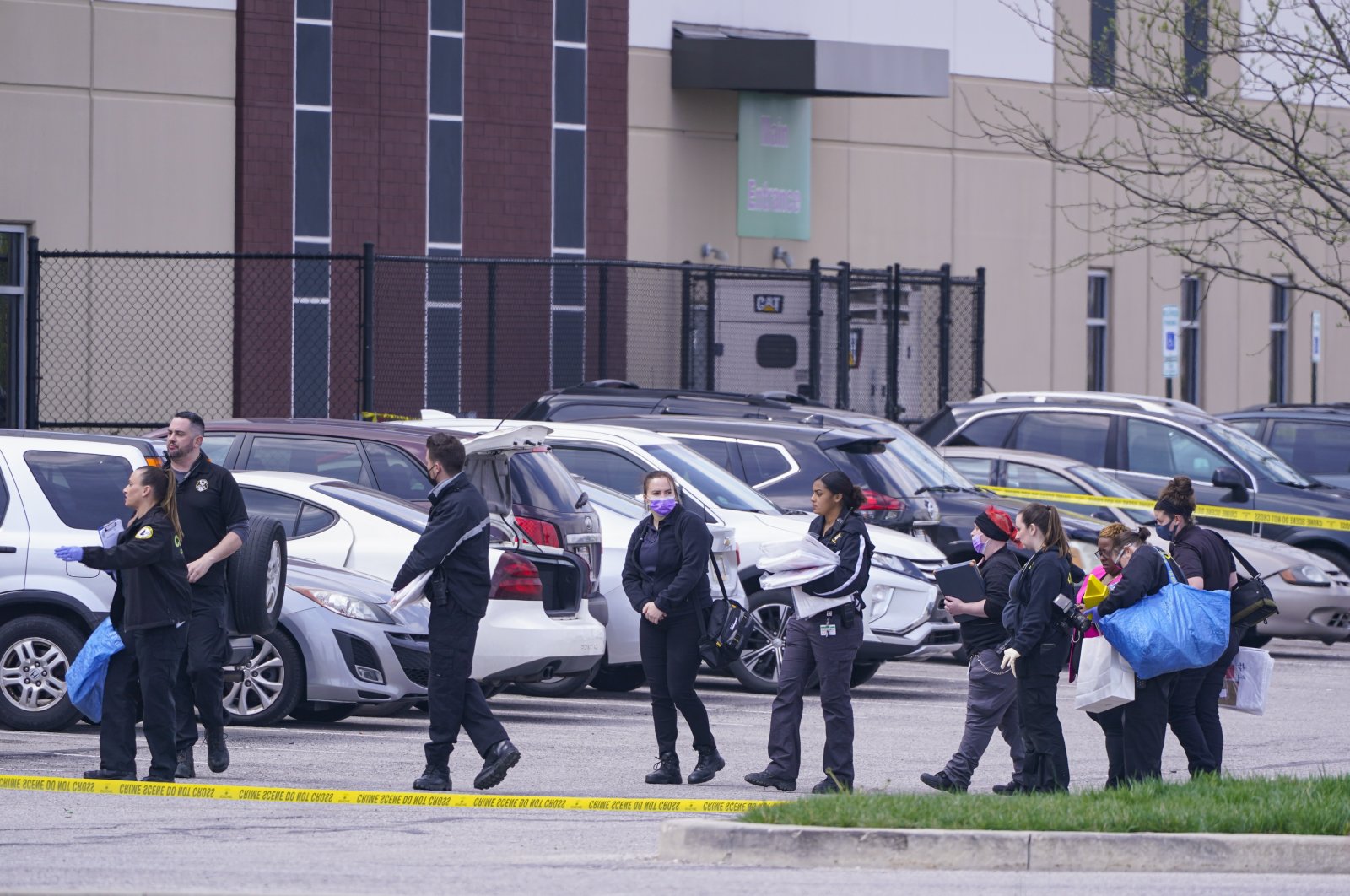 Law enforcement confer at the scene in Indianapolis, where multiple people were shot at a FedEx Ground facility near the Indianapolis airport, U.S., April 16, 2021. (AP Photo)
by REUTERS Apr 17, 2021 1:06 pm
RECOMMENDED

A Sikh advocacy group urged an investigation of possible racial or ethnic hatred as a factor in the deadly shooting at a FedEx facility in Indianapolis, which saw eight people shot and killed, including four from the Sikh religious community.

Law enforcement officials said Friday they have yet to determine what motivated the gunman, 19-year-old Brandon Hole, who was white, to carry out Thursday night's rampage, at a FedEx operations center near Indianapolis International Airport.

The attack in Indiana's state capital, the third most populous city in the Midwest, was the latest in a spate of at least seven deadly mass shootings in the United States over the past month.

It came a little over a year after Hole was briefly placed under psychiatric detention by police when his mother reported her concerns that he was contemplating "suicide by cop," according to the FBI. A shotgun was seized from his home.

But the New York-based Sikh Coalition, a civil rights advocacy group, called for a full investigation into "the possibility of bias as factor" in the FedEx killings.

Four members of the Sikh faith – three women and a man – were among the dead in Thursday night's shooting spree, and at least one Sikh individual was wounded, said Gurinder Singh Khalsa, a businessperson and leader of the local Sikh community who said he was briefed by victims' families.

Singh Khalsa also told Reuters the majority of employees at the FedEx site are Sikhs, whose religion originated in the Punjab region of the Indian subcontinent.

He said the FedEx center was known for hiring older members of the local Sikh community who did not necessarily speak fluent English.

The recent surge in U.S. mass gun violence began on March 16 when a gunman shot eight people to death, including six Asian women, at three Atlanta-area day spas before he was arrested.

That rampage heightened tensions already brewing over a rise in hate crimes and discrimination directed at Asian Americans in recent years, stoked in part by racially inflammatory rhetoric about the coronavirus pandemic's origins in China.

Since the Sept. 11, 2001, attacks on the U.S. perpetrated by al-Qaida, Sikh men have sometimes been confused publicly with Muslims because they wear turbans with their hair and beards uncut.

The eight people killed in Thursday night's violence ranged in age from 19 to 74. The shooting lasted only a couple of minutes and was over by the time police responded to the scene, Craig McCartt, the Indianapolis police department's deputy chief, said on Friday.

Witnesses described a chaotic attack, as the gunman opened fire with a rifle in the parking lot before entering the facility and continuing to shoot, leaving victims both inside and outside the building. Officers found the suspect dead of an apparent self-inflicted gunshot wound.

McCartt told reporters the suspect was believed to have last worked at the plant in the fall of 2020.

Asked what brought him back to the facility on Thursday night, McCartt replied: "I wish I could answer that."

Neither authorities nor FedEx officials would say what ended Hole's employment at FedEx.