US snatches 60M France-bound medical masks from tarmac in China 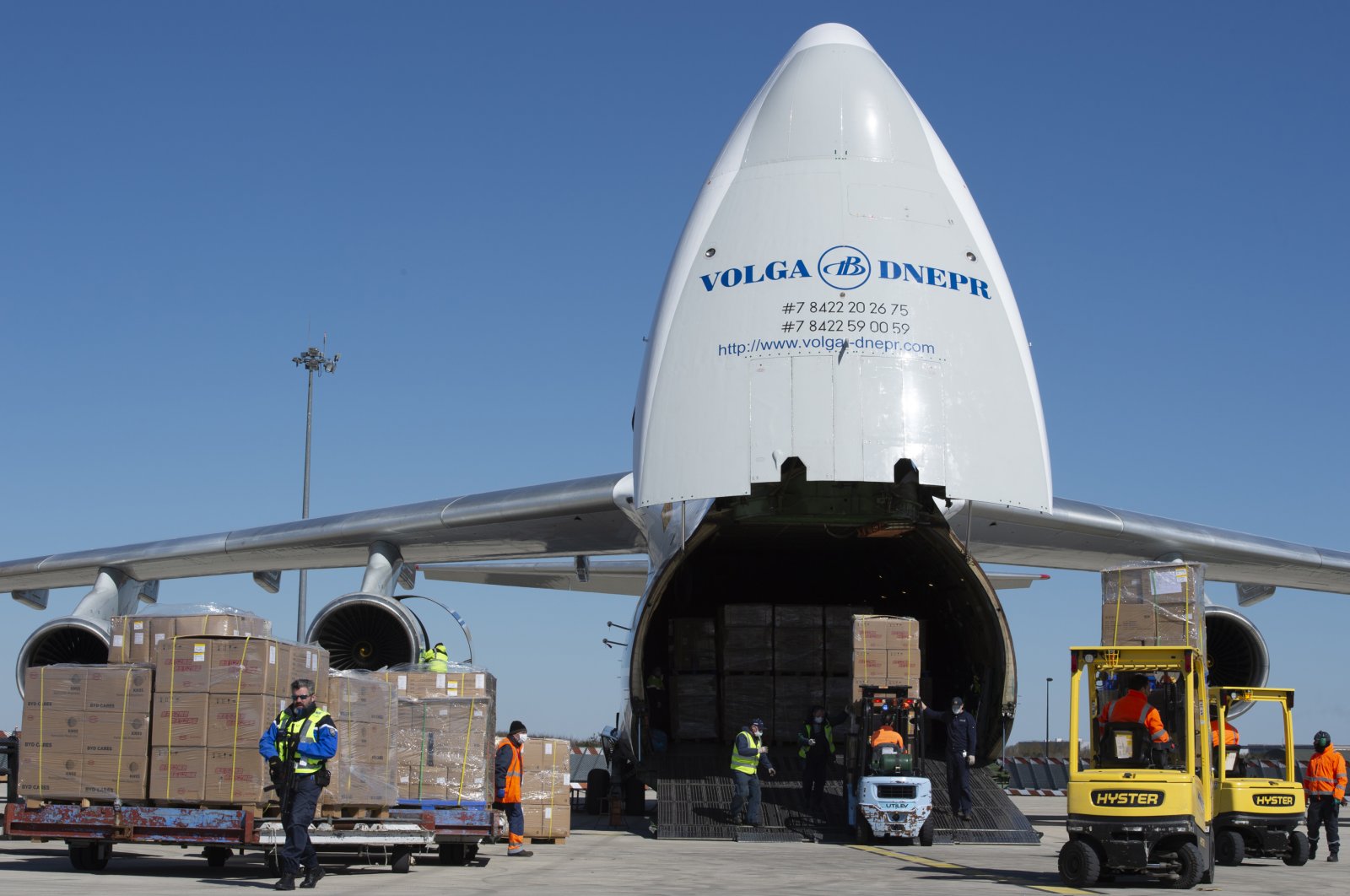 This photo provided by the French Army communication department (ECPAD) shows an Antonov 124 on the tarmac of Vatry, eastern France, for the first delivery of masks coming from China, Monday, March 30, 2020. (ECPAD via AP)
by DAILY SABAH Apr 02, 2020 2:16 pm

The U.S. allegedly snatched a planeload of 60 million Chinese-made medical masks that were initially intended for France, a French official said.

The U.S. seized the equipment minutes before the airplane took off, said Renaud Muselier, head of southwestern Provence-Alpes-Côte d'Azur region.

"A French order was bought out with cash by Americans on the tarmac, and the plane that was to fly to France took off for the U.S. instead," Muselier told RT France on Wednesday.

Meanwhile, the head of northeastern Grand Est region told French RTL radio that the Americans pay "three or four times" the amount in cash right on the tarmac, citing a need to "fight" for medical equipment.

France has ordered more than a billion face masks, the vast majority from China, the country’s health minister said Saturday, as the government scrambles to build up its supplies with the coronavirus outbreak showing no sign of easing.

Health Minister Olivier Veran said France was using 40 million face masks a week as it battles the pandemic and currently has three weeks worth of supplies.

Doctors, nursing home caretakers, the police and other frontline staff have decried a shortage of masks.

France has nearly 57,000 cases of COVID-19, the disease caused by the new coronavirus. More than 4,000 people have died from the illness, while nearly 11,000 have recovered.