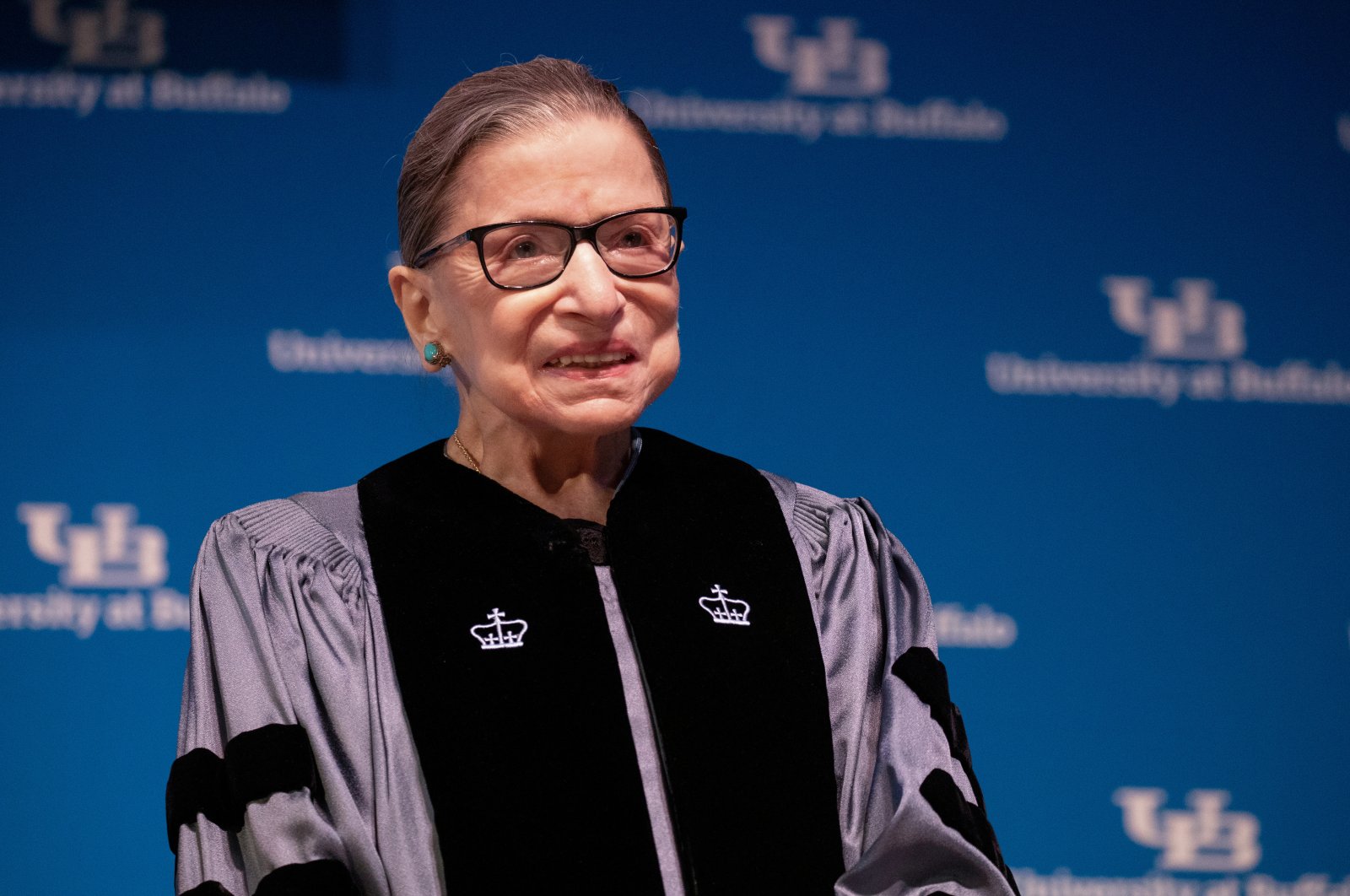 U.S. Supreme Court Justice Ruth Bader Ginsburg smiles during a reception where she was presented with an honorary doctoral degree at the University of Buffalo School of Law in Buffalo, New York, U.S., Aug. 26, 2019. (Reuters Photo)
by French Press Agency - AFP Jul 15, 2020 11:17 am
RECOMMENDED

U.S. Supreme Court Justice Ruth Bader Ginsburg, the 87-year-old anchor of its liberal faction, has been hospitalized for a suspected infection, the court said Tuesday.

Ginsburg was admitted to Johns Hopkins Hospital in Baltimore early Tuesday after first going to her regular Washington hospital with fever and chills.

She underwent an endoscopic procedure "to clean out a bile duct stent that was placed last August," the court said in a statement.

Ginsburg "is resting comfortably and will stay in the hospital for a few days to receive intravenous antibiotic treatment," it added.

One of four liberals among the nine justices, Ginsburg's health is closely watched as Donald Trump's administration seeks an opportunity to appoint a new justice who would tilt the court solidly in a conservative direction, potentially shifting U.S. law and social policy for decades.

Supreme Court justices serve until they die or voluntarily retire, and Ginsburg has clung to her position despite her age, aware that if she leaves it could change the landscape of U.S. justice.

Together with the centrist Chief Justice John Roberts acting as a swing vote, the four liberals have prevented a reversal of longstanding abortion rights, stronger executive powers for the president and greater involvement of religion in public life.

When asked in a White House press conference about Ginsburg, Trump indicated he had not heard the news.

"I wish her the best," he said. "She's actually given me some good rulings."

Trump has welcomed some Supreme Court rulings, but more often over the past three years, the highest court has dealt his administration a number of setbacks, on his immigration policies and, last week, his effort to prevent his finances from being made public.

Both Trump's Republicans and Democrats have made the balance of the court a key election issue.

Trump, who has already appointed two justices to the court, said in June that he was planning to release a list of potential candidates for the next vacant seat if he is reelected.

"If given the opportunity, I will only choose from this list, as in the past, a Conservative Supreme Court Justice," he tweeted.

Democrats for their part have sought to mobilize voters, warning that Trump should not be allowed to name another justice.

Hugely popular with Democrats, Ginsburg has become a feminist hero and an unintentional social media icon fondly known as "The Notorious RBG," a riff on slain rapper The Notorious B.I.G.

She has been hospitalized several times in recent years, including for two days in May to be treated for a benign gallbladder infection.

But her hospital stays have always seen her actively participating in court activities by teleconference.

It was not clear if she took part in court discussions overnight Monday on emergency petitions over the resumption of federal executions as a convicted murderer awaited execution on death row in an Indiana prison.

But she joined dissents by the opposing minority when the court ruled five to four in favor of going ahead.

Hours later the murderer, Daniel Lee, was put to death, in the first federal execution in 17 years.