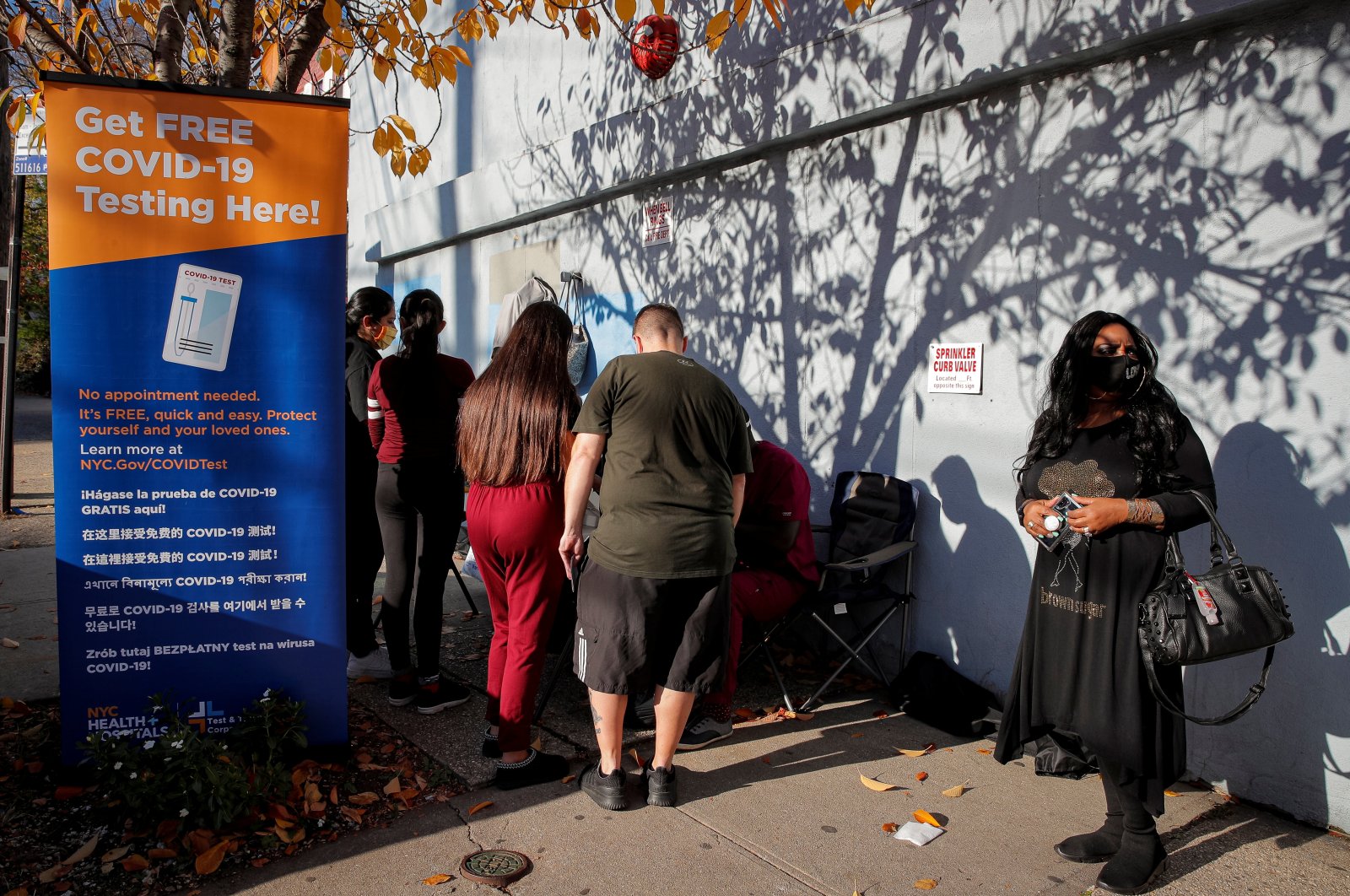 The United States has surpassed 1 million new confirmed coronavirus cases in just the first 10 days of November, as the country recorded 200,000 new COVID-19 cases in one day on Tuesday, pushing the running total to more than 10 million. The U.S. remains the hardest-hit nation at nearly 240,000 deaths, with shocking new data now including a record 60,000 current hospitalizations.

The 1 million milestone came as governors across the nation are making increasingly desperate pleas with the public to take the fight against the virus more seriously. The Wisconsin governor planned to take the unusual step of delivering a live address to the state Tuesday, urging unity and cooperation to fight COVID-19. Minnesota’s governor ordered bars and restaurants to close at 10 p.m., and Iowa’s governor said she will require masks at indoor gatherings of 25 or more people, inching toward more stringent measures after months of holding out.

Several states posted records Tuesday, including more than 12,000 new cases in Illinois, 7,000 in Wisconsin and 6,500 in Ohio. Deaths – a lagging indicator, as it takes time for people to get sick and die – are climbing again, reaching an average of more than 930 a day. Hospitals are getting slammed. And unlike the earlier outbreaks, this one is not confined to a region or two. Cases are on the rise in 49 states.

While the first surge in the Northeast caught many Americans unprepared and cut an especially deadly swath through nursing homes, the second crest along the nation's Southern and Western rim was attributed mostly to heedless behavior, particularly among young adults over Memorial Day and July Fourth and hot weather that sent people indoors, where the virus spreads more easily. The fall surge similarly has been blamed largely on cold weather driving people inside and disdain for masks and social distancing, stoked by President Donald Trump and other politicians.

The coronavirus has infected close to 51 million people worldwide, with more than 1.2 million deaths. On Tuesday, 6,867 new deaths were recorded worldwide, with the highest daily tolls across Europe, mainly in France, Spain.

More than 300,000 people have died of COVID-19 across Europe, and authorities fear that fatalities and infections will continue to rise as the region heads into winter despite hopes for a new vaccine. With just 10% of the world's population, Europe accounts for almost a quarter of the 1.2 million deaths globally, and even its well-equipped hospitals are feeling the strain.

After achieving a measure of control over the pandemic with broad lockdowns earlier this year, case numbers have surged since the summer and governments have ordered a second series of restrictions to limit social contacts. Over the past week, the continent has seen 280,000 cases a day, up 10% from the week earlier, representing just over half of all new infections reported globally.

Hopes have been raised by Pfizer Inc.'s announcement of a potentially effective new vaccine, but it is not expected to be generally available before 2021, and health systems will have to cope with the winter months unaided.

Britain, which has imposed a fresh lockdown in England, has the highest death toll in Europe at around 49,000, and health experts have warned that with a current average of more than 20,000 cases daily, the country will exceed its "worst case" scenario of 80,000 deaths. France, Spain, Italy and Russia have also reported hundreds of deaths a day, and together, the five countries account for almost three-quarters of the total fatalities.