US suspends travel from Brazil as cases, deaths mount 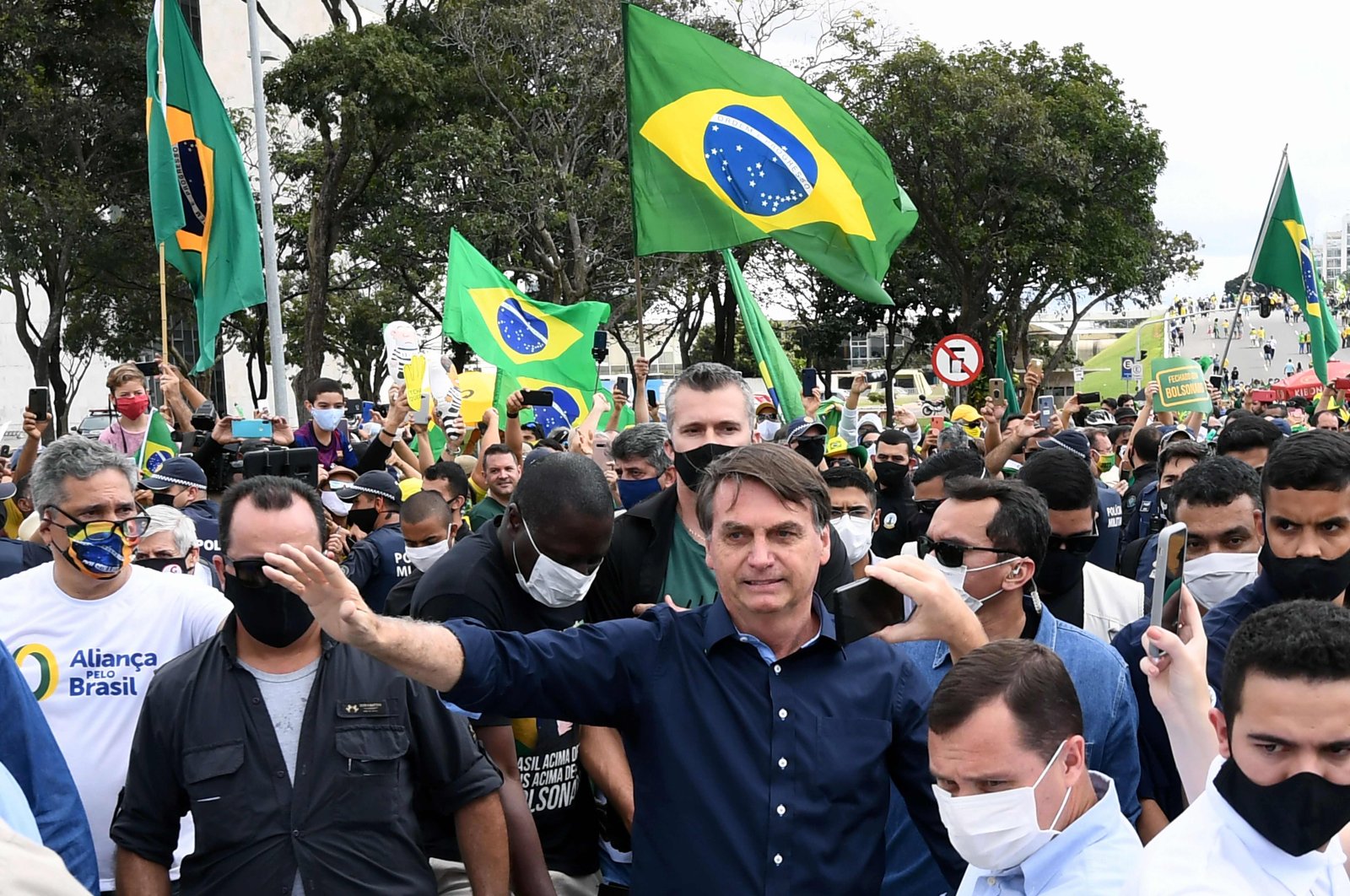 The United States suspended travel from Brazil over an explosion of coronavirus infections in the South American nation, which registered 653 new coronavirus deaths on Sunday taking the total number of fatalities to 22,666.

The pandemic's rampage across Latin America has pushed the worldwide caseload to nearly 5.4 million, with deaths approaching 350,000, but with the global economy battered, governments are scrambling to provide relief however they can to businesses and citizens wearying of mass confinement.

Brazil – the world's sixth-largest country – has been declared the latest hot spot with more than 360,000 reported cases, second only to the U.S., even as its leader, far-right President Jair Bolsonaro, plays down the threat from the virus. Experts say under testing means the real figures are likely far higher.

In a sign of global concern about the outbreak in Brazil, the White House said Sunday it would bar entry into the U.S. of non-Americans who have been in the South American nation in the 14 days before.

Bolsonaro flouted social distancing rules again on Sunday, attending a rally outside the presidential palace in Brasilia to greet a cheering rally, ditching his face mask, shaking hands and embracing supporters – even hoisting a young boy onto his shoulders at one point.

The leader grinned as flag-waving supporters shouted "Legend!" and "The people support you, Bolsonaro!"

But although Bolsonaro has a solid core of support – about 30% of voters, according to recent polls – he faces mounting criticism for his handling of the coronavirus crisis, as well as a potentially explosive probe into whether he obstructed justice to protect his family from police investigations.

The probe took a shocking twist Friday when the Supreme Court judge who ordered it, Celso de Mello, released a video of an April 22 Cabinet meeting that investigators have been analyzing for evidence.

In the expletive-laced video, Bolsonaro and his ministers sling insults at state governors, talk of jailing Supreme Court judges and barely mention the coronavirus pandemic at a moment when it was snowballing in Brazil.

He has courted controversy during the pandemic by attending rallies, going out for street food, hosting barbecues and going to the shooting range.

And while his government has imposed a Brazil travel ban over the virus, President Trump remains frustrated with lockdown measures, and – with 40 million jobs lost this year – is aggressively pushing a U.S. reopening despite the national death toll approaching 100,000.

Again trying to project confidence, Trump played golf for a second straight day on Sunday after avoiding the fairways since March 8.

The polarized opinion on lockdowns in America was on display after video footage emerged of a jam-packed swimming pool in Missouri over the weekend, despite orders mandating social distancing measures.

"Scenes such as this one ... are inconceivable during the pandemic. Do they all have death wishes?" one woman tweeted.

Another countered: "Just Americans being free and making their own decisions and enjoying life."

In Europe, with infection numbers stabilizing, governments continued toward lighter social distancing measures with more easing expected on Monday, but they remain keen to avoid a second wave of cases that could further devastate the hard-hit continent.

Restaurants, bars and swimming pools are among several types of businesses set to reopen Monday in the Czech Republic, which has reported nearly 9,000 cases.

The nation will even allow events with up to 300 people, and Czechs are no longer obliged to wear face masks in public except in shops and on public transport.

Elsewhere in Europe, cafes and restaurants in Greece were gearing up to reopen on Monday, but only those with outdoor service; while Spain will continue easing the lockdown in Madrid and Barcelona.

Meanwhile, nightclubs and bars are set to resume business in Iceland's capital Reykjavik. Zoos and museums will reopen in Copenhagen, while Rome's swimming pools and sports centers will also reopen.

In Germany, where infection control measures are now largely up to its 16 federal states, public debate and criticism were triggered by Bodo Ramelow, the premier of tiny central Thuringia, when he announced that statewide rules like mask-wearing or safe distancing would all be eliminated by June 6.

Virus tensions have pushed Beijing and Washington to the "brink of a new Cold War," Chinese Foreign Minister Wang Yi warned Sunday, after Trump accused his government of a lack of transparency and even pushed the theory that the coronavirus may have leaked from a Chinese laboratory.

Most scientists believe the pandemic originated when the virus jumped from animals to humans, likely in a market in the central Chinese city of Wuhan last year, while Beijing has furiously denied the lab theory.

And in Britain, Prime Minister Boris Johnson was on Sunday forced to defend his top aide Dominic Cummings, who has been accused of having breached the government's own lockdown rules.

Cummings was seen visiting his parents in Durham, 250 miles (400 kilometers) from his London home in March, despite suffering from virus symptoms.

The Observer and Sunday Mirror reported he had broken lockdown restrictions again in April.

"He has acted responsibly and legally and with integrity," Johnson said of Cummings.

But Tory member of Parliament Craig Whittaker tweeted: "You cannot advise the nation one thing then do the opposite."