US teachers protest against reopening schools amid COVID-19 pandemic 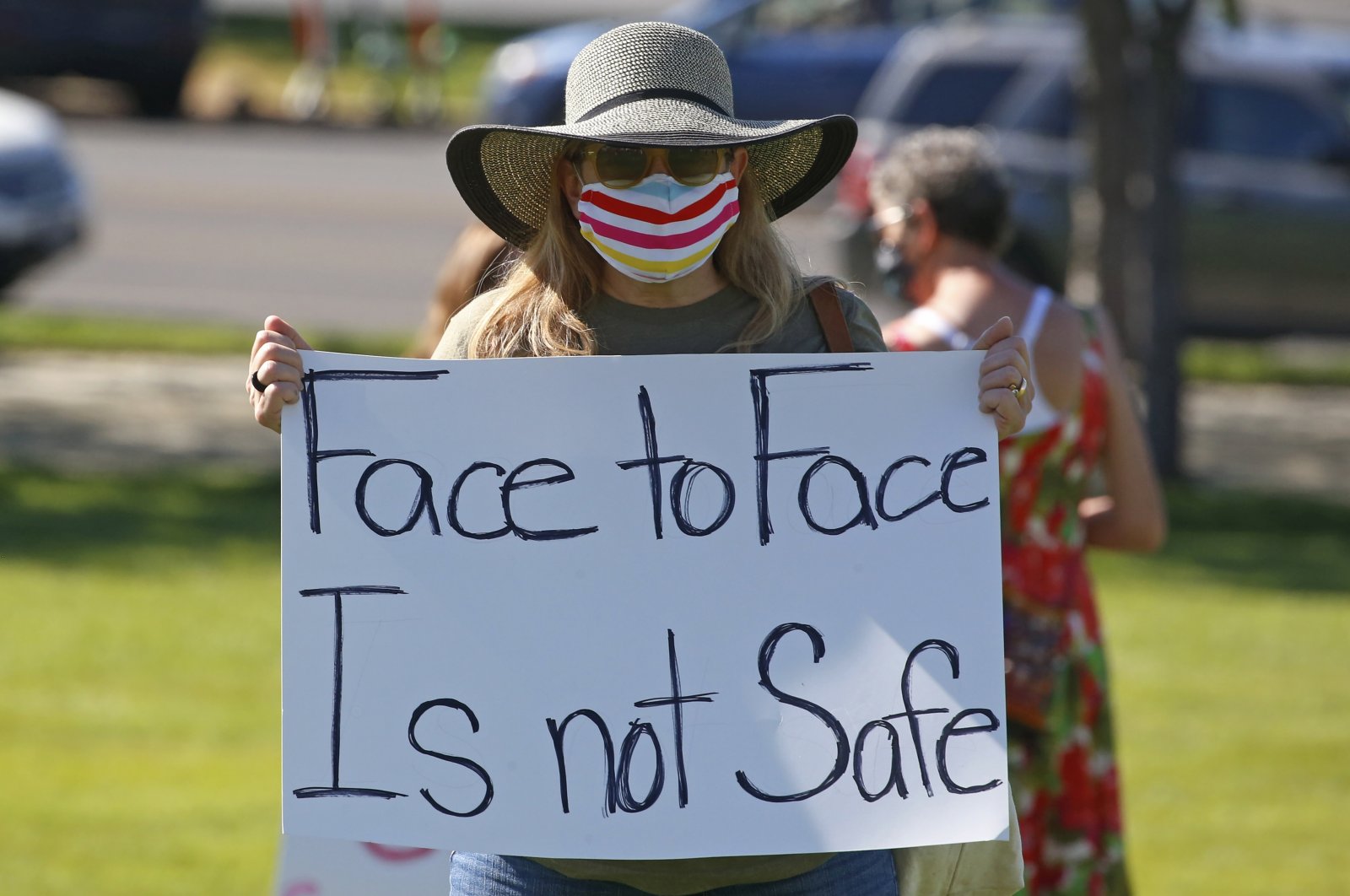 Teachers and support staff in more than 35 school districts across the United States on Monday are protesting the reopening of schools while COVID-19 is surging in many parts of the country.

They are demanding in-person classes not be held until scientific data supports it, safety protocols such as lower class sizes and virus testing are established, and schools are staffed with adequate numbers of counselors and nurses, according to a website set up for the demonstrations.

Teachers are also demanding financial help for parents in need, including rent and mortgage assistance, a moratorium on evictions and foreclosures and cash assistance.

Many of these issues are at the center of a political tussle in Washington, where Congressional Democrats and Trump administration officials will resume talks on Monday aimed at hammering out a coronavirus economic relief bill after missing a deadline to extend benefits to tens of millions of jobless Americans.

The coronavirus, which first appeared in China late last year, has infected 4.6 million people in the U.S. and killed more than 155,000 Americans since February, according to a Reuters tally. Deaths rose by over 25,000 in July and cases doubled in 19 states during the month.

President Donald Trump has made school reopenings for classroom instruction, as they normally would in August and September, part of his reelection campaign. The Republican president is trailing in opinion polls against Democratic candidate Joe Biden ahead of the Nov. 3 election.

"Cases up because of BIG Testing! Much of our Country is doing very well. Open the Schools!" Trump tweeted on Monday.

While reported case numbers may be linked to more testing, recent increases in hospitalizations and deaths have no connection to more people being tested for the virus.

The U.S. is in a new phase of the outbreak with infections in rural areas as well as cities, Deborah Birx, the coordinator of Trump's coronavirus task force, said Sunday.

"What we are seeing today is different from March and April. It is extraordinarily widespread," Birx said on CNN's "State of the Union" program.

On Monday, Trump lashed out at Birx for her comments. Trump accused Birx of capitulating to criticism from Democrats that the federal government’s response to the pandemic has been ineffective.

"So Crazy Nancy Pelosi said horrible things about Dr. Deborah Birx, going after her because she was too positive on the very good job we are doing on combatting the China Virus, including Vaccines & Therapeutics. In order to counter Nancy, Deborah took the bait & hit us. Pathetic!" Trump wrote.

House of Representatives Speaker Pelosi said on CNN on Monday that Birx has "enabled" Trump, who played down the seriousness of the virus in the early stages and pushed for a quick reopening of the economy and schools following weeks of lockdowns.

"I don't have confidence in anyone who stands there while the President says swallow Lysol and it's going to cure your virus," Pelosi said in a reference to Trump at a coronavirus briefing in April with Birx present.

Trump had asked whether injecting disinfectant into the body could be a treatment for the virus, leading makers of those products to issue warnings against doing so.