US to respond if NKorea continues to fire missiles, Biden says 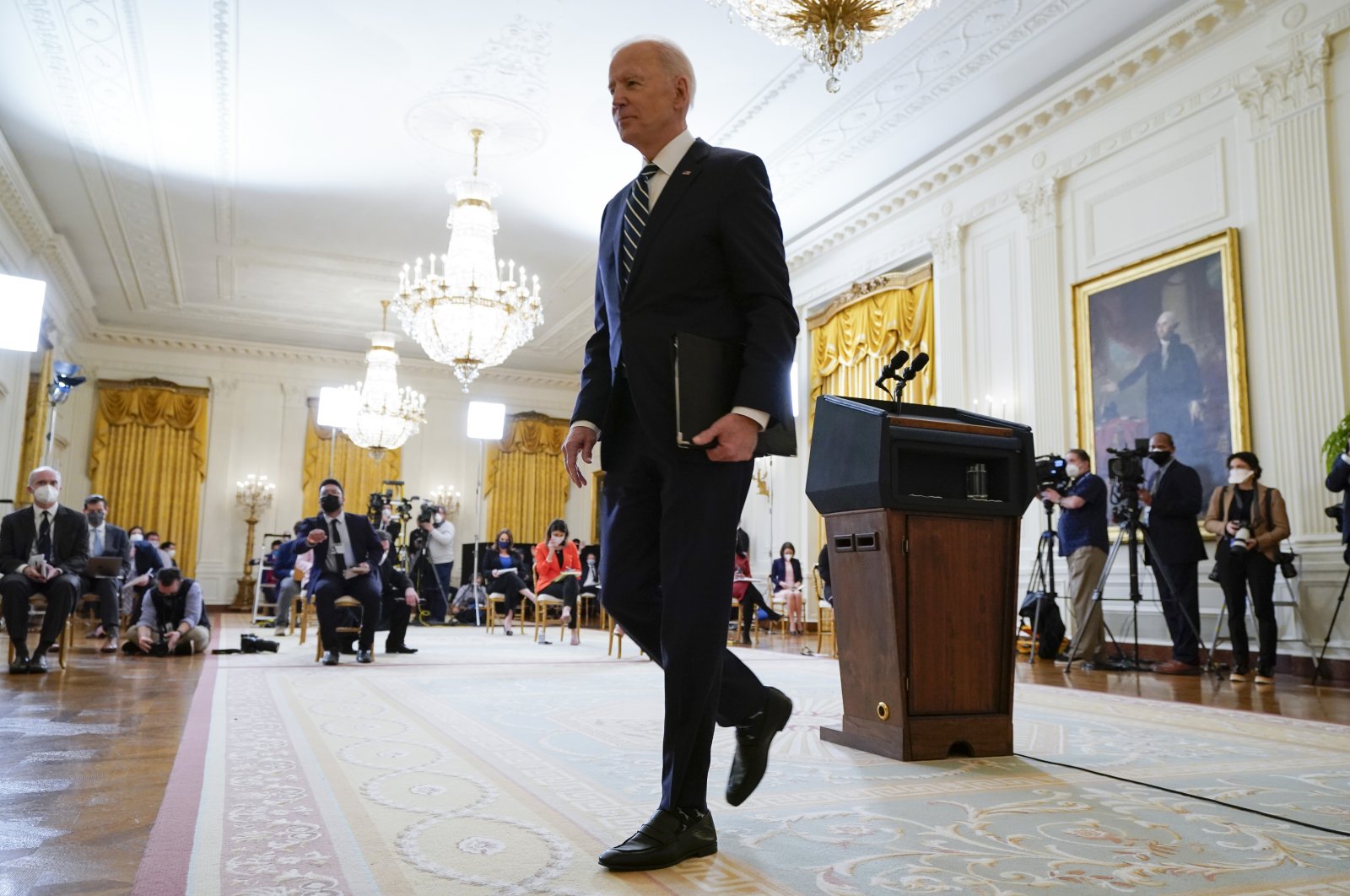 President Joe Biden leaves after speaking at a news conference in the East Room of the White House, Thursday, March 25, 2021, in Washington. (AP Photo)
by Agencies Mar 25, 2021 10:12 pm
RECOMMENDED

"We're consulting with our allies and partners, and there will be responses if they choose to escalate. We will respond accordingly," Biden told reporters after North Korea fired two ballistic missiles into the sea on Thursday.

"I'm also prepared for some form of diplomacy, but it has to be conditioned upon the end result of denuclearization," he continued.

When asked by a reporter if North Korea was his "top foreign policy issue," Biden responded: "Yes."

Biden to run for reelection

Amid speculation that Biden is laying the groundwork for Vice President Kamala Harris to run in 2024, the president said he was "a great respecter of fate" but plans to run.

"My plan is to run for reelection. That's my expectation," Biden said.

As a veteran politician, Biden likely was aware that any demurring on his political future would instantly become the narrative of the news conference and dominate talk in Washington.

'Hard to meet May 1 Afghanistan deadline'

Meanwhile, Biden also said it will be "hard" to meet the May 1 deadline to withdraw all American soldiers from Afghanistan as part of a Taliban deal, but stressed troops will not be there longterm.

"It is going to be hard to meet the May 1 deadline in terms of tactical reasons. It's hard to get those troops out," Biden said in his first press conference since taking office on Jan. 20.

"We will leave, the question is when we leave," he said. "But we're not staying a long time."

Asked whether he envisions U.S. soldiers still in Afghanistan in 2022, the president said: "I can't picture that being the case."

Under an agreement negotiated by the Donald Trump administration, the United States is supposed to pull out all its troops by May 1 in a deal that saw the Taliban agree to peace talks with the administration of Afghan President Ashraf Ghani.

Biden's acknowledgment comes one week after he said he was in the process of making a decision over the troops, and that a withdrawal on time "could happen, but it is tough."

Last week the Taliban warned there would be "consequences" if Washington did not stick to the agreed timetable – further raising pressure on the fragile peace process.

On Thursday, Biden noted ongoing international discussions on Afghanistan, including Secretary of State Antony Blinken's meetings with NATO allies that have troops in Afghanistan.

"And if we leave, we're going to do so in a safe and orderly way," Biden said.

The Taliban have largely stuck to a promise not to attack the U.S. or other foreign troops since the agreement was struck in February last year, but they say the date to end America's longest war is inflexible.

The Taliban also vowed not to allow the territory to be used by "terrorists" – the original goal of the U.S. invasion following the Sept.11, 2001 attacks.

But the supposed peace talks held in Qatar since September have made little progress.