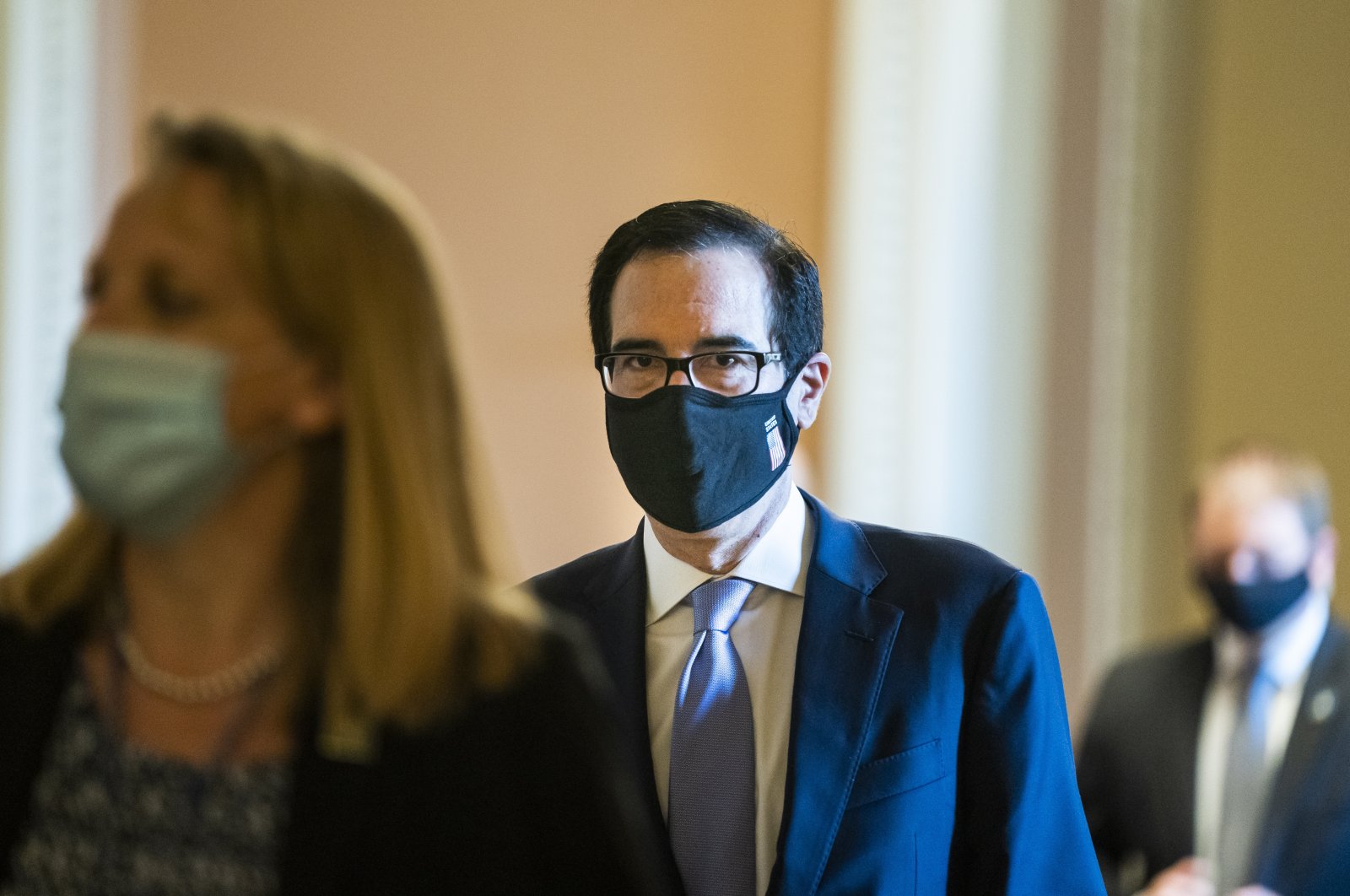 American families and businesses are feeling the pain amid the nationwide shutdowns, Mnuchin told a Senate committee, but reopening the economy will need to be done with caution.

With the U.S. death tally now over 90,000, some states have begun to reopen after two months of widespread closures, but the fear is many businesses may not survive.

Government data shows more than 30 million jobs have been destroyed by the lockdowns, at least temporarily, even though Congress rushed to approve nearly $3 trillion in relief, including expanded unemployment benefits.

"If a lockdown and shutdown continues indefinitely... there is the risk of permanent damage," Mnuchin said, adding that "we're conscious of the health issues" involved with reopening "and we want to do this in a balanced and safe way."

He appeared remotely before the Senate Banking Committee in an unusual joint appearance with Federal Reserve Chair Jerome Powell to review how officials are using the over $2 trillion CARES act that Congress approved in late March.

Powell also has been sounding the alarm about the pandemic's long-term impact both on the ability of workers to return to the labor force as well as on small and medium-sized businesses, which he called "the jobs machine of our great economy."

The pandemic erased all the jobs created in the previous 10 years, making "the scope and speed of this downturn... without modern precedent."

"If we allow unnecessary, avoidable insolvencies, because of effectively a natural disaster, that too, will destroy the work of many families and generations. It'll weigh on the economy," Powell said.

While the steps taken so far were quick and massive, including slashing the benchmark interest rate to zero and pumping trillions of dollars into the financial system, the Fed chief in recent days has repeatedly suggested that more will be needed.

"This is the biggest shock we've seen in living memory and the question looms in the air of 'Is it enough?'"

Powell was careful not to stray into recommending more spending, the purview of Congress, but he noted, "We're going to be getting a lot of information fairly quickly here, in terms of what may be needed" as businesses reopen.

Some lawmakers have complained that aid programs have been drained mostly by large corporations rather than the small businesses they were intended to help.

Mnuchin said the government is willing to take risks with the funds it has put up to help the economy withstand the unprecedented hit from the coronavirus pandemic.

Democrats in the House of Representatives have approved another $3 trillion aid program, but Republicans senators argue more time should be given for existing relief measures to make their way through the economy.

Asked if the administration would favor a middle-class tax cut, the Treasury secretary said, "I think that is something that should be seriously considered."