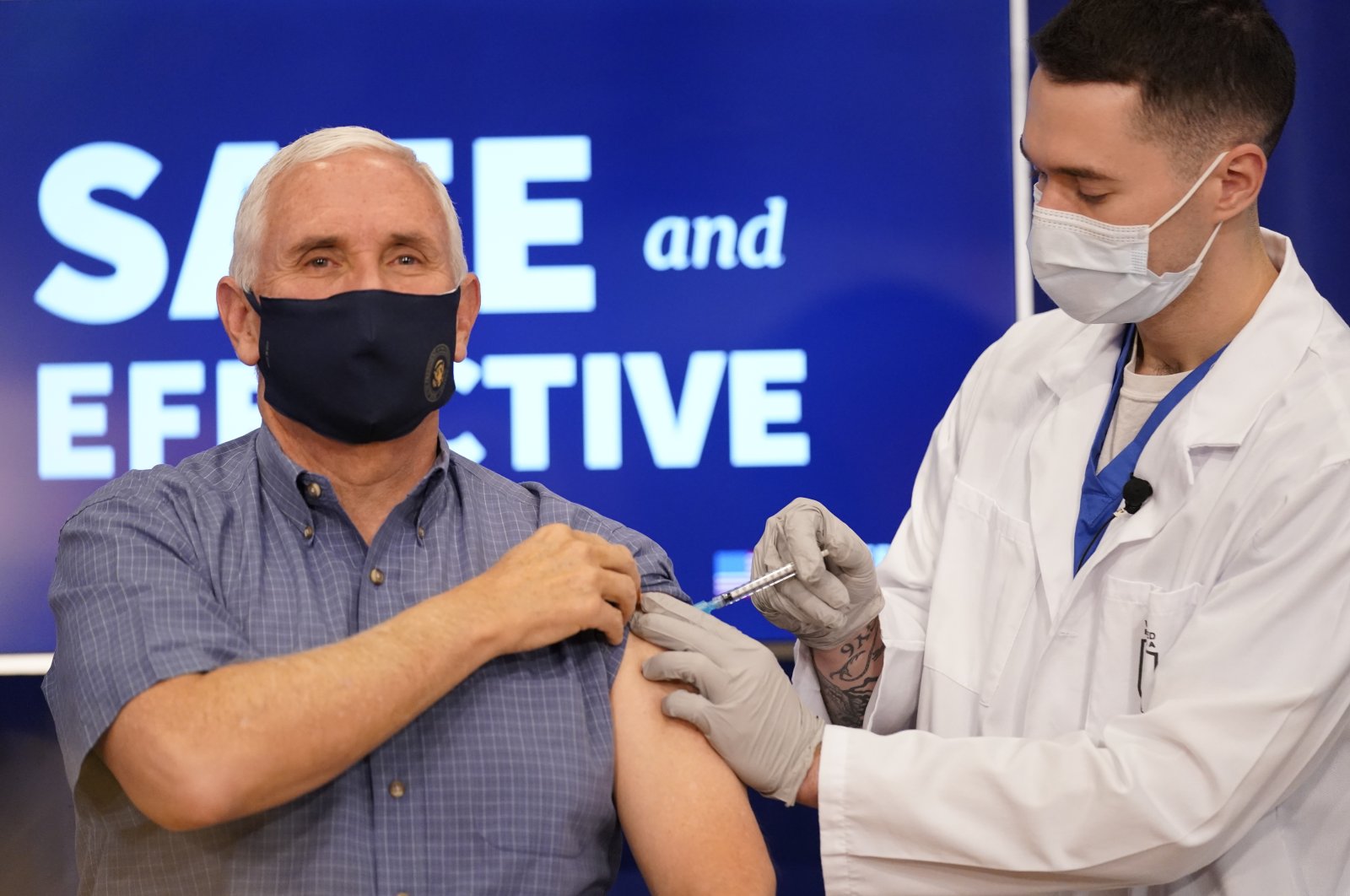 The U.S. vice president received a COVID-19 vaccine shot live on television Friday in a public display designed to boost national confidence in the drug even as President Donald Trump sparked confusion over approval for a second anti-coronavirus drug.

"Building confidence in the vaccine is what brings us here this morning," VP Mike Pence said after being injected at the White House, quipping: "I didn't feel a thing."

Pence, his wife Karen and the lead public health official in the country, Surgeon General Jerome Adams, were all given the Pfizer and BioNTech vaccine in the annex to the White House.

Signaling the importance given to the event, top infectious diseases expert Anthony Fauci and Centers for Disease Control and Prevention Director Robert Redfield were also in the room. The notable absence was Trump himself. He has sent mixed messages about the seriousness of COIVD-19 throughout the crisis, even as the U.S. death toll topped 300,000 this month.

However, he has been keen to take credit for the historic speed of vaccine development. Early Friday he tweeted that a second drug made by Moderna had been "overwhelmingly approved" and that "distribution to start immediately."

This sparked some confusion – while an advisory panel recommended emergency use approval for Moderna's vaccine on Thursday, the Food and Drug Administration (FDA) has yet to give the final verdict allowing distribution – expected later Friday.

Trump himself has made clear he is not planning to take the vaccine imminently, citing the belief that his recovery from a brief but severe bout of COVID-19 has given him immunity.

"He will receive the vaccine as soon as his medical team determines it's best. But his priority is frontline workers, those in long-term care facilities," White House Press Secretary Kayleigh McEnany said.

Trump's relative silence on the subject, however, indicates that he does not want to be associated with the image of people taking the shots. This would be in keeping with his attitude through most of the pandemic that the dangers of COVID-19 were being exaggerated as a ploy to harm his chances in the November election, which he lost, although he refuses to concede. The winner of the election, Joe Biden, is set to take the vaccine in public soon.

Large numbers of Americans subscribe to the anti-vaccination movement and hostility to the COVID-19 vaccines, in particular, has been stirred by influential right-wing media personalities.

"It feels false because it is, it's too slick," Fox News host Tucker Carlson, a favorite of Trump, told his viewers late Thursday.

There is also a focus of mistrust among African Americans, a group that Adams, who is black, addressed after he got his dose.

Americans should not "let misinformation and mistrust cause you to make a decision that is bad for your health," he said.