US virus death toll eclipses Italy's for highest in the world 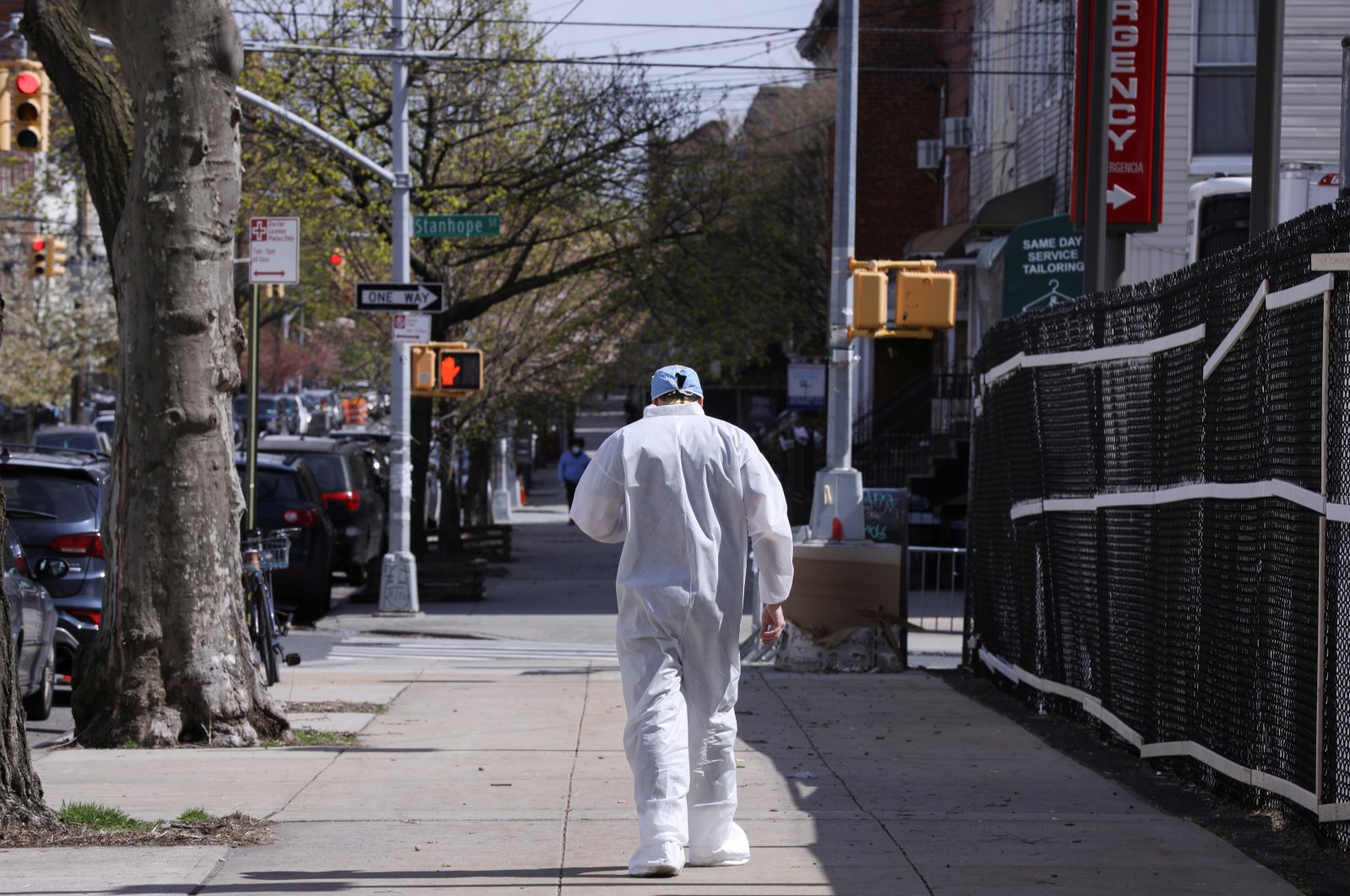 The U.S. has crossed 20,000 COVID-19 deaths, overtaking Italy as the country with the highest number of casualties, about half of which was in the New York metropolitan area

The U.S. passed the grim milestone of 20,000 coronavirus deaths, overtaking Italy with the New York area still deep in crisis and fear mounting over the spread of the scourge into the nation’s heartland.

The outbreak’s epicenter has shifted from China to Europe and the U.S., which now has by far the largest number of confirmed cases – over a half-million – and a death toll higher than Italy's count of nearly 19,500, according to the tally kept by Johns Hopkins University. Italy, the hardest-hit country in Europe with a population a fifth the size of the U.S., recorded 19,468 confirmed virus fatalities.

The death rate – the number of deaths relative to the population – is still far higher in Italy than in the U.S., which has more than five times as many people. And worldwide, the true numbers of dead and infected are believed to be much higher because of testing shortages, different counting practices and concealment by some governments.

About half the deaths in the U.S. are in the New York metropolitan area, where hospitalizations are nevertheless slowing and other indicators suggest lockdowns and social distancing are “flattening the curve” of infections and staving off the doomsday scenarios of just a week or two ago.

New York state on Sunday reported 758 more deaths, for a total of over 9,000. Gov. Andrew Cuomo said on Saturday the daily number of deaths is stabilizing, “but stabilizing at a horrific rate.”

In the midwest, Chicago and other cities across the region braced for a potential surge in victims and moved to snuff out smoldering hot spots of contagion before they erupt. Twenty-four residents of an Indiana nursing home hit by COVID-19 have died, while a nursing home in Iowa saw 14 deaths. Chicago's Cook County has set up a temporary morgue that can take more than 2,000 bodies. And Chicago Mayor Lori Lightfoot has been going around telling groups of people to “break it up.”

Trump said this past week that the disease was near its peak in the U.S. and he was considering ways to reopen the world's biggest economy as soon as possible. "We look like we'll be coming in on the very, very low side, below the lowest side of the curve of death," Trump said in an interview with Fox News.

Elsewhere, in Britain, the death toll continued to mount and fatalities are likely to soon top 10,000. Virus-stricken Prime Minister Boris Johnson was released from the hospital Sunday after he was admitted for coronavirus last Sunday, and spent three days in intensive care.

Germany registered on Sunday for the first time more fully recovered coronavirus patients than people still infected with the virus, according to the country's disease control agency. The Robert Koch Institute reported 60,200 recoveries as of Sunday, compared to 57,606 current COVID-19 infections, raising hope that the country's measures to fight the coronavirus outbreak were bearing fruit.

The institute recorded a total of 120,479 coronavirus cases so far, including those who recovered, outstanding infections and those who died from the virus. The country's death toll reached 2,673, with 129 new deaths reported by the local health authorities as of Sunday morning. Germany has the fifth-highest tally of reported COVID-19 infections in the world, ranking behind the U.S., Spain, Italy and France. But its death toll remains far lower than other hard-hit countries.

Since appearing in China last December, the novel coronavirus has spread to at least 185 countries and regions, with its epicenter having shifted to Europe and the U.S. Data compiled by the U.S.-based Johns Hopkins University shows that worldwide infections have reached 1.78 million, with the death toll nearing 110,000. Almost 412,000 people have recovered.