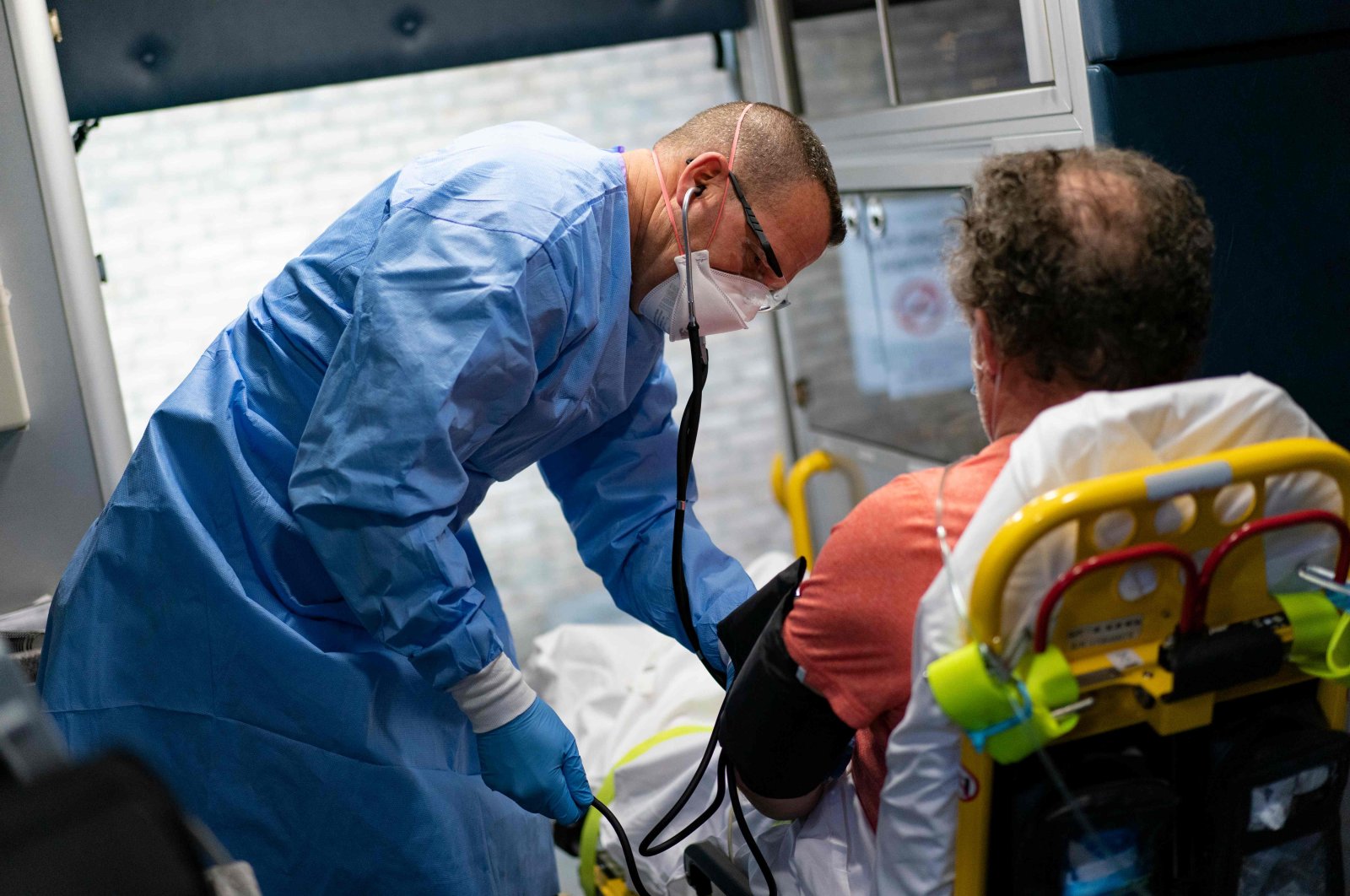 A firefighter with Anne Arundel County Fire Department takes the blood pressure of a suspected COVID-19 patient as he is transported to the hospital in Glen Burnie, Maryland, May 3, 2020. (AFP Photo)
by REUTERS May 05, 2020 8:23 pm

U.S. deaths from the novel coronavirus surged past 70,000 on Tuesday, according to a Reuters tally, as a key forecasting model nearly doubled its previous estimate for fatalities.

Nearly 1.2 million people in the United States have tested positive for COVID-19, more than the combined total of the next largest outbreaks in Spain, Italy, the United Kingdom, France and Germany.

A University of Washington research often cited by White House officials on Monday nearly doubled its projected U.S. death toll to over 134,000 by Aug. 4.

The revision reflected "rising mobility in most U.S. states" with an easing of business closures and stay-at-home orders expected in 31 states by May 11, the institute said.

The revised projection coincided with disclosure of an internal Trump administration forecast predicting a surge in fatalities to 3,000 a day by the end of May, up from about 2,000 now in a tally by Reuters.

The U.S. coronavirus outbreak is deadlier than any flu season since 1967 when about 100,000 Americans died, according to the U.S. Centers for Disease Control and Prevention. COVID-19 deaths in the United States also have eclipsed in a few months the 58,220 Americans killed during 16 years of U.S. military involvement during the Vietnam War.

The current trajectory of COVID-19 falls far short of the 1918 Spanish flu, which killed 675,000 Americans.

There is as yet no treatment or vaccine for coronavirus, while flu vaccines and treatments are widely available.