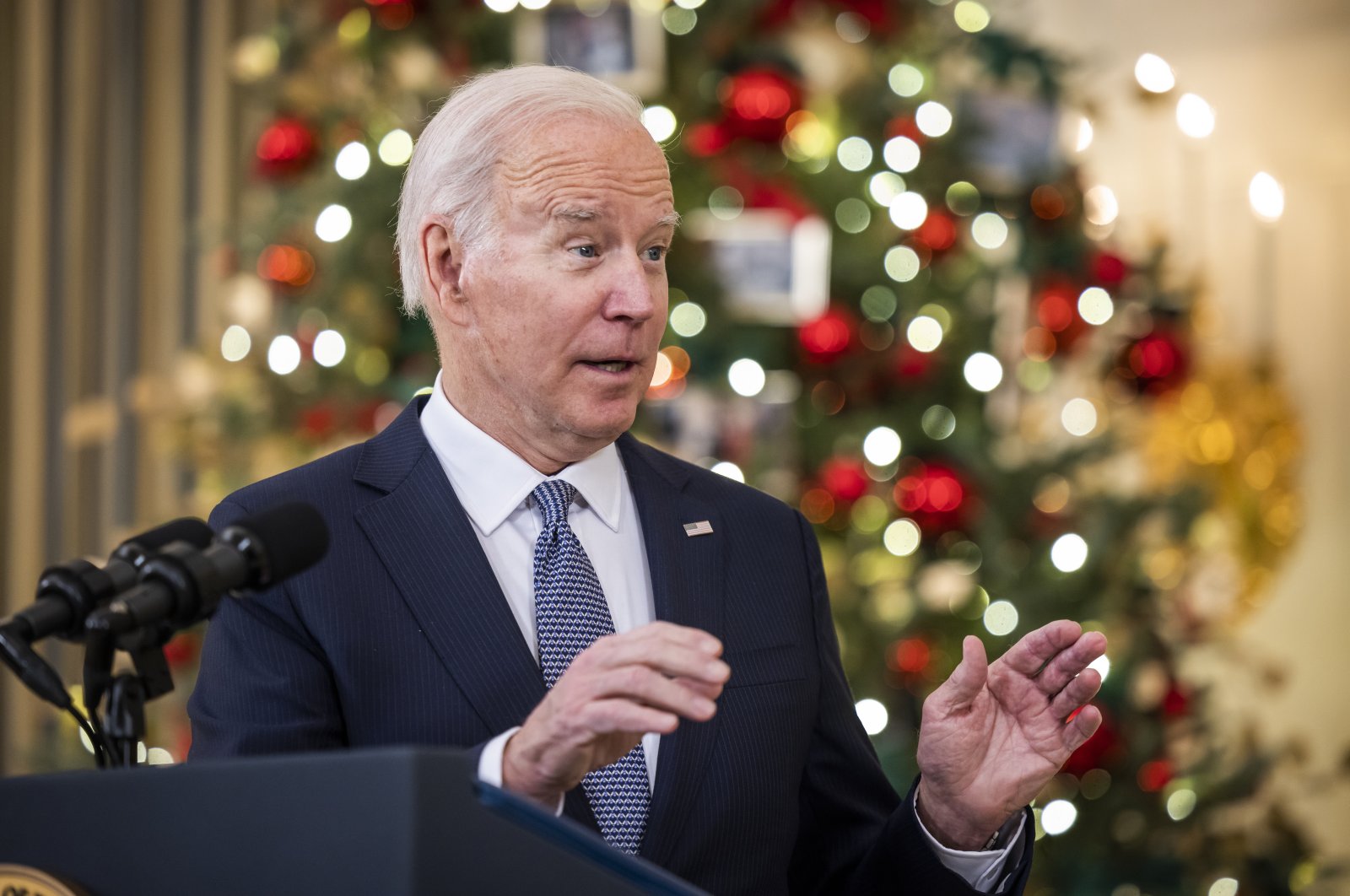 United States President Joe Biden said Friday he would make it "very, very difficult" for Russia to launch any invasion of Ukraine, which warned that a large-scale attack could be planned for next month.

Washington and Kyiv say Moscow has massed troops near Ukraine's borders and accuse Russia of planning an invasion.

The Kremlin denies the allegations, and on Friday said that a video call would take place next week between President Vladimir Putin and Biden.

Biden told reporters he was putting together "the most comprehensive and meaningful set of initiatives to make it very, very difficult for Mr. Putin to go ahead and do what people are worried he may do."

Moscow seized Crimea from Ukraine in 2014 and has since backed separatists fighting Kyiv in the east of the country. The conflict has left more than 13,000 dead.

"The most likely time to reach readiness for escalation will be the end of January," Ukrainian Defense Minister Oleksiy Reznikov told parliament in Kyiv on Friday.

The minister said a "winter training period" had started in Russia and that Moscow had already launched exercises near Ukrainian territory.

He estimated that Russia had around 100,000 troops near Ukraine's border.

'This is our land'

On the front line in eastern Ukraine, government troops said they were ready to repel any Russian assault.

"Our task is simple: not to let the enemy enter our country," a soldier named Andriy, 29, told Agence France-Presse (AFP) while smoking in a trench near the front line town of Svitlodarsk.

"All our guys are ready to hold them back. This is our land, we will protect it until the end," another soldier, Yevgen, 24, added.

Kremlin foreign policy adviser Yuri Ushakov told reporters a date had been agreed for the Putin-Biden video summit but would not be announced until final details of the talks have also been set.

The United States has said the call is planned but has not confirmed any date.

Asked if he had spoken to Putin on Friday morning, Biden shouted "no" as he left the press conference on employment data in Washington.

Despite increased contacts between the two rivals since Putin and Biden met for the first time at a summit in Geneva in June, tensions remain high.

As well as the Ukraine conflict, Russia and the U.S. continue to argue over cyberattacks and the staffing of their embassies, after several waves of diplomatic expulsions.

Ukrainian Foreign Minister Dmytro Kuleba told AFP on Friday that it rejects any efforts to get it to scrap its plans to join NATO.

Moscow wants to see an end to NATO's eastward expansion after much of Eastern Europe joined the alliance following the collapse of the Soviet Union.

Agreeing to abandon its plans to join the alliance "is not an option," Kuleba said on the sidelines of an OSCE meeting in Stockholm.

"I reject this idea that we have to guarantee anything to Russia. I insist that it's Russia who has to guarantee that it will not continue its aggression against any country," he said.

NATO officially opened the door to Ukrainian membership in 2008, though no progress has been made since.