US will lose fewer lives to COVID-19 than initially projected, Trump says 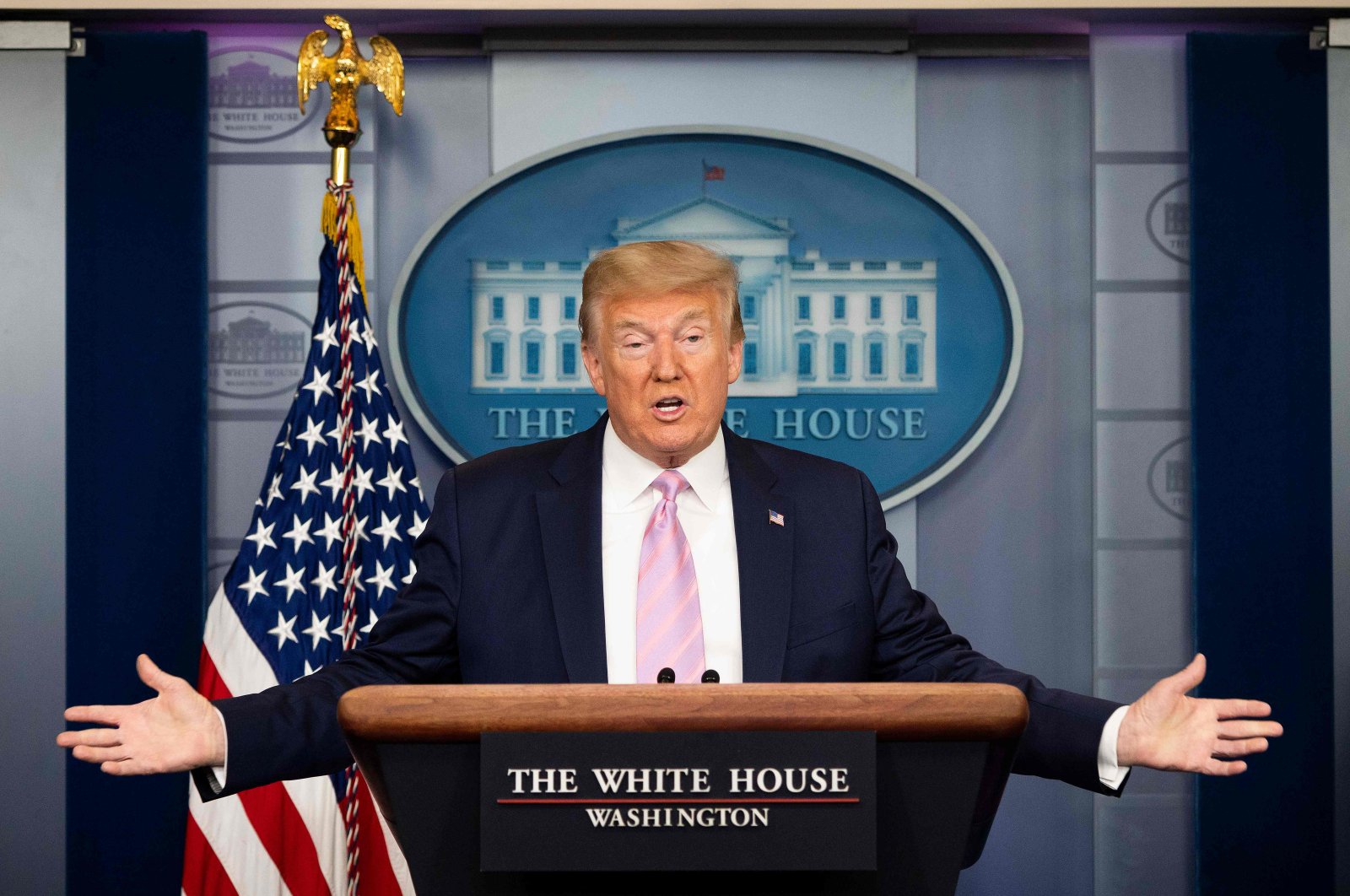 US President Donald Trump speaks during the daily briefing on the novel coronavirus in the Brady Briefing Room at the White House in Washington, D.C. on April 10, 2020. (AFP Photo)
by REUTERS Apr 10, 2020 9:17 pm
RECOMMENDED

U.S. President Donald Trump said on Friday that he thinks the United States will lose fewer than the initially projected 100,000 lives to COVID-19.

At a White House briefing, Trump suggested that the United States is nearing its peak infection rate and said the nationwide number of new coronavirus cases is flattening, with the situations in New Orleans, Louisiana, and Detroit, Michigan, stabilizing.

U.S. deaths due to the virus topped 18,100 on Friday, according to a Reuters tally.

Trump said there were signs that the aggressive social distancing and stay-at-home measures taken to combat the coronavirus were showing signs of success, even as leaders cautioned the faithful not to gather in churches on the Easter Sunday holiday.

Trump said he was getting fewer calls from governors urgently seeking equipment and help.

Dr. Deborah Birx, the coordinator of the White House task force on the coronavirus, said the United States was starting to flatten the curve the way Italy did, with a lot of the success coming in New York City.

Officials have pointed to declining rates of coronavirus hospitalizations and the need for intensive care in hard-hit New York as signs that social distancing measures are paying off.

"You can see for the first time in the United States we're starting to level on the logarithmic phase like Italy did about a week ago. This gives us great heart, not only in specific places, but we're starting to see that change," she said.

She said they are still seeing cases occurring in Boston and Chicago but their rate of increases seems to be stabilizing.

Trump also said that he will make an announcement next week on U.S. funding to the World Health Organization, which he has recently threatened to cut.

"As you know, we have given them approximately $500 million a year, and we are going to be talking about that subject next week. We'll have a lot to say about it," Trump told a news conference in the White House.

He said he would make the announcement "sometime next week."