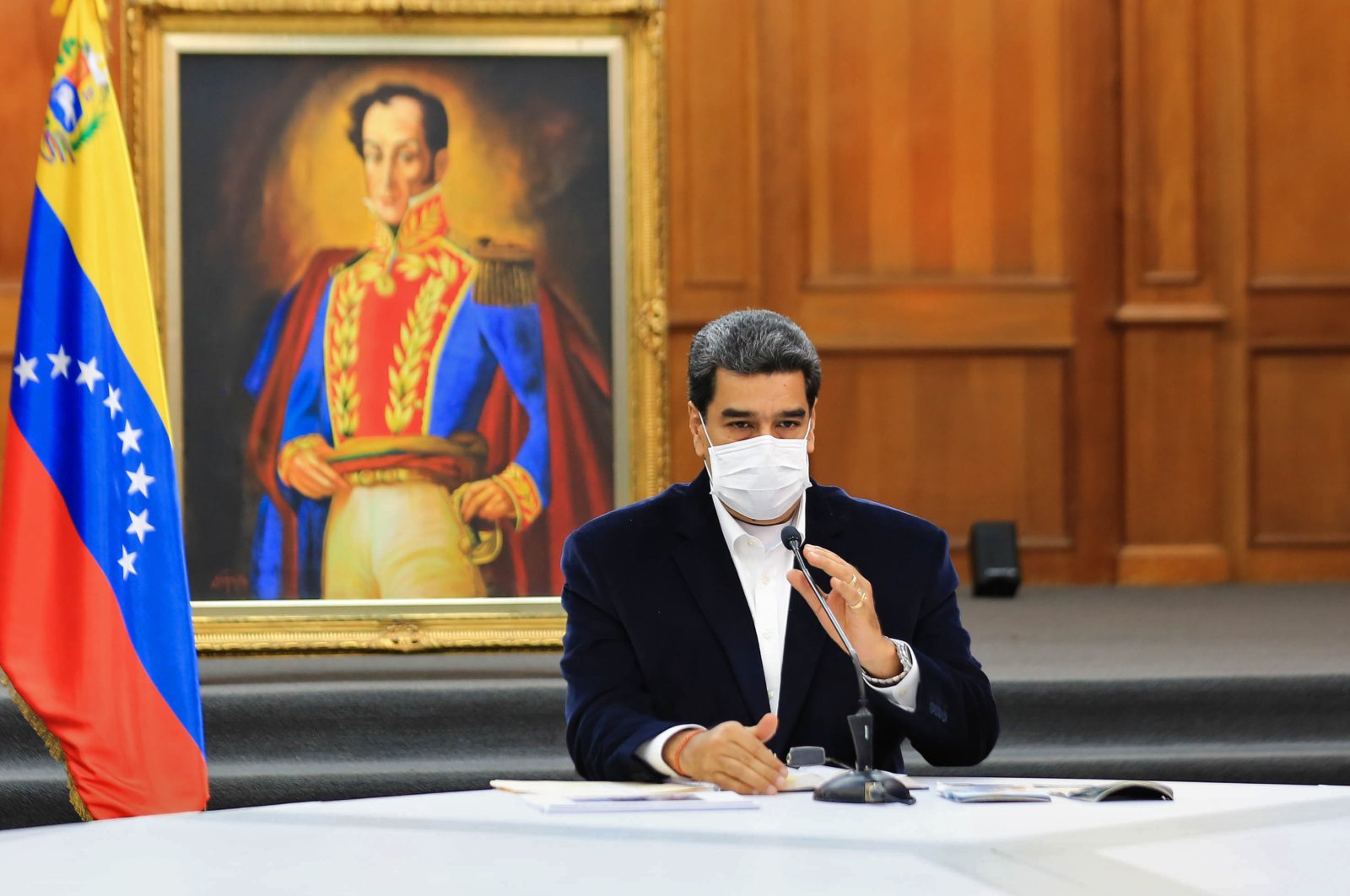 Venezuela's President Nicolas Maduro wears a face mask during a meeting with members of the Bolivarian National Armed Forces (FANB) at Miraflores Presidential Palace, Caracas, May 4, 2020. (AFP Photo)
by Compiled from Wire Services May 05, 2020 11:57 am
RECOMMENDED

Two Americans were detained in Venezuela on Monday on suspicion of plotting to topple President Nicolas Maduro's government, which has accused U.S.-backed opposition leader Juan Guaido of bankrolling the scheme. The arrests came a day after the government said it foiled an "invasion" from the sea, killing eight assailants and capturing two others.

Maduro appeared on state television to show the passports of Luke Denman, 34, and Airan Berry, 41, and told the Venezuelan military high command that the pair were members of the U.S. security forces. Maduro held up a pair of blue U.S. passports, reading off the names and birth dates on them in a nationwide broadcast on state television. He showed images of the fishing boats the alleged attackers rode in on and equipment like walkie-talkies and night-vision glasses collected in what Maduro called an “intense” couple of days.

Florida-based ex-Green Beret Jordan Goudreau said earlier Monday that he was working with the two men in a mission intending to detain Maduro and “liberate” Venezuela. Goudreau has claimed responsibility for the operation. The two served in Iraq and Afghanistan with him in the U.S. military, Goudreau said, adding that they were part of this alleged mission in Venezuela called “Operation Gideon.” The aim was to capture Maduro.

The U.S. had attempted to remove the Venezuelan president three times in 2019. Maduro thwarted the most recent coup attempt against his government as Guaido's call on the military appeared not to have triggered a wider revolt. The military has so far supported Maduro and refused to back Guaido, who declared himself interim president in January 2019 and has backing from dozens of countries, including most of Latin America and the U.S. Maduro has called Guaido a U.S.-backed puppet who seeks to oust him in a coup.