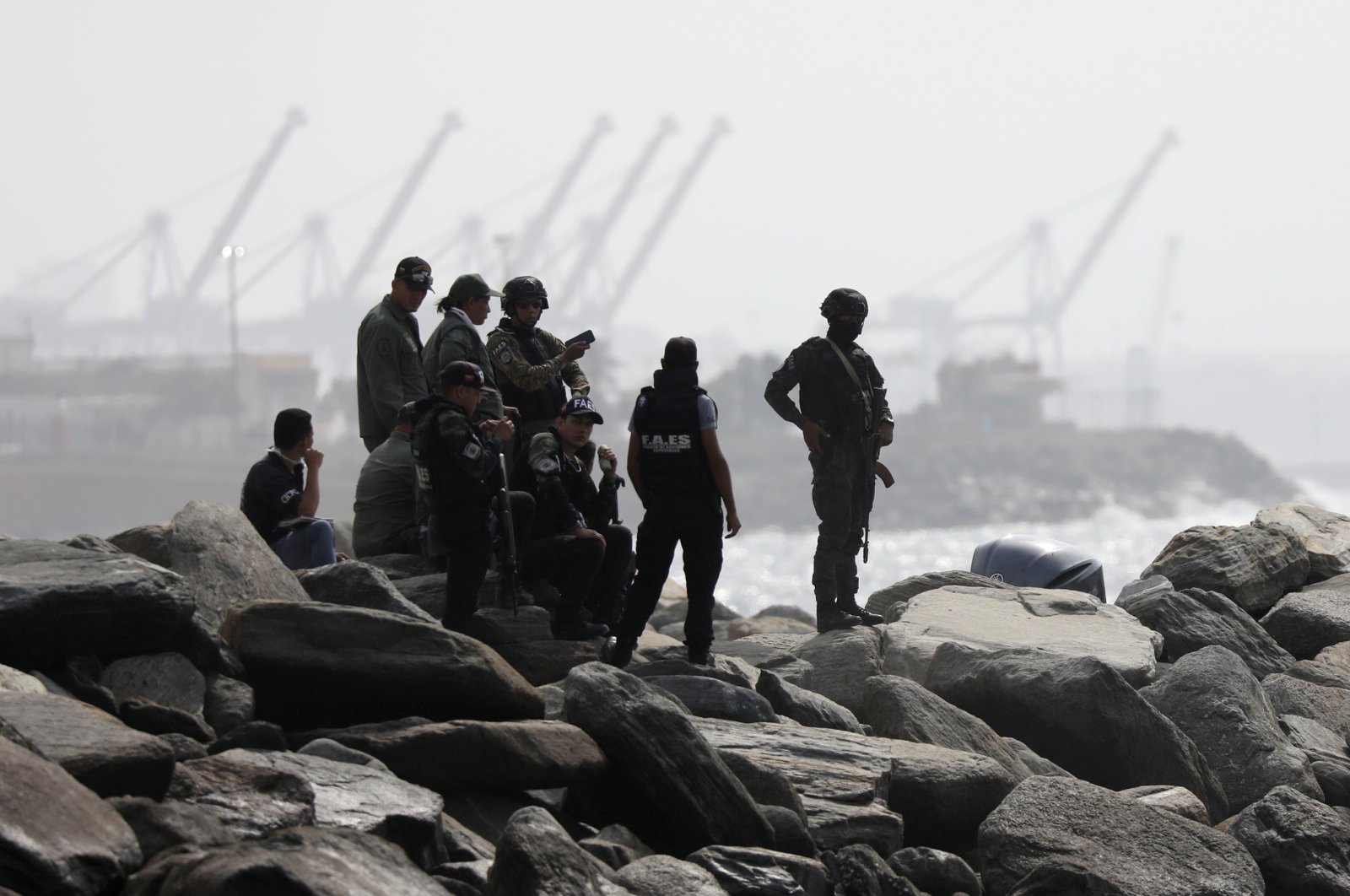 Members of a Venezuelan special forces unit seen at a shore, after the government announced a failed "mercenary" incursion, Macuto, May 3, 2020. (REUTERS Photo)
by ASSOCIATED PRESS May 04, 2020 12:27 pm
RECOMMENDED

Venezuelan officials said they foiled an early morning attempt by a group of armed “mercenaries” to invade the country in a beach landing using speedboats Sunday, killing eight attackers and arresting two more.

Socialist party chief Diosdado Cabello said that two of the attackers were being interrogated by authorities. Cabello said it was carried out by neighboring Colombia with the U.S. backing the plot to overthrow President Nicolas Maduro – a claim dismissed by U.S. and Colombian officials.

“Those who assume they can attack the institutional framework in Venezuela will have to assume the consequences of their action," said Cabello, adding that one of the detained claimed to be an agent of the U.S. Drug Enforcement Administration (DEA).

Both Colombia and the U.S. have repeatedly denied previous Venezuelan allegations of backing military plots against the socialist government.

“We have little reason to believe anything that comes out of the former regime,” said a spokesperson with the State Department Bureau of Western Hemisphere Affairs, speaking Sunday on condition of anonymity, referring to Maduro’s government. “The Maduro regime has been consistent in its use of misinformation in order to shift focus from its mismanagement of Venezuela.”

Venezuelan Interior Minister Nestor Reverol described the attackers as “mercenary terrorists” bent on destabilizing Venezuela's institutions and creating "chaos." Officials said the attack took place on a beach in La Guaira, about 20 miles (32 kilometers) from Caracas and home to the nation's largest airport. Authorities say the attackers had vehicles and heavy arms waiting for them in the port city.