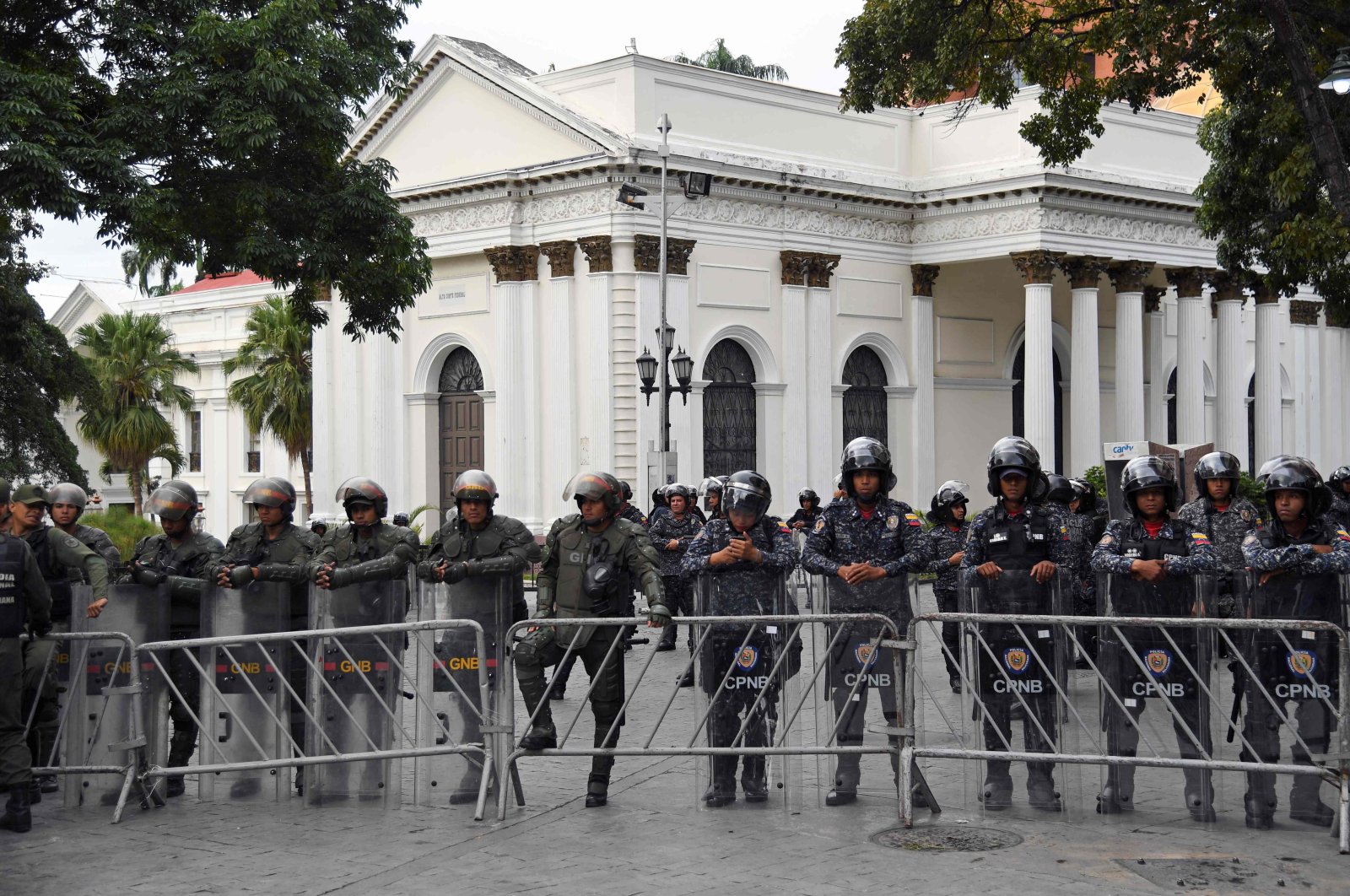 Members of the Bolivarian National Guard and National Police stand guard outside of the National Assembly in Caracas, Venezuela, Jan. 5, 2020. (AFP Photo)
by French Press Agency - AFP
Jul 01, 2020 11:35 am

Venezuelans will head to the polls in December to renew the National Assembly, the country's electoral authority announced Tuesday.

Candidates will contest an expanded number of seats in the new legislature, which will increase from 167 to 277, said Indira Alfonzo, the president of the recently appointed National Electoral Council.

"We unanimously debated and built the special rules that will govern this December's parliamentary elections," Alfonzo said, announcing the increase in seats. She did not specify a date for the poll.

"We will prepare for the birth of a new National Assembly," he said, speaking on the official television station VTV.

The opposition, led by National Assembly Speaker Juan Guaido, has accused Maduro's government of wanting to hold elections without meeting "the minimum conditions of transparency."

The main opposition parties had already announced a boycott of the polls, and the U.S. accused Maduro of attempting to rig the election by naming a regime-friendly electoral authority.

The U.S. is one of the dozens of countries formally backing Guaido as the country's leader that refuses to recognize Maduro on the grounds that his 2018 reelection was rigged.

Maduro, who succeeded former President Hugo Chavez after his death in 2013, has frustrated several attempts to unseat him, including a failed uprising called by Guaido, and crucially retains the support of the powerful armed forces.

The National Assembly, whose power is largely symbolic compared to the Constituent Assembly, is the only government institution in opposition hands. The government lost control of the legislature in December 2015 when the opposition routed Maduro's Socialist Party, winning 112 of the 167 seats.