Venezuela's Maduro claims capture of US spy near refineries 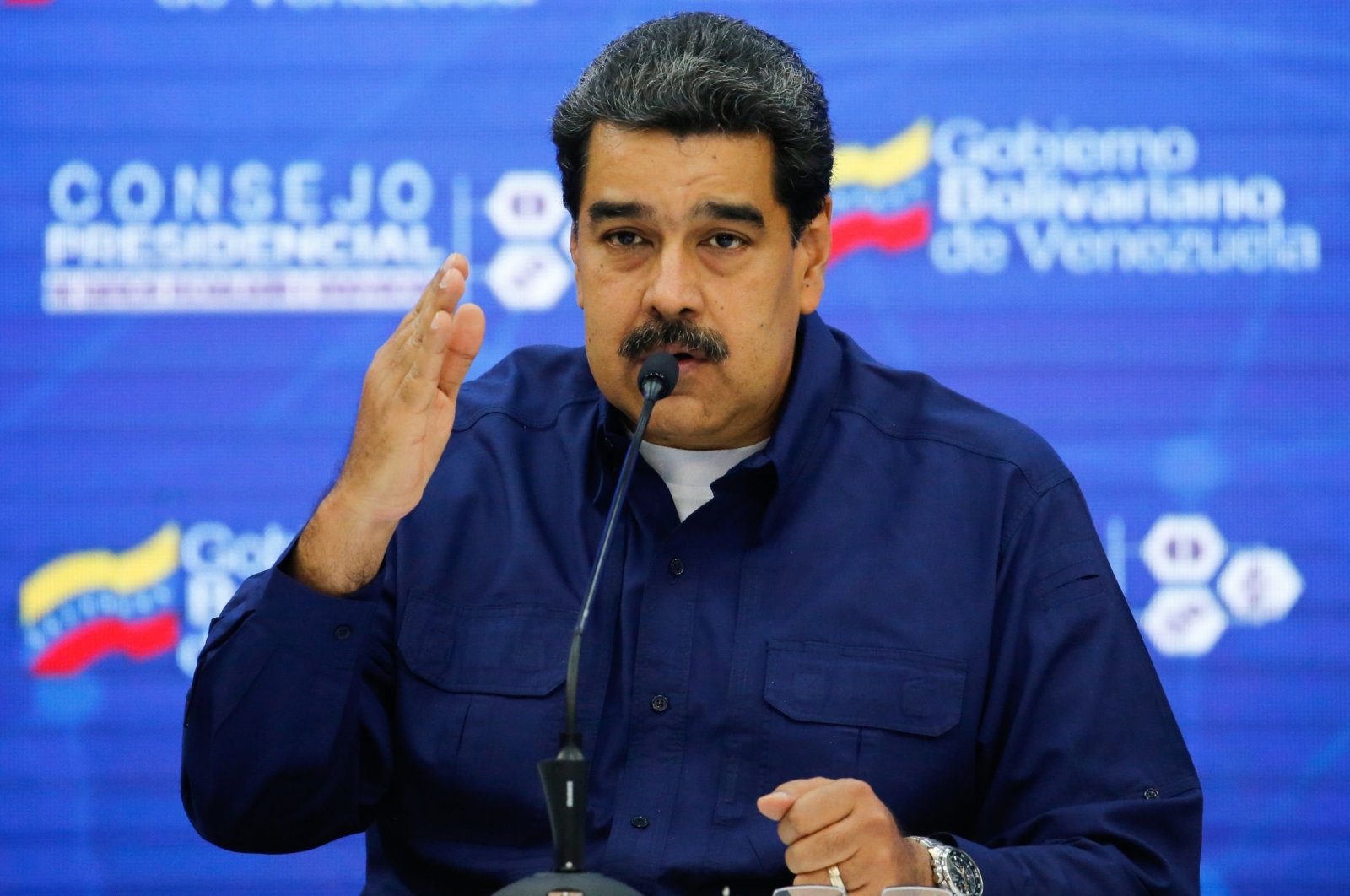 A handout picture released by the Venezuelan presidency showing Venezuelan President Nicolas Maduro talking during a meeting with ministers in Caracas on February 18, 2019
by ASSOCIATED PRESS Sep 12, 2020 9:21 am
RECOMMENDED

President Nicolas Maduro announced Friday that Venezuelan authorities had captured a U.S. spy targeting a pair of refineries on the country's Caribbean coast.

The spy, Maduro alleged, was a Marine who had served as a CIA operative in Iraq. He gave no identity or other immediate proof to support the claim, saying more details would follow, such as photos and video.

The suspect was captured Thursday while possessing specialized weapons and a large sum of dollars, Maduro said, adding that the man was being interrogated about his activities around the Amuay and Cardon refineries in Falcon state.

Maduro, an adversary of the United States, also said Venezuelan authorities had dismantled a plot on Wednesday that was aimed at blowing up a third refinery, El Palito in Carabobo state.

He urged the once oil-rich nation, currently gripped by a deep gasoline shortage to be on alert for more attacks.

"The gringo empire wants revenge against Venezuela,” he said. "It wants to prevent Venezuela from producing all petroleum products and gasoline.”

Oil once made Venezuela a wealthy nation, but critics of Maduro say two decades of socialist rule have left it near ruin. Its dilapidated oil fields and refineries barely produce, and the nation today relies on imports from Iran, another U.S. foe.

A second, deep scarcity of gasoline struck in recent days, frustrating drivers stuck in lines for hours and days to fuel up, even in the capital of Caracas. Analysts say the next three Iranian ships hauling fuel won't arrive for weeks.

If Maduro's claim of netting a U.S. citizen prove correct, the suspect would join two ex-Green Beret soldiers already jailed in Venezuela for allegedly participating in a failed attempt to overthrow the socialist leader.

The ex-green berets – Luke Denman Airan Berry Venezuela – have been sentenced to 20 years in prison. Authorities say the two men confessed to being part of the plot.

While the Trump administration denied having anything to do with the blundered May incursion, Washington backs Venezuelan opposition politician Juan Guaido, who seeks to overthrow Maduro.