'Whatever it takes. We have to win': Trump ready to pay own cash in uphill fight for reelection 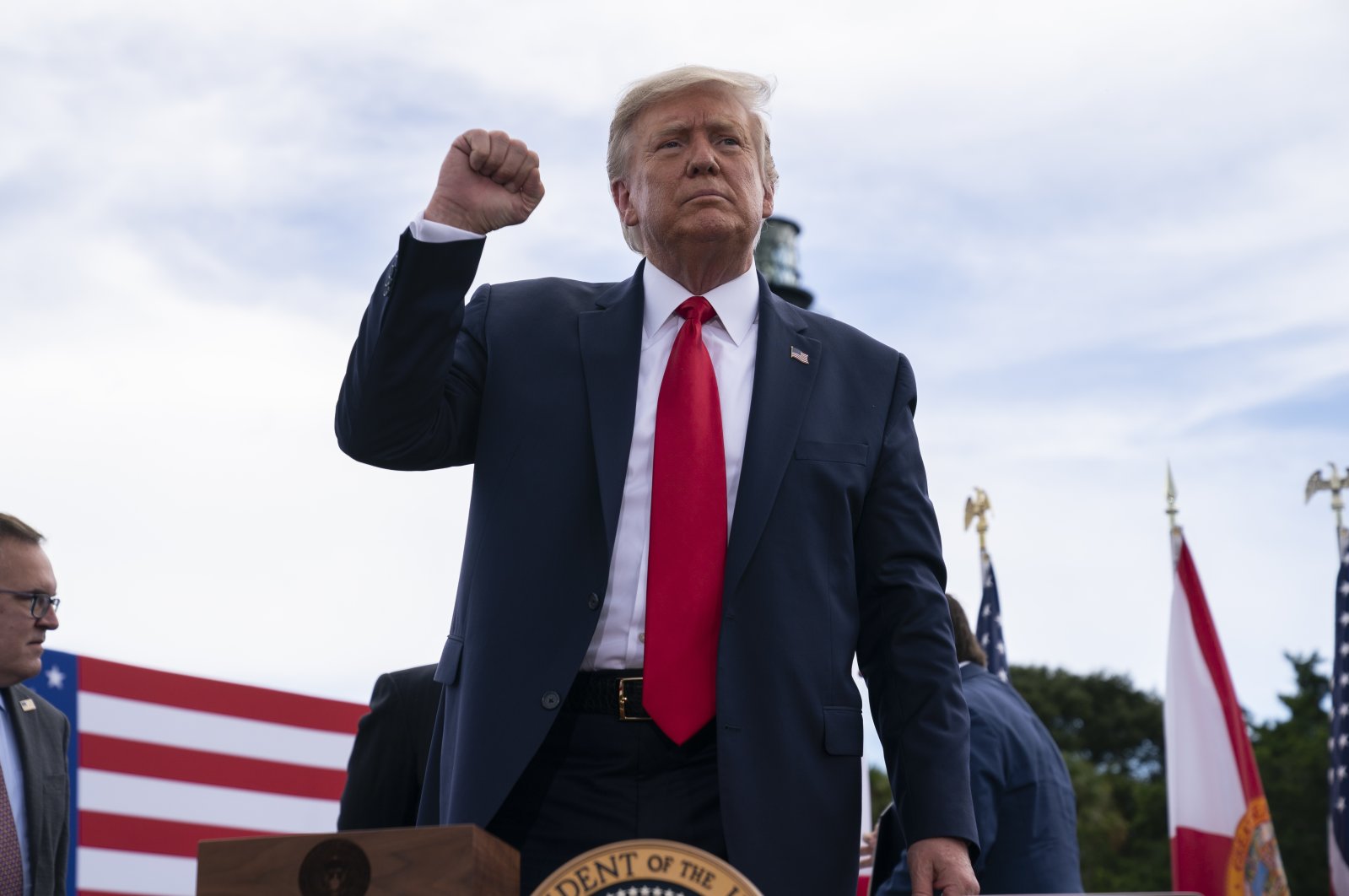 President Donald Trump said Tuesday he may have to dip into his own pocket to finance a reelection campaign struggling to attract donors and voters alike with only eight weeks to go.

The acknowledgment that his once-vaunted fundraising machine may need help from his real estate fortune underlined the obstacles facing the Republican as he set off on a tour of five swing states vital to racking up even a narrow electoral college victory on Nov. 3.

"If I have to, I will," Trump told reporters when asked about spending his own cash. "Whatever it takes. We have to win."

He flew to Jupiter, Florida, for a speech with supporters in the must-win state before getting back on Air Force One to speak in North Carolina – a swing state that went his way in 2016 but threatens to flip to Democrat Joe Biden.

On Thursday he heads to Michigan and on the weekend Nevada.

Friday, Trump and Biden will both be in Pennsylvania – another electoral battleground – for 9/11 commemorations at the Flight 93 National Memorial, in Shanksville.

It was not clear whether they might declare a brief truce and appear jointly at the ceremony remembering the passengers who died after attacking their hijackers on Sept. 11, 2001, sending the doomed plane into a field.

Biden, who was already in Pennsylvania on Labor Day Monday, will be in Michigan on Wednesday, while his vice presidential pick Kamala Harris goes to Florida and his wife Jill Biden visits Minnesota – a state Trump is pushing hard to flip.

Trump is touting promises of a quick coronavirus vaccine – possibly right before polling day – and a booming economic recovery in hopes of righting his campaign.

But Biden, who is hammering at Trump's handling of the coronavirus pandemic, maintains a healthy lead in national polls and much smaller but consistent advantages in the swing states.

In response, Trump has thrown everything he can at Biden in the last couple weeks, calling him "stupid," accusing him of being a puppet of socialist revolutionaries and claiming that sometimes violent anti-racism protests are a harbinger of Democratic-led mass chaos.

"Suburban voters are pouring into the Republican Party because of the violence in Democrat-run cities and states. If Biden gets in, this violence is 'coming to the Suburbs,' and FAST," Trump tweeted Tuesday, repeating what has become one of his core re-election messages.

"You could say goodbye to your American Dream!"

The campaign's financial situation is a surprise.

Trump has effectively been campaigning for a second term throughout his administration, filing the paperwork for a run the same day as his 2017 inauguration.

Since the start of 2019, his campaign has spent some $800 million, more than twice as much as that of Biden.

But despite that head start and the campaign's boastful descriptions of itself as a "juggernaut," the Trump train is reportedly hitting a funding wall.

Biden, who began his quest for the White House with a slow, poorly funded effort, surprised many by overtaking Trump in the fundraising stakes this August with a $365 million haul – shattering previous monthly records.

Now Trump will find the bills piling up as he accelerates travel, voter outreach and – above all – expensive television ad efforts ahead of Nov. 3.

On Twitter, Trump said any financial woes were the fault of the media because he'd been "forced to spend in order to counter the Fake News."

For his entire first term, Trump has become used to dominating the news cycle, but as election day approaches, the Republican showman's grip on the script is slipping.

COVID-19 has ended his favorite platform of large rallies in noisy arenas and his seemingly killer instinct for defining opponents with a single catchy nickname is proving ineffective in the case of the man he dubs "sleepy Joe."

The last week has seen Trump endure a torrent of negative headlines.

An article in The Atlantic quoting anonymous sources accusing Trump of repeatedly disparaging military members killed in war as "losers" and "suckers" continues to roil the White House, despite its strenuous attempts to discredit the story.

Those allegations are now joined by lurid claims made by his disgraced former fixer and lawyer Michael Cohen, whose book "Disloyal" is the latest in a long line of angry tell-alls by former Trump insiders.