Which is more dangerous: Wind or Rain? What to know as Henri hits 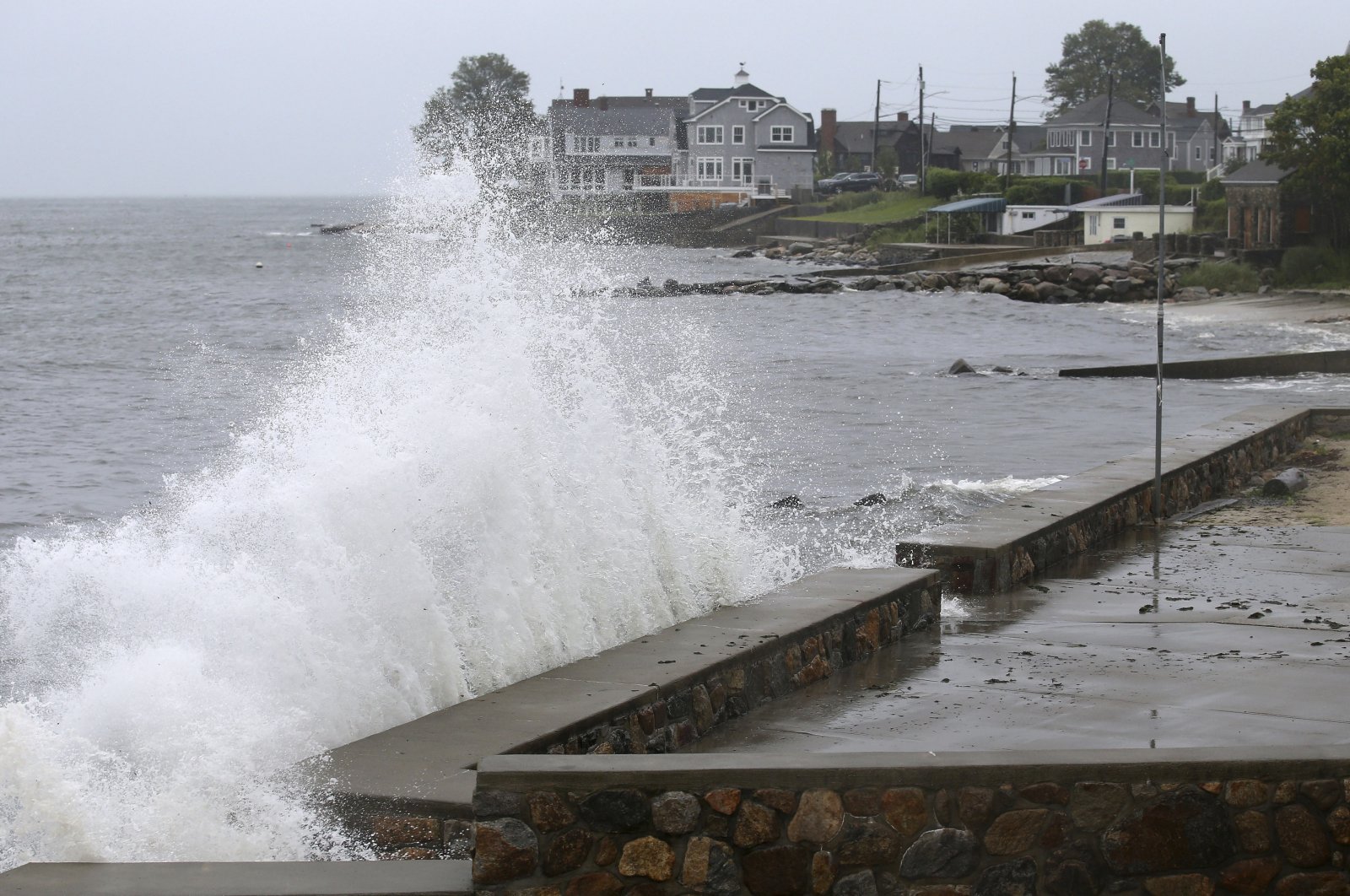 Hurricane Henri has been downgraded to a tropical storm ahead of its expected landfall Sunday in the northeastern United States. Here's what we need to know about this weekend's weather that's tropical in name, but far from its titular home:

Is Henri still a hurricane?

Not at the moment. The National Hurricane Center downgraded it to a tropical storm early Sunday.

What is the difference between a hurricane and a storm?

It's all about the wind. Specifically, the sustained wind speeds. The maximum sustained winds for a hurricane is anything above 74 mph (119 kph). A tropical storm? 73 mph.

As of Sunday morning, Henri's current winds topped out at 70 mph, just shy of hurricane status.

But the greatest threat from a storm this size is water. Heavy rains cause storm surges and inland flooding, and historically, those things have threatened life and property more than high winds.

What areas is Henri supposed to affect?

Right now, it’s looking like New York’s Long Island and southern New England – particularly Connecticut. If it makes landfall in New York, that would be the first time the state’s sustained a direct hit during a hurricane season since 2012′s Superstorm Sandy – the effects of which are still plaguing New York.

When will Henri make landfall?

By Sunday afternoon, it looks like. The National Weather Service says if the storm remains on track, it could make landfall as early as 11 a.m. on Long Island. If it does move east, it will hit Rhode Island probably by 2 p.m. Regardless, its effects could be felt as soon as Saturday night.

Henri, Bob, Gloria? Who are they?

A stormy trio. Henri strengthened into a hurricane Saturday morning – and will perhaps become New England's first in 30 years. Bob was its predecessor, responsible for the deaths of 17 and $1.5 billion in damage in August 1991. But with Connecticut in Henri's sights, some might better remember Gloria – the September 1985 hurricane made landfall on both Long Island and Connecticut and caused eight deaths and nearly $1 billion in damage. These storms have human names courtesy of the World Meteorological Association, which draws up a list of 21 names for each Atlantic hurricane season. There are two ingredients needed for a storm to track this far up north: a tropical system itself and steering currents. Most tropical systems in the northern hemisphere run out or recur before they can make their way north, according to the National Weather Service.

It's just a tropical weather phenomenon, the National Weather Service says. But at the same time, climate change isn't off the hook when it comes to tropical weather – global warming exacerbates hurricanes, making them stronger and wetter.

What do people need to do to prepare for Henri?

This isn't New England or New York's first rodeo with weather writ large. After all, a nor'easter is just a hurricane with a Boston accent. It's not too different in the Long Island dialect either. So, the usual protocols apply: Get boats out of the water, gas up cars, stock the pantry and batten down the hatches. Be prepared for power outages, too.

Sandy's known as a superstorm around these parts, because it technically wasn't a hurricane when it did its worst to New York City, its suburbs and the Jersey Shore in October 2012. Henri likely won't be that hard on the city or the shore, but it could cause calamitous flooding in the saturated Hudson River Valley. Power outages throughout the greater region could last a week or more. And with Sandy, at least, there was more time to prepare. New York Gov. Andrew Cuomo brought up Sandy in a Saturday presser, saying Henri comparatively offered “short notice.”

Yes! Cuomo is governor until Monday at 11:59 p.m. so he's technically still in charge for now.

Are there still tourists on the Atlantic Coast?

Oh, yes. School is back in session in parts of the east coast, but there are still thousands of tourists enjoying the beaches of Cape Cod, the Hamptons and elsewhere.

Is Henri a fast moving storm?

Henri isn't winning any races, but it steadily sped up Saturday. Its slow churn could be a good thing, increasing the chance it will falter quickly. But it could also mean a lot of concentrated rain, which translates to flooding.

Was Hurricane Bob same as 'the perfect storm'?

Nope, though both storms were in 1991. The so-called “perfect storm” – also known as the Halloween Storm – hit New England about two months later. It started as a nor'easter, in which form it inflicted the most damage. A hurricane eventually formed at its center – but it purposely went unnamed, because meteorologists worried it would be distracting.

Say it had been named, what would it have been known as?

Yep! Atlantic hurricane names are recycled every six years, unless they're retired out of notoriety – we're never going to see another hurricane named Katrina, or even Bob, again. And the “H” name – Henri in 1991 – was next on the list when the storm struck.

So the move is not about bob?

Correct. “The Perfect Storm" was a 2000 movie starring George Clooney and New England's own Mark Wahlberg, based on a book of the same name by Sebastian Junger. We're getting a little off-topic, here, though.

If Henri could be the first hurricane to hit New England in 30 years, what about Irene?

Irene was indeed a hurricane, but by the time it ravaged Vermont, it was technically a tropical storm.