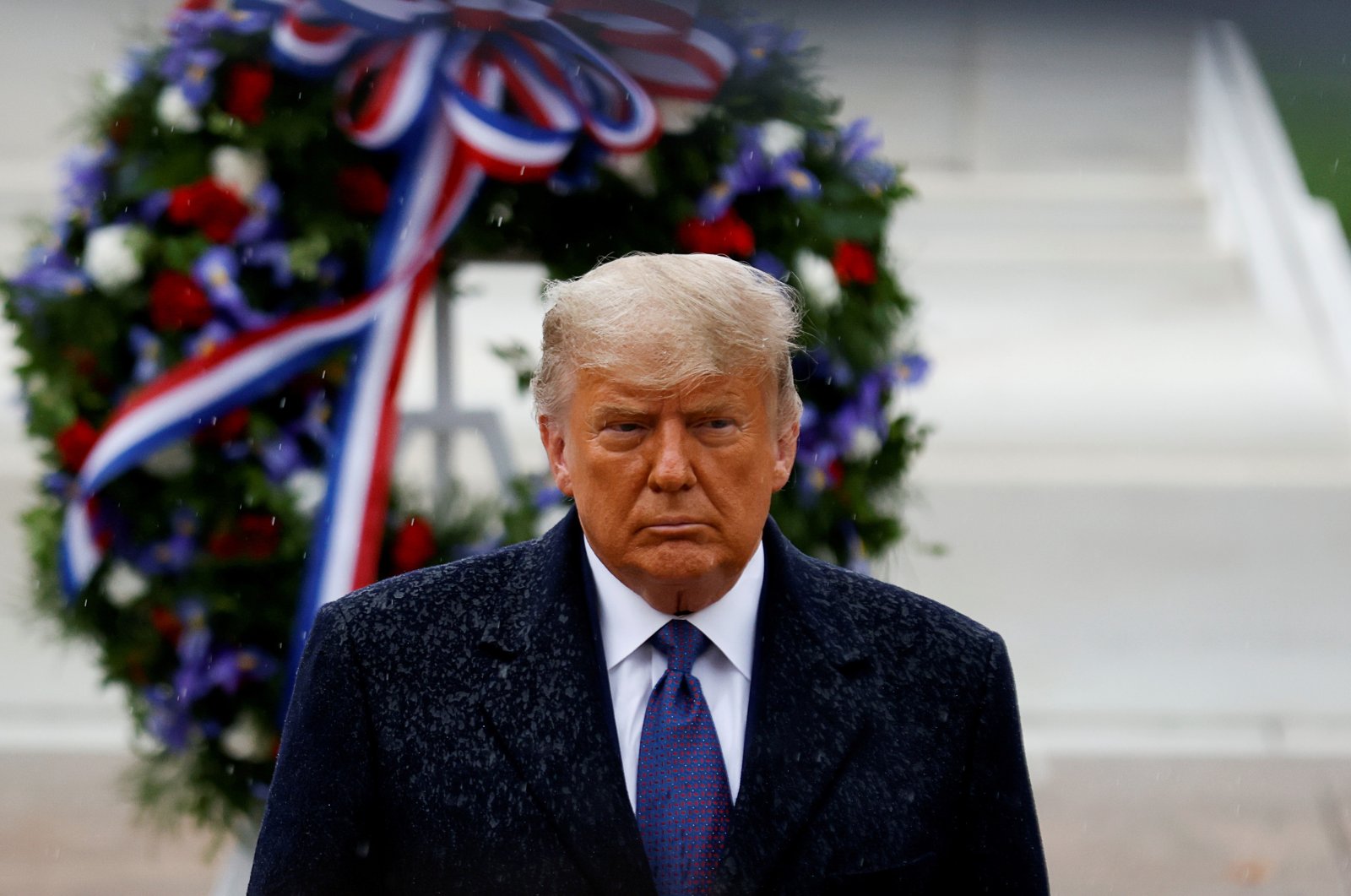 U.S. President Donald Trump turns after placing a wreath at the Tomb of the Unknown Soldier as he attends a Veterans Day observance in the rain at Arlington National Cemetery in Arlington, Virginia, U.S., Nov. 11, 2020. (Reuters Photo)
by FRENCH PRESS AGENCY Nov 13, 2020 8:44 pm

The White House is planning for President Donald Trump to serve a second term despite his reelection loss, a top official said Friday.

"We are moving forward here at the White House under the assumption that there will be a second Trump term," the outgoing president's trade advisor Peter Navarro said on Fox Business Network.

Trump has yet to concede nearly a week after U.S. media announced that his Democratic challenger Joe Biden had defeated him in the Nov. 3 presidential election.

The president has made few public appearances since then and launched legal challenges in several states, alleging election fraud, but without providing any proof.

"What we seek here is verifiable ballots, certifiable ballots and an investigation into what are growing numbers of allegations of fraud undersigned affidavits by witnesses," Navarro said, repeating the unsubstantiated claims by Trump supporters.

Lamenting what he called "an immaculate deception," Navarro said any speculation about what Biden might do on trade policy or with regard to China, "I think is moot at this point."

Senior U.S. federal and state election officials on Thursday said there is "no evidence" that hackers were able to tamper with the vote, and most world leaders have congratulated Biden on his victory.