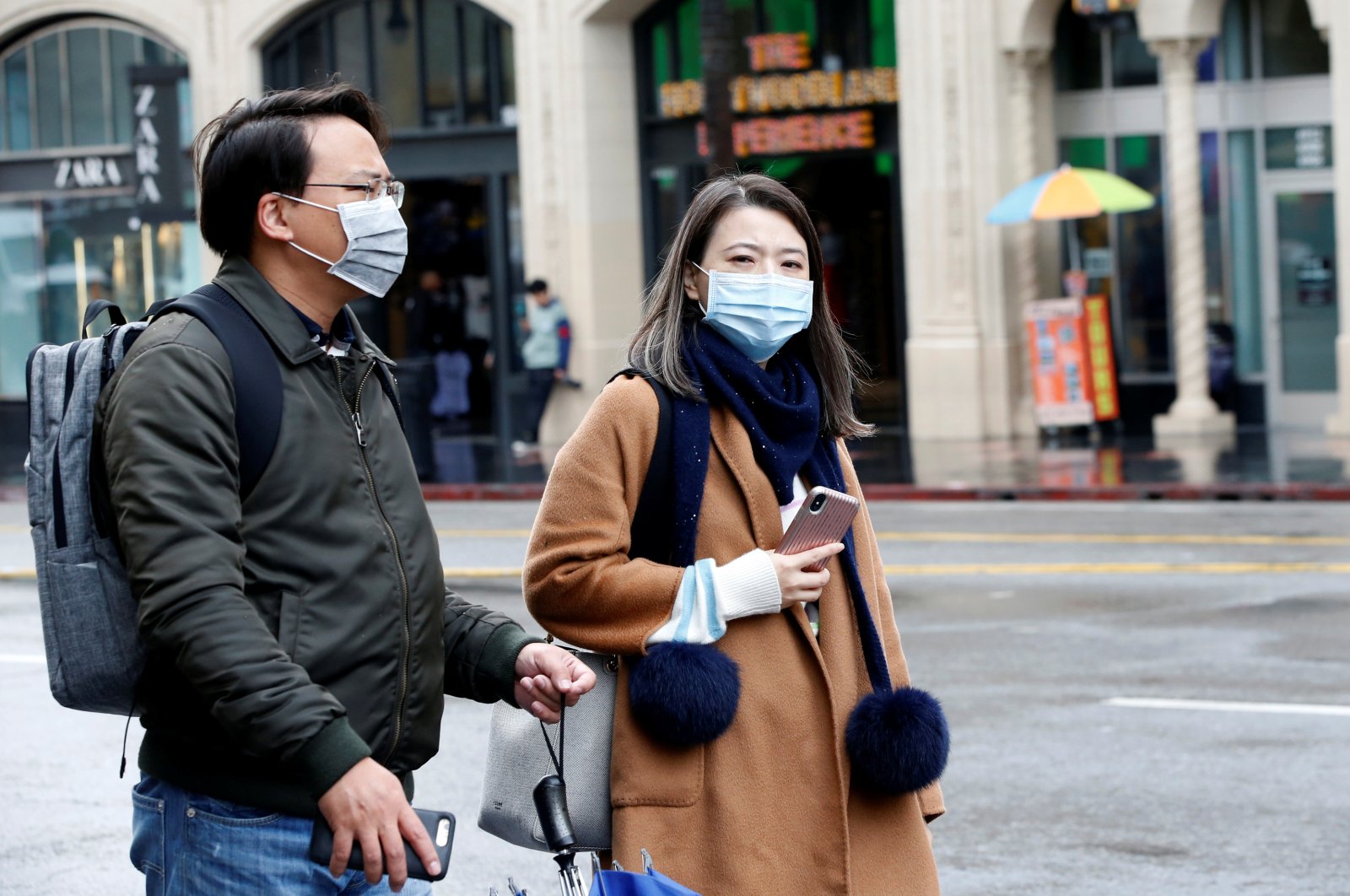 A Chinese citizen living in Massachusetts became ill earlier this month, with symptoms consistent with the coronavirus. She went to a local hospital and asked to be tested three times, but was denied. Frustrated, she flew to China – and tested positive upon arrival.

According to Chinese officials, who provided the details, she is one of the nation's 114 imported coronavirus cases, the newest concern for the country where the coronavirus global pandemic began.

Seven weeks ago, 5 million people fled Wuhan and an unknown number left the country as China went into lockdown in a dramatic move to combat the deadly virus' spread.

But with many governments abroad failing to act swiftly to implement testing, prepare hospitals and medical workers or implement tough social distancing practices, infections and deaths are mounting worldwide.

And now, in an ironic twist, some Chinese living abroad are returning to China for testing and medical help.

The imported case from Massachusetts was reported by Beijing health authorities at a news conference Saturday.

The woman, who was identified only by her surname, Li, was originally from Chongqing, Chinese authorities said, without specifying what work she did or how long she had lived in Massachusetts. She had attended a company meeting from Feb. 26-27 where another attendee later tested positive for coronavirus, she told Chinese authorities.

She said she began exhibiting symptoms on March 1: chills, then a fever of 39 degrees C (102 degrees F), then a cough, runny nose, nausea, muscle aches and fatigue.

Chinese officials said that Li went to a local hospital in Massachusetts on March 3 and she was given oseltamivir, an antiviral medication used for the flu. She returned to the same hospital on March 5 and Tuesday for chest scans, which turned out normal.

On Wednesday, Chinese health authorities said, Li returned to the hospital for another chest scan, and it showed that her lungs were infected. But she was not admitted to the hospital. She requested to be tested for the coronavirus three times but was rejected.

On Thursday, Li flew with her husband and son from Los Angeles International Airport to Beijing on the 1 a.m. Air China flight, CA988.

A flight attendant surnamed Sun told the Beijing News that Li was seated in an isolation area in the back of the plane, blocked from other passengers by a curtain, after she told the attendant she had low blood sugar.

Li and her family were taken to a hospital upon arrival: She had a fever, fatigue and dry cough at the time. Her husband had fatigue and her son had no symptoms.

She was tested and confirmed positive for coronavirus on Friday. Beijing authorities said 59 people who'd come into close contact with Li were all being monitored as well.

The World Health Organization (WHO) has praised China's tough measures of virus control for "flattening the curve" of the coronavirus outbreak through social distancing, contact tracing and strict quarantine of suspected and confirmed virus patients and their contacts.

In recent days, China has reported new infections in the single digits. Beijing is now loosening domestic restrictions on movement, with downgraded emergency response levels in many provinces and an increasing number of companies slowly allowed to go back to work.

But at the same time, concern is rising over imported cases, as many of the Chinese nationals returning from other countries are now struggling with coronavirus outbreaks.

The first imported case was of a 23-year-old translator who returned from Iran – where more than 12,000 people have been infected and more than 600 have died so far – to his hometown in the Ningxia Hui Autonomous Region.

The translator flew from Iran to Shanghai via Moscow on Feb. 19, according to local official reports. He arrived on Feb. 20 and took consecutive trains to Lanzhou, the capital of Ningxia, then to his home in Zhongwei.

Local reports recounted the flight and train numbers as well as seats he had been in on every leg of the journey, and requested any close contacts to come forward.

After that case, Beijing found several other imported cases from Iran of people who had been in close contact with the translator. Shanghai city and Zhejiang province, meanwhile, reported imported infections among Chinese nationals who returned from Italy, where more than 21,000 people have been infected and more than 1,400 have died. Guangdong province recently found an imported infection in a Chinese national returned from the Philippines, while Gansu province reported imported cases from Saudi Arabia and Iran.

On Sunday, China reported 20 new infections, 16 of which were imported, including five cases in Beijing: three of travelers from Spain, one from Italy and the other from Thailand.

The capital is now cracking down on arrivals from abroad: Beijing authorities announced Sunday that anyone flying into Beijing from anywhere abroad, starting at midnight March 16, would be subject to 14 days of quarantine in government centers. Those put in quarantine would have to pay for it themselves, authorities said.

Anhui province and the city of Sanya in Hainan province have implemented similar measures, according to local reports.

Other regions including Guangzhou province, Shanghai, and several cities in Shandong province, close to South Korea, have required all incoming travelers to home quarantine for 14 days.

"China has already been through the darkest hour. At first we believed that if China controlled (the outbreak) well, the world would also implement simultaneous controls, like Singapore, Japan, South Korea and other East Asian countries did very well," Zhang said.

"But now Europe has suddenly become the new center of the epidemic, bringing us immense uncertainty. Looking at the global virus response situation, it is basically impossible to control this outbreak by the end of summer," he said.