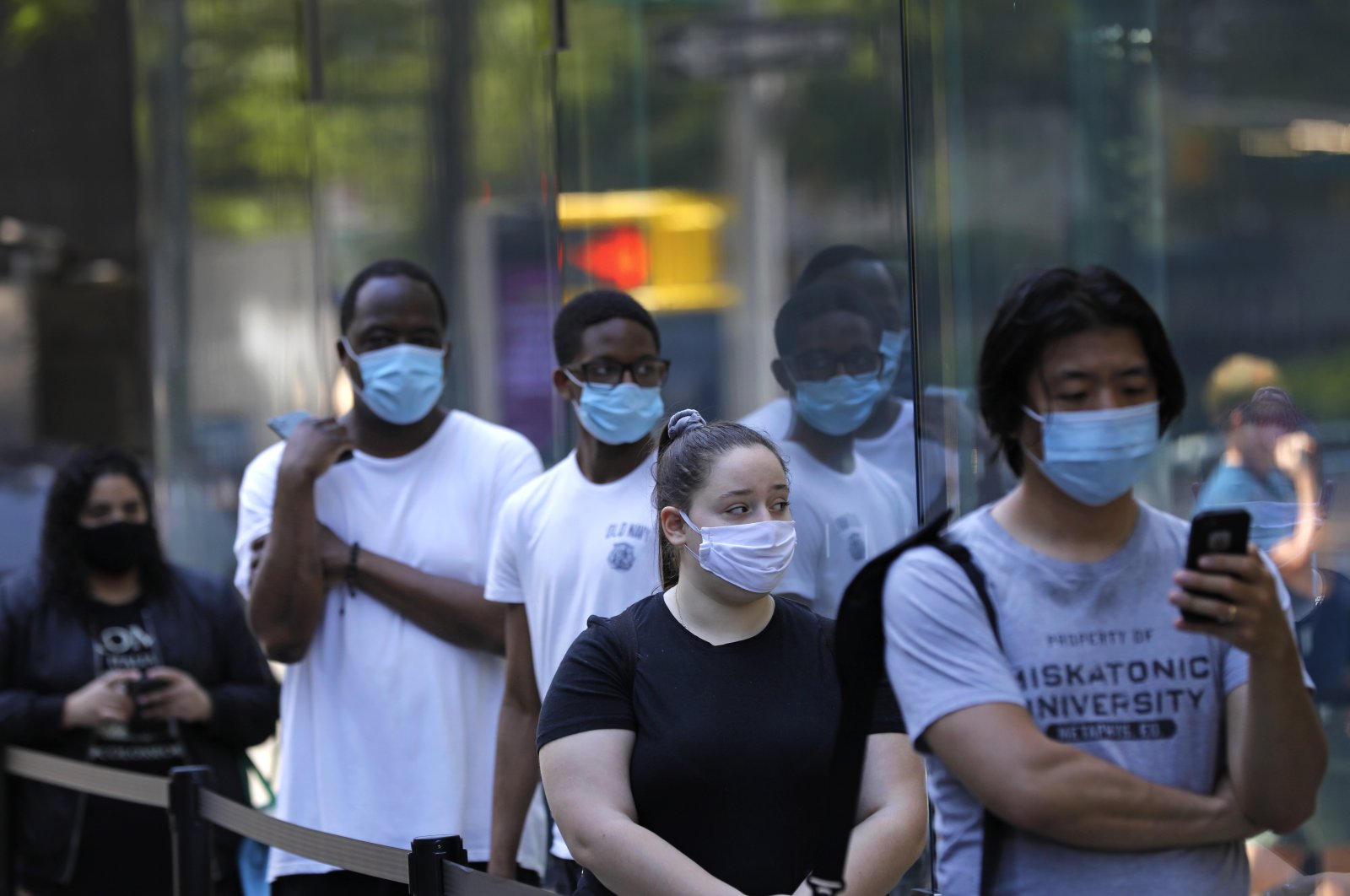 The World Health Organization reported the highest single-day rise in new cases with the biggest increases coming from the Americas, underlining the desperate struggle to contain the disease

Despite clear headway in containing the coronavirus in regions that suffered early outbreaks, the World Health Organization (WHO) reported on Monday a record increase in global cases, with the total rising by 183,020 in one day. The biggest rise came from North and South America with more than 116,000 new infections as hospitals in Brazil and the U.S. scramble to cope.

Nearly 9 million people have been infected by the coronavirus and more than 468,000 people have died, according to figures compiled by Johns Hopkins University. The death tally increased by 4,743, more than two-thirds of which came from the Americas. Experts say the actual numbers are much higher, given limits to testing and the presumed large share of asymptomatic cases.

In the U.S., COVID-19 has killed about 120,000 people. More than 30,000 cases were reported on Friday and Saturday, with the daily totals their highest since May 1. Experts say the resurgence in infections there is not a so-called “second wave," but a continuation of the first wave of outbreaks as the number of cases plateaus. New infections are dipping in some parts of the country while rising in the South, West and Midwest, swamping hospitals in some areas.

Brazil is the second worst-affected country behind the United States, and the spread of COVID-19 is accelerating across Latin America, with Mexico, Peru and Chile also hard-hit as death tolls soar and health care facilities are pushed toward collapse. Brazil officially passed 50,000 coronavirus deaths as of Sunday, becoming the second-worst-hit country worldwide after the U.S. It has 1,085,038 cases, according to the country's Health Ministry.

The WHO last week warned of a "new and dangerous phase" of the pandemic, with people tiring of lockdowns despite the disease's accelerating spread.

In Asia, India recorded its biggest single-day jump of 445 deaths linked with coronavirus as the highly infectious disease spreads rapidly across its vast hinterland, officials said Monday. The spike in cases has taken the country's tally to 425,282, while their death toll rose to 13,699, the Indian Health Ministry said in its daily update. In the last 24 hours, 14,821 new cases were reported. India is the fourth-worst-affected country in terms of case numbers, after the United States, Brazil and Russia.

Fears are growing in South Korea over their loss of control of the virus's resurgence. The mayor of the country's capital said Seoul will reimpose stronger social distancing measures if the daily jump in infections doesn’t come below an average of 30 over the next three days. South Korea has been reporting around 40 to 50 new cases per day since late May, mostly from the Seoul metropolitan area, where about half of the country’s 51 million people live. South Korea reported around 500 new cases per day in early March but managed to control the outbreak with an active testing and contact tracing campaign.

While European Union countries press ahead with the easing of lockdown measures, hospitals in the EU are preparing for the second wave of coronavirus infections by training reserve forces and becoming more mobile. "We need a health army," said Maurizio Cecconi, the president-elect of the European Society for Intensive Care Medicine (ESICM) and head of the intensive care unit at a hospital in Milan. "If there is another big wave, we should be prepared to send in doctors and nurses from nearby Italian regions. This was not sufficient when the first wave happened."

Many countries were caught unprepared by the COVID-19 pandemic in March and April, and hastily retrained medics to work with patients with severe cases of the disease to ramp up their number of health care workers and replace those who fell sick. Some sent medical students and retired doctors to help out in intensive care wards as hospital staff became overwhelmed. Those worst-hit by the pandemic had to find more beds and essential equipment for acute care units, and some built new hospitals. Still, problems and shortages persist. Italy, for example, may need to boost its number of anesthetists, resuscitation experts and other medics it has working in intensive care by 50%, according to the Italian society of intensive care (SIAARTI).