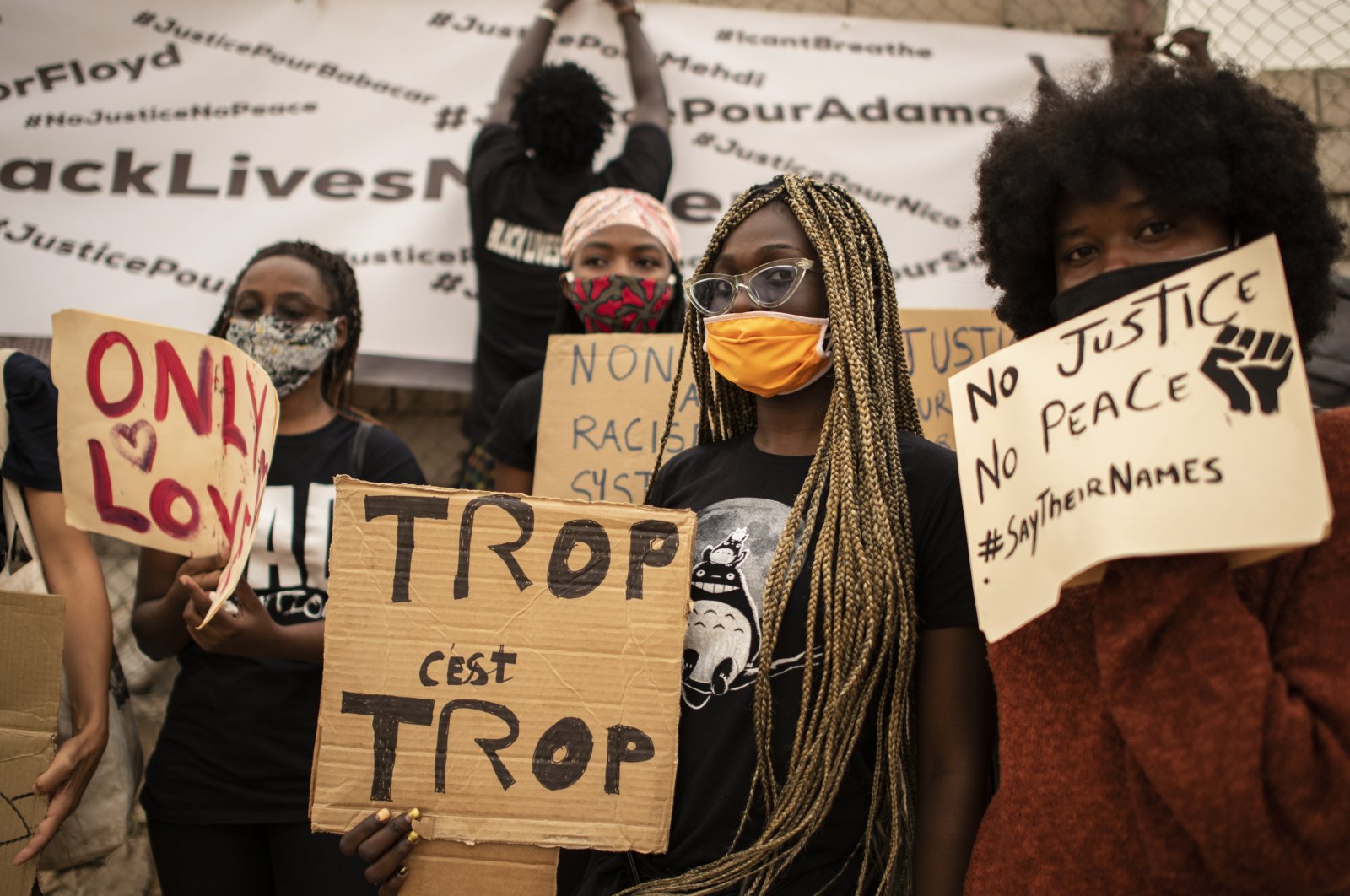 The death of George Floyd brings under spotlight similar incidents of police brutality, growing racism and discrimination against all ethnic and religious groups around the world as global protests continue from Australia to Canada

The death of George Floyd at the hands of police brought people all around the world out onto the streets this weekend as the U.S.-based Black Lives Matter movement against police brutality resonates with wider calls to address racism throughout four continents.

Floyd, a black man, died after a white Minneapolis police officer pressed a knee on his neck even after he pleaded for air while handcuffed. His death has led to a wave of protests worldwide and national soul-searching over the country's legacy of violence and mistreatment of African Americans and other minorities.

Tens of thousands of people gathered this weekend in cities far from the U.S. to express their anger. At least 15,000 people had rallied peacefully in Berlin on Saturday in response to the May 25 death of Floyd, which has triggered global protests against racism and police brutality.

Police said several officers and one press photographer were injured in Berlin when bottles and rocks were thrown from a crowd that had gathered despite police orders to clear the city's Alexander Square an hour after the demonstration was over. Berlin police said 28 officers suffered minor injuries in the scuffles.

In Britain, the country's most senior police chief said 14 officers were injured Saturday during clashes with protesters in central London following a largely peaceful Black Lives Matter demonstration attended by tens of thousands. The clashes broke out in the early evening near the Downing Street offices of British Prime Minister Boris Johnson. Video footage online showed one police officer colliding with a traffic light when her horse appeared to have bolted. The Met Police said the officer was taken to the hospital and her injuries are not life-threatening.

Later Sunday, protesters in Bristol used ropes to pull down a statue of Edward Colston, a prominent 17th-century slave trader, and threw it into the River Avon. As soon as the statue came down, dozens of protesters lept on top of it, some posing with their knee on the statue's neck in remembrance of Floyd's death.

In Paris, riot police held back a crowd of several thousand who gathered outside the U.S. embassy for an unsanctioned protest. "I've had racist abuse all my life," said one demonstrator, 46-year-old Nadine. "That is our life. To be a black French woman in France, it's not easy."

A protest in the French city of Metz ended with a few dozen people breaking into a courthouse and scuffling with security guards and one of the city's prosecutors. "Protesters held up placards reading "Being black is not a crime" and "Our police are assassins."

In the French port city of Marseille, police fired tear gas and pepper spray in skirmishes with protesters who hurled bottles and rocks at what had otherwise been an emotional but peaceful demonstration Saturday.

According to interior ministry figures, 23,000 people demonstrated in cities across France, 5,500 of them in Paris.

Smaller, youth-driven protests were staged outside U.S. embassies in Warsaw and Sofia.

In Senegal, people staged a protest in front of the African Renaissance Monument in the capital of Dakar, holding placards with slogans such as "Enough is enough."

Chris Trabot, who works for Paris City Hall, said George Floyd's death last week triggered his decision to demonstrate Saturday for the first time in his life. Born in the French territory of Martinique, Trabot said he first experienced racism as a child when he moved with his family to mainland France and got in frequent fights with white kids who mocked his skin color. Recently, his 9-year-old daughter has told him of being a target of racism, too, with schoolmates mocking her hair.

And in Tunis, hundreds chanted, "We want justice! We want to breathe!"

Floyd's death has also struck a chord with minorities protesting discrimination elsewhere, including demonstrators in Sydney and Brisbane who highlighted indigenous Australians who died in custody.

Indigenous Australians make up 2% of the country's adult population, but 27% of the prison population. They are also the most disadvantaged ethnic minority in Australia and have higher-than-average rates of infant mortality and poor health, as well as shorter life expectancies and lower levels of education and employment than other Australians.

Canadian aboriginal groups on Saturday called for an independent probe into the death of an indigenous woman who was shot by a police officer called in for a wellness check. The Congress of Aboriginal People (CPA), one of five national groups representing indigenous Canadians, called for "a public investigation into the death of Chantel Moore and the ongoing systemic bias and racism that policing services and the justice system displays towards Indigenous peoples."

Moore, 26, was shot dead Thursday by a police officer in Edmundston, in the eastern province of New Brunswick. A relative had called police to check Moore's health.

Prime Minister Justin Trudeau spoke Friday about discrimination in Canada before participating in a demonstration in Ottawa against racism and police violence. "Over the past weeks, we've seen a large number of Canadians suddenly awaken to the fact that the discrimination that is a lived reality for far too many of our fellow citizens is something that needs to end," he said.