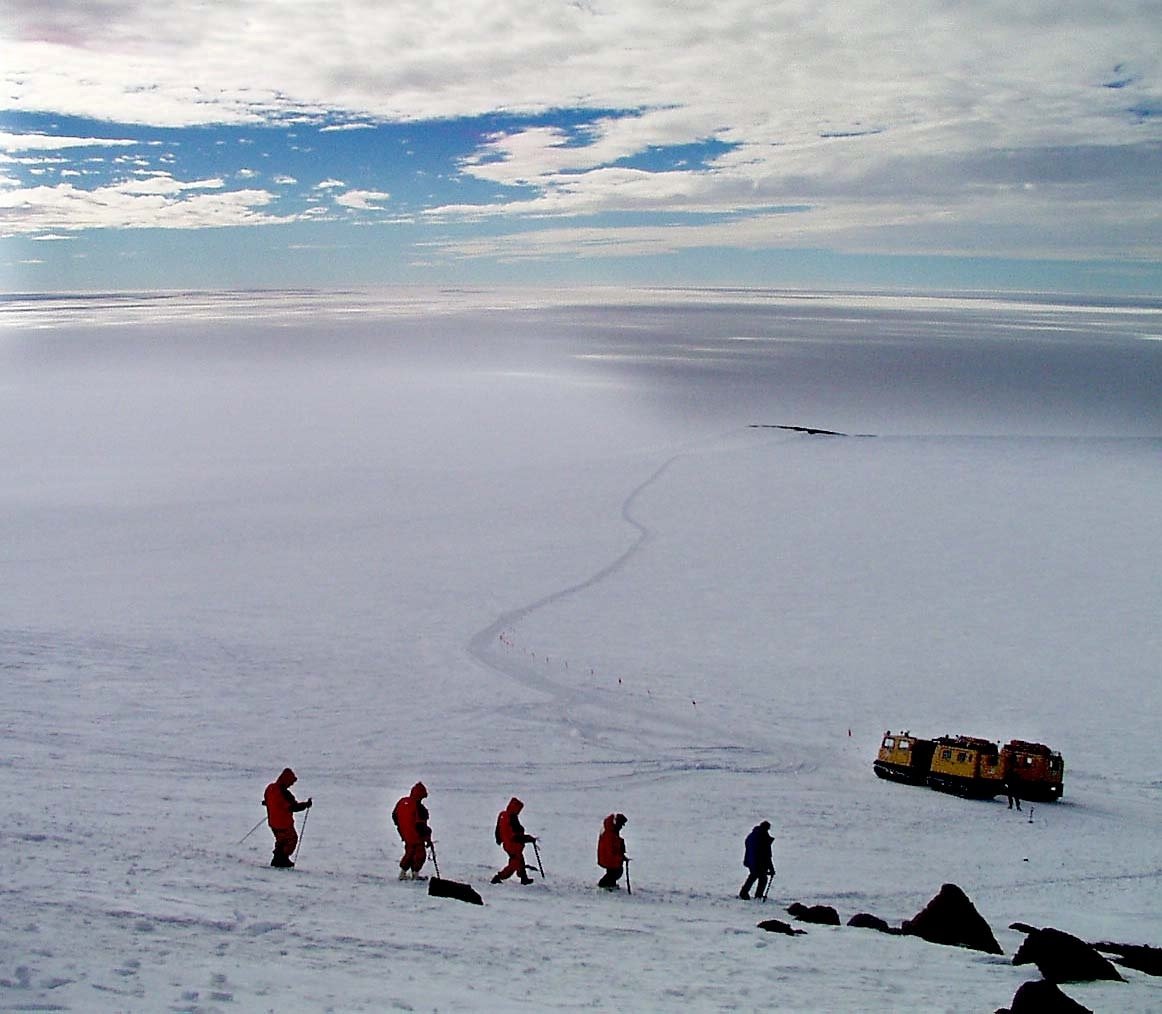 With a sweeping view of the Ross Ice Shelf racing out in front of them, visiting ministers and ambassadors make their way back to the yellow tracked vehicles that carried them across the snow and ice surrounding Scott Base, Antarctica, Jan. 26, 1999. (AP Photo)
by Anadolu Agency Dec 22, 2020 6:06 pm
RECOMMENDED

Antarctica, the only continent not to be affected by the pandemic until now, has reported its first COVID-19 cases.

Infections have been identified for the first time at the General Bernardo O'Higgins Riquelme Research Base, according to multiple Spanish-language reports.

The Chilean army was quoted as saying that 36 Chilean citizens including 26 soldiers at the base have contracted the virus.

The affected personnel, all in good condition, were taken to Chile's coastal city of Punta Arenas and quarantined, it added.

The population of the continent is 1,000 in winter and about 5,000 in summer, in addition to those who work on islands around Antarctica. It has no permanent residents.

The COVID-19 outbreak has claimed more than 1.7 million lives in 191 countries and regions since last December, according to the U.S.' Johns Hopkins University. Over 77.5 million cases have been reported worldwide.

Concern has been mounting since Saturday when British Prime Minister Boris Johnson said a new strain of COVID-19, which seems to be spread more easily, was moving rapidly across England but added that there was no evidence to suggest the variant is more severe or lethal. Dozens of countries from Japan to El Salvador barred flights from the U.K., and southern England was placed under strict lockdown.

The main fear is that the variant is significantly more transmissible than the original strain. It has 23 mutations in its genetic code – a relatively high number of changes – and some of these are affecting its ability to spread. Scientists said there is no evidence that vaccines currently being deployed in the U.K. – made by German pharmaceutical company BioNTech and American drugmaker Pfizer – or other COVID-19 shots in development will not protect against this variant, known as the B.1.1.7 lineage.