1 dead, dozens missing after landslide at Myanmar jade mine 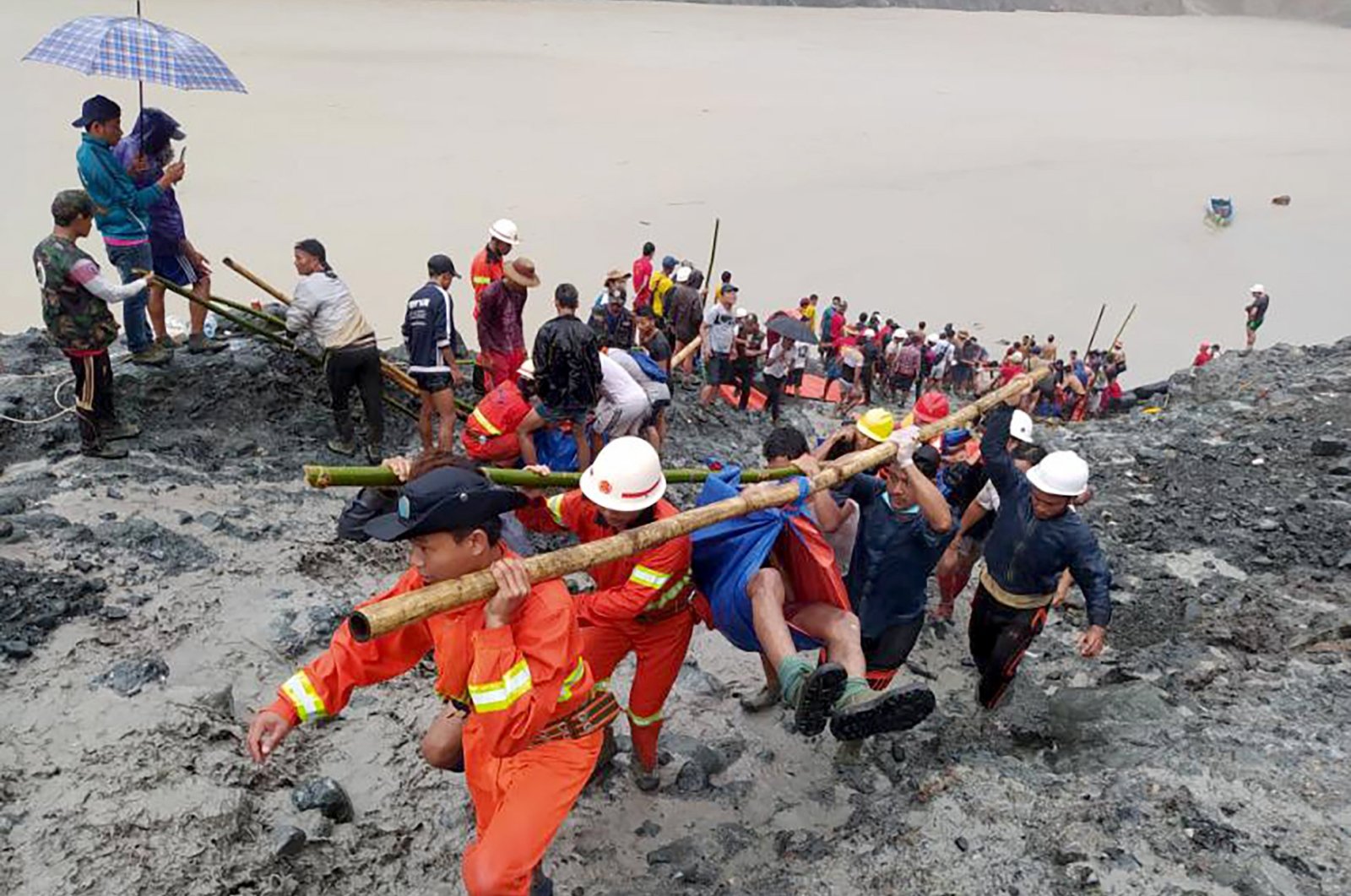 A landslide at a jade mine in northern Myanmar Wednesday killed at least one person and left dozens missing, a member of the rescue team told Agence France-Presse (AFP).

Scores die each year working in the country's lucrative but poorly regulated jade trade, which uses low-paid migrant workers to scrape out a gem highly coveted in neighboring China.

The disaster struck at the Hpakant mine close to the Chinese border in Kachin state, where billions of dollars of jade is believed to be scoured each year from bare hillsides.

Around 200 rescuers were searching to recover bodies, with some using boats to search for the dead in a nearby lake, he added.

A photo posted on social media by a local journalist who said he was at the scene showed dozens of people standing on the edge of the lake, with some launching boats into the water.

Local outlet Kachin News Group said 20 miners had been killed in the landslide.

Myanmar's fire services said its personnel from Hpakant and nearby town of Lone Khin were involved in the rescue effort but gave no figures of dead or missing.

Civilians are frequently trapped in the middle of the fight for control of Myanmar's mines and their lucrative revenues, with a rampant drug and arms trade further curdling the conflict.

The coup has also sparked fighting in Kachin state between the Kachin Independence Army, which has waged a decades-long insurgency, and the Myanmar military, Global Witness added.

In May, the military launched air strikes against the group, which later told AFP it had downed a helicopter gunship during fierce clashes in the country's far north.