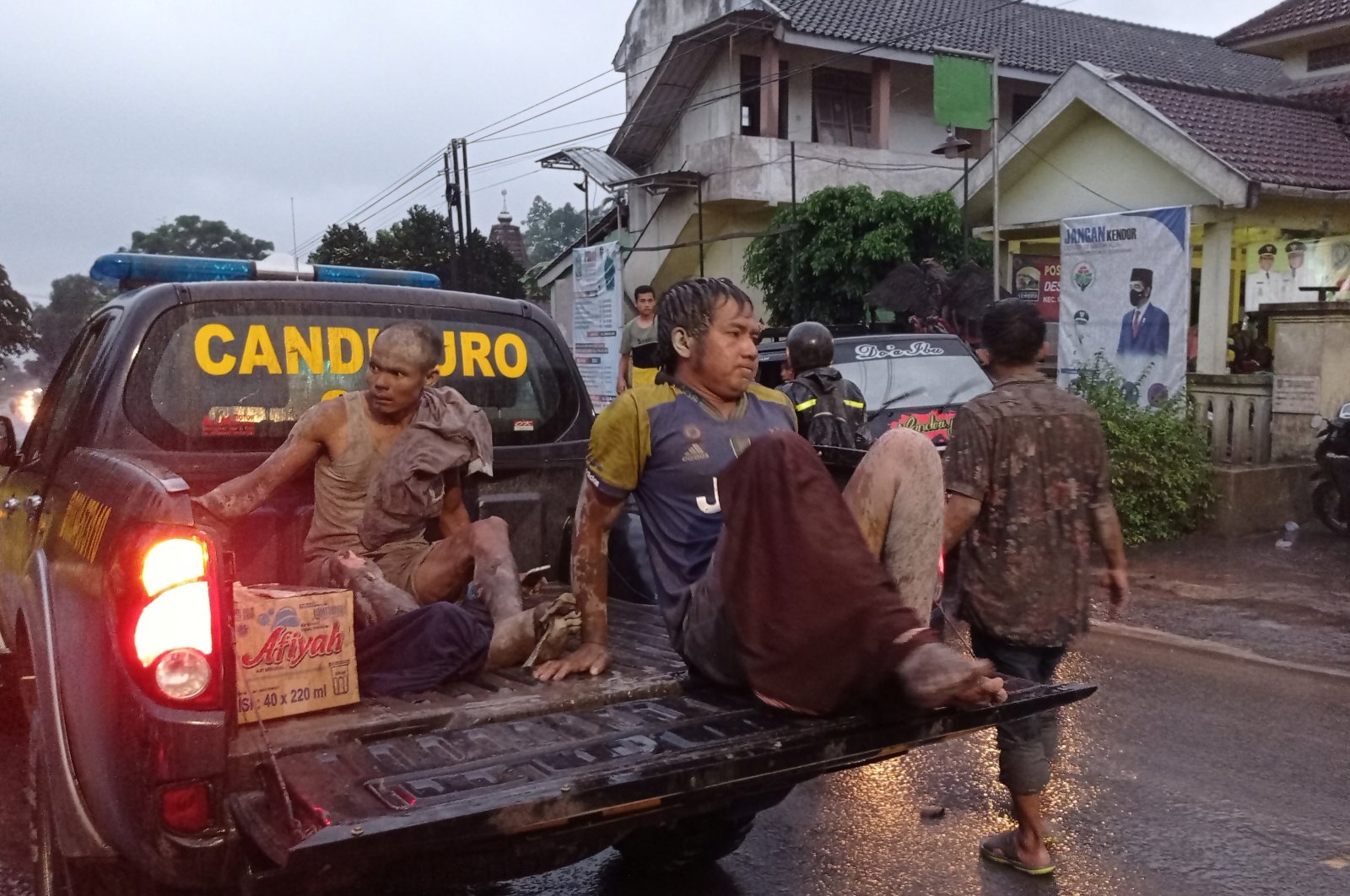 Indonesia's Semeru volcano's sudden eruption Saturday triggered by heavy rains left at least one villager and 35 people injured while others were trapped in buildings as clouds of smoke and lava spewed down its slopes, officials said.

The deputy chief of Lumajang district, Indah Masdar, told a news conference one person had died and 41 people had suffered burn injuries.

The disaster mitigation agency (BNPB) said later that 35 patients were being treated at local medical facilities.

Asking for helicopters to rescue people trapped inside buildings Indah said: "We're in big distress," she said, adding there were at least 10 people trapped. It's harrowing, their families are all crying."

Rescuers moved to evacuate local residents as lava reached nearby villages and destroyed a bridge in Lumajang regency in East Java.

AirNav Indonesia, which controls Indonesian airspace, said in a statement the eruption did not "cause significant impact" on flights.

A video released by the agency showed locals, including scores of children, running for safety as Mount Semeru erupted at 3 p.m. local time (7 a.m. GMT) on Saturday.

Videos shared by the BNPB showed local residents running as towering smoke and ash blanketed some nearby villages in East Java province.

Thoriqul Haq, district head of Lumajang near Semeru, told Reuters that the road and bridge connecting Lumajang and the nearby city of Malang were severed. He later told news a channel that the severed bridge meant one nearby district had no access to medical help.

"This has been a very pressing, rapid condition since it erupted," he said. Haq added that evacuations were underway, but did not give details.

Indonesia sits on the Pacific "Ring of Fire," where the meeting of continental plates causes high volcanic and seismic activity.

In late 2018, a volcano in the strait between Java and Sumatra islands erupted, causing an underwater landslide and tsunami which killed more than 400 people.