1 Kyrgyz dead in clash with Tajik border guards over horses 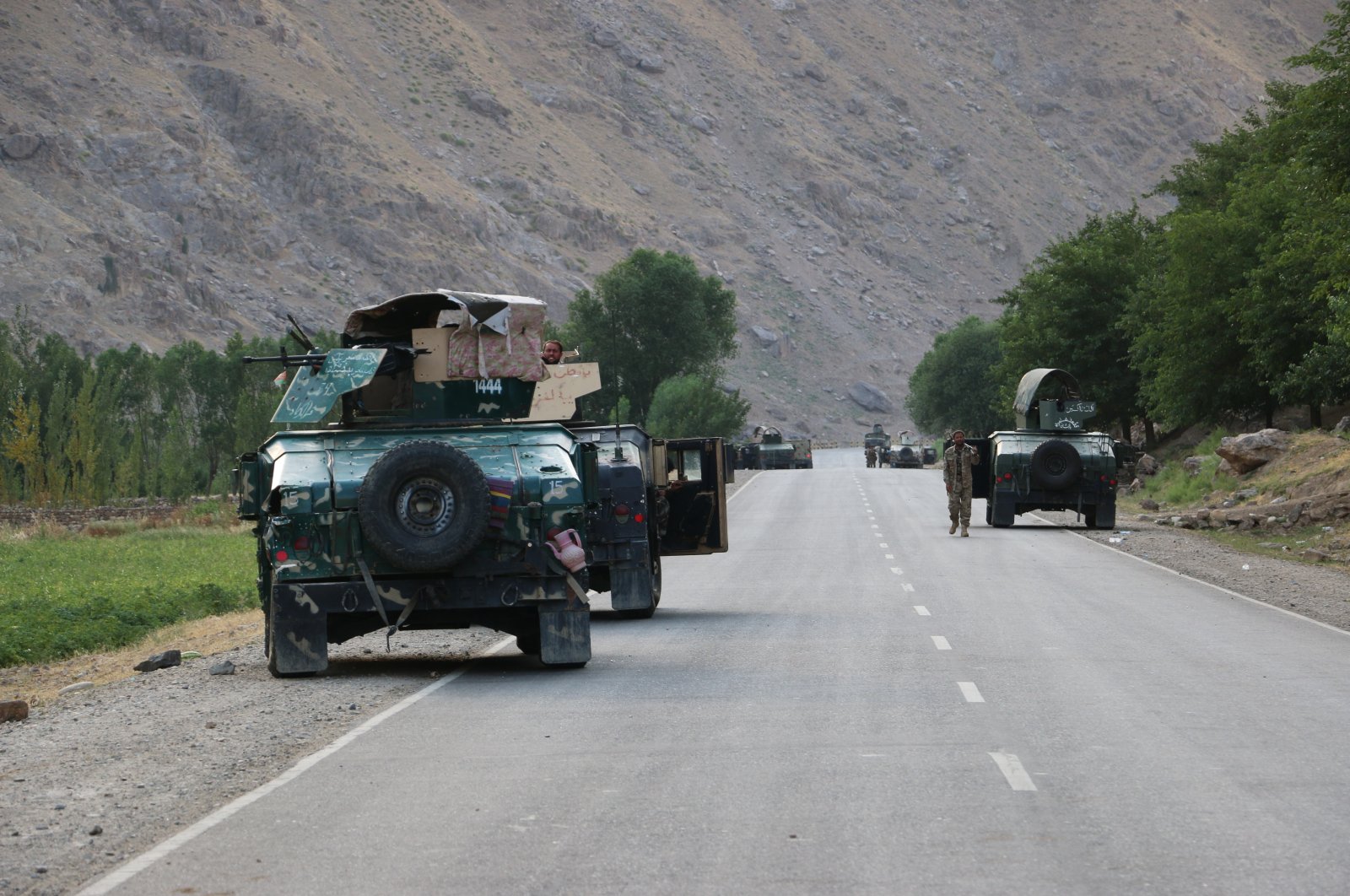 Afghan soldiers pause on a road at the front line of fighting between Taliban and Security forces, near the city of Badakhshan, northern Afghanistan, July. 4, 2021. (AP Photo)
by French Press Agency - AFP Jul 09, 2021 9:20 am
RECOMMENDED

Kyrgyzstan on Friday said one of its border guards was killed in a clash with Tajik forces, a day after Tajikistan accused the Kyrgyz of entering its territory to steal horses.

The country reported the death after a shootout erupted at a border checkpoint between the two countries Thursday.

The incident comes just weeks after tensions between the two Central Asian neighbors flared when fighting at their disputed border broke out in April, leaving more than 50 people dead and dozens wounded.

In a statement, Kyrgyzstan's border force said its border guard was killed "as a result of an armed attack by Tajik border guards."

It also said that there were "casualties and wounded" on the Tajik side.

The shootout took place at around 5 p.m. (12 a.m. GMT) local time at a border checkpoint on the southwestern tip of the country, according to the statement.

It said that after its border guards warned their counterparts "about their violation of the state border," the Kyrgyz "opened fire from automatic weapons."

Kyrgyzstan said its servicemen were conducting a routine patrol on horseback.

Disagreements between the two countries over their 971-kilometer (600-mile) border stem from demarcations made during the Soviet era.

Clashes between communities over land and water along the long-contested frontier occur regularly, with border guards often getting involved.

But the violence that broke out in April was by far the most serious during the ex-Soviet countries' 30 years of independence.