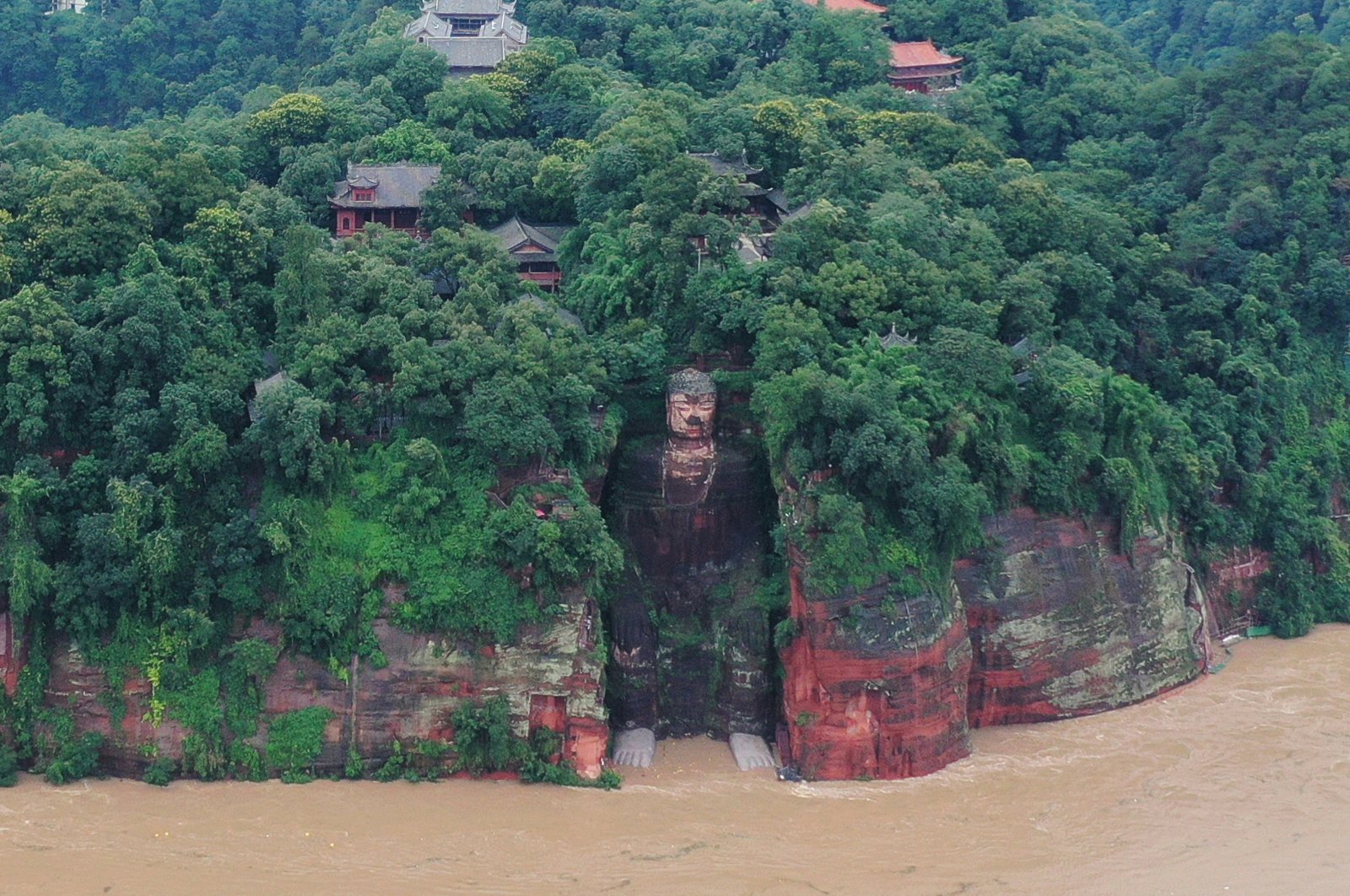 Floods on the upper reaches of China's Yangtze River forced authorities to evacuate more than 100,000 people on Tuesday and threatened a 1,200-year-old world heritage site.

Sichuan, through which the Yangtze river flows, raised its emergency response to the maximum level on Tuesday to cope with a new round of torrential rainfall.

The Yangtze Water Resources Commission, the government body that oversees the river, declared a red alert late Tuesday, saying water at some monitoring stations was expected to exceed "guaranteed" flood protection levels by over 5 meters.

The Three Gorges Project, a massive hydroelectric facility designed in part to tame floods on the Yangtze, is expected to see water inflows rise to 74,000 cubic meters per second on Wednesday, the highest since it was built, the Ministry of Water Resources said.

The project restricts the amount of water flowing downstream by storing it in its reservoir, which has been over 10 meters higher than its official warning level for more than a month.

The facility was forced to raise water discharge volumes on Tuesday in order to "reduce flood control pressures," the water ministry said.

Authorities have been at pains to show that the cascade of giant dams and reservoirs built along the Yangtze's upper reaches have shielded the region from the worst of the floods this year, though critics say they might be making things worse.