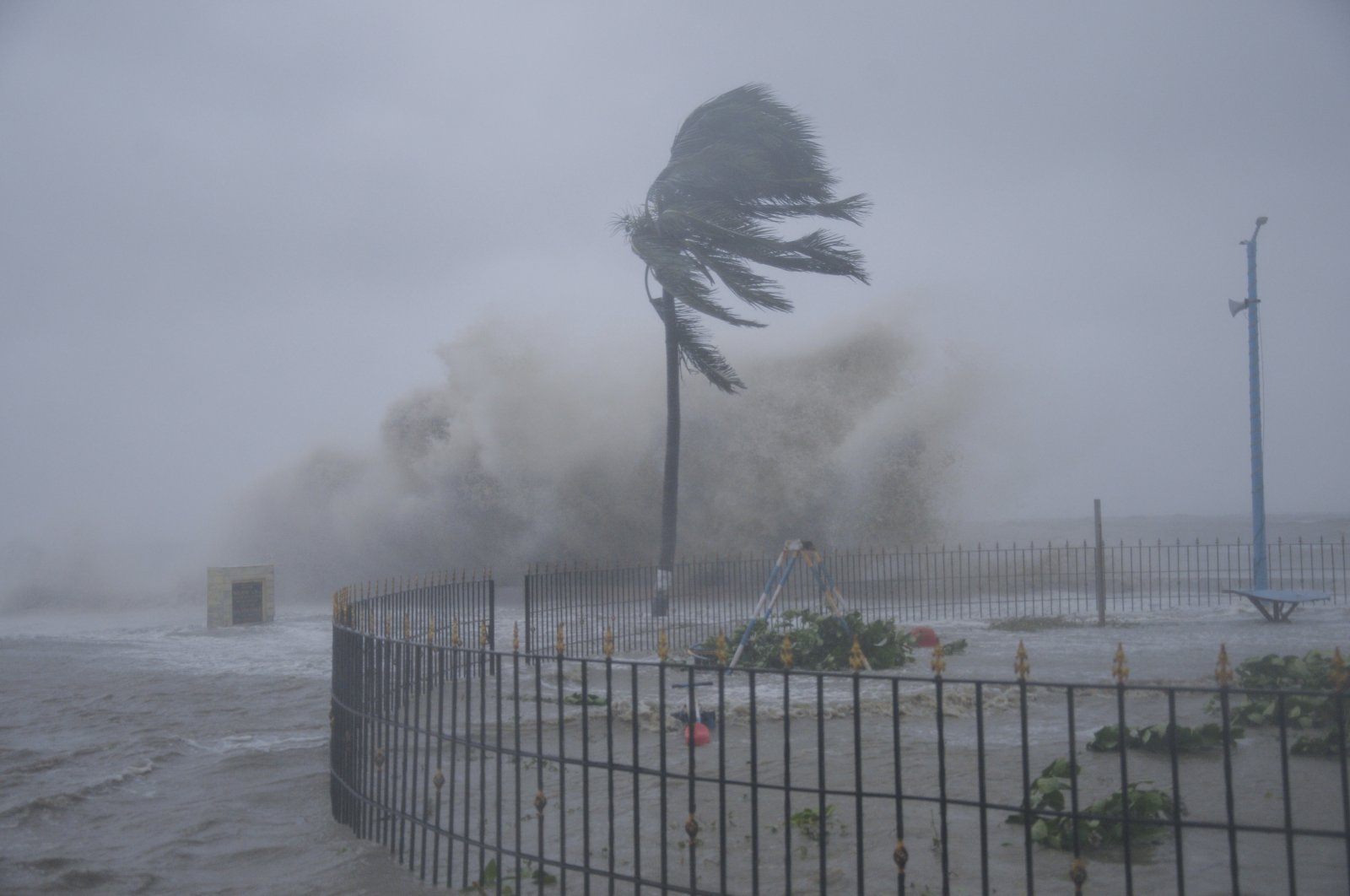 Heavy winds and sea waves hit the shore at Digha beach on the Bay of Bengal coast as Cyclone Yaas intensifies in West Bengal state, India, May 26, 2021. (AP Photo)
by REUTERS May 26, 2021 10:46 am
RECOMMENDED

Heavy rain and high tides hit parts of India's east coast when a cyclone pushed ashore on Wednesday in an area where more than 1.1 million people have been evacuated during a devastating coronavirus surge.

A powerful cyclone destroyed tens of thousands of mud houses, forcing the closure of the busiest regional airport in Kolkata. Cyclone Yaas was packing gusts of up to 140 kilometers per hour (87 miles per hour) as it hit land, authorities said, days after Tauktae tore up the western coast, triggering mass evacuations and piling pressure on authorities battling a deadly second wave of the coronavirus.

The chief minister of West Bengal, Mamata Banerjee, told reporters that about 20,000 mud houses and temporary shelters had been damaged in the state.

"I have not seen anything like this before," said another state minister, Bankim Hazra, after seawater gushed into the low-lying areas of Sagar island in the Bay of Bengal and the tourist town of Digha, where a police station was flooded.

"Successive high tides battered the coastline," he added. "It is inundation all around and villages are cut off."

Television images showed knee-deep water flooding the beachfront and other areas of Digha, a resort town in West Bengal state. Wind gusts whipped palm trees back and forth. Overflowing water has breached several river embankments and parts of West Bengal had flooding, the Press Trust of India news agency said.

The state's Kolkata airport was closed to flights until Wednesday evening. Cyclones in the Bay of Bengal are common at this time of year, and often roar ashore, bringing death and destruction to the coastal areas of both India and neighboring Bangladesh.

Police said they had rescued 10 people after their boat capsized near shore in Odisha's Jagatsinghpur district on Tuesday. Naval base Chilka is monitoring ships in the area and is ready for rescue operations, the Indian Navy said.

The devastating wave of virus infections complicated storm preparations. Odisha officials said they had suspended testing, vaccination and a door-to-door health survey in the three districts in the storm's path.