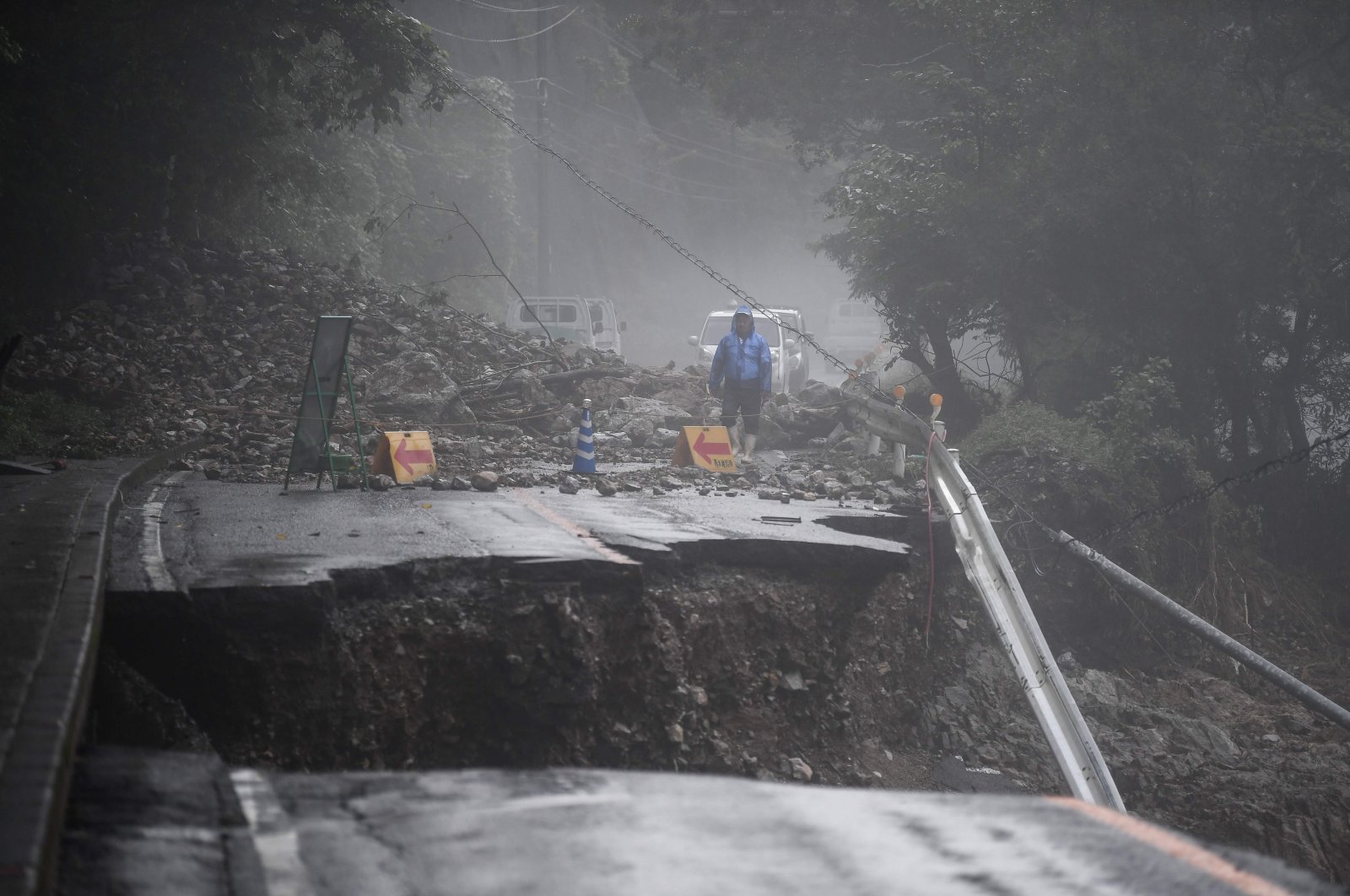 More than 1.3 million residents on the southern Japanese island of Kyushu were told to flee their homes amid relentless rain Tuesday, while the death toll from downpours on the island has risen to 50, local authorities said.

An 87-year-old woman was confirmed dead after being found in her inundated home in the city of Omuta late Monday, bringing the total death toll from torrential rains since Saturday to 50, Kyodo News reported, citing local officials.

Two temporary evacuation centers in the city, where about 200 people temporary had stayed, were flooded, Kyodo said.

The Japan Meteorological Agency issued a heavy rain emergency warning for Saga, Nagasaki and Fukuoka prefectures on Kyushu on Monday, calling on residents to be on "maximum alert."

The agency lifted the emergency shortly before noon on Tuesday, but it warned of flooding, mudslides and swollen rivers in wide areas of Japan.

A seasonal rainy front was expected to continue dumping torrential rains on Kyushu and other parts of the country on Tuesday, including flood-stricken areas in Kumamoto prefecture, according to the agency.

A total of 565 schools were temporarily closed on Tuesday in nine prefectures, including Hiroshima and Shizuoka.

Water outages caused by the meterological disasters affected more than 2,100 households in Kumamoto and Kagoshima, the government said, while about 6,500 households lost electricity in the prefectures of Oita, Kagoshima and Kumamoto as of Tuesday morning, Kyushu Electric Power said.

Rainfall of up to 250 millimeters was forecast for northern Kyushu and the island of Shikoku and up to 200 millimeters for eastern and central Japan by Wednesday noon, the weather agency said.