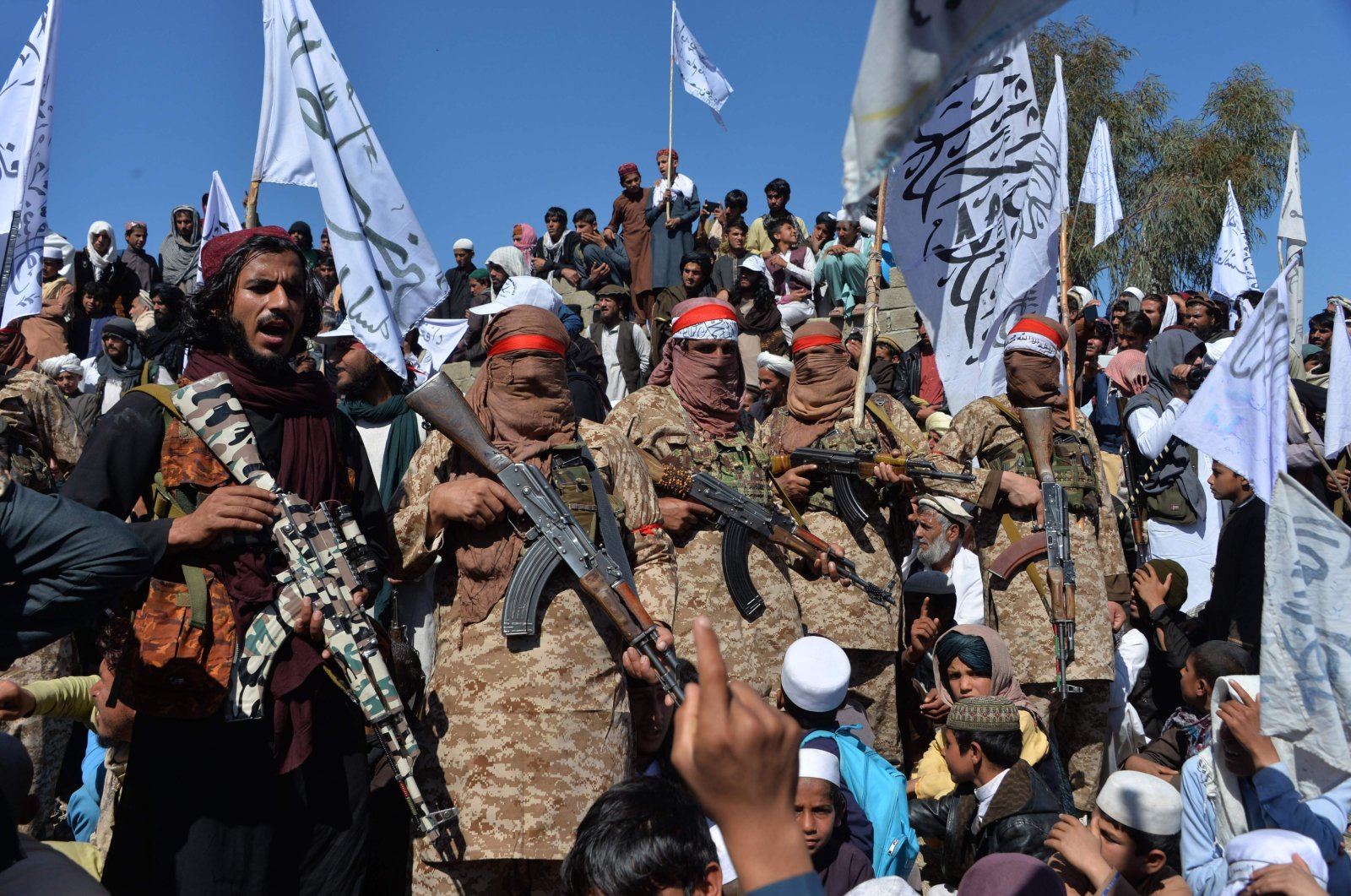 Afghan Taliban militants and villagers attend a gathering as they celebrate the peace deal and their victory in the Afghan conflict, in the Alingar district of Laghman province, Afghanistan, March 2, 2020. (AFP Photo)
by French Press Agency - AFP Sep 21, 2020 9:17 pm
RECOMMENDED

At least 14 Afghan soldiers and police were killed during intense fighting with the Taliban in southern Afghanistan, officials said Monday, as unabated violence gripped the country despite ongoing peace talks.

"Intense fighting is ongoing. Our forces have retreated from several outposts," Zelgai Ebadi, a spokesman for the provincial governor, told Agence France-Presse (AFP).

Officials said 14 Afghan security forces had been killed and more than a dozen more wounded.

The battle comes as Taliban and Afghan government negotiators are meeting in Doha, where they are trying to find a way to end 19 years of war.

A hopeful start to the talks more than a week ago was immediately marred by fresh violence across Afghanistan, and negotiators have made little tangible progress.

However, local officials on Monday said the strikes killed at least 17 civilians.

Esmatullah Muradi, spokesman for the Kunduz provincial governor, said the civilians died as they gathered at the site of an initial strike against the Taliban.

"Based on our initial investigation, 17 civilians were also killed and 15 more injured in the second airstrike," Muradi told AFP, saying an "unknown number" of militants had been killed.

The defense ministry has not confirmed any civilian casualties and said it was investigating the case.

The interior ministry meanwhile said the Taliban had killed 98 civilians and wounded 230 more over the past two weeks in Afghanistan.

In Kabul, at least one person was killed and three more injured Monday in three separate explosions caused by so-called sticky bombs – homemade devices attached to vehicles with magnets that are regularly used to target security forces.

"Peace is not possible without compromise," he told a gathering to mark International Peace Day.

"Peace talks are like playing chess. Be patient," he said.