15 internal migrant workers run over by train in India's Maharashtra 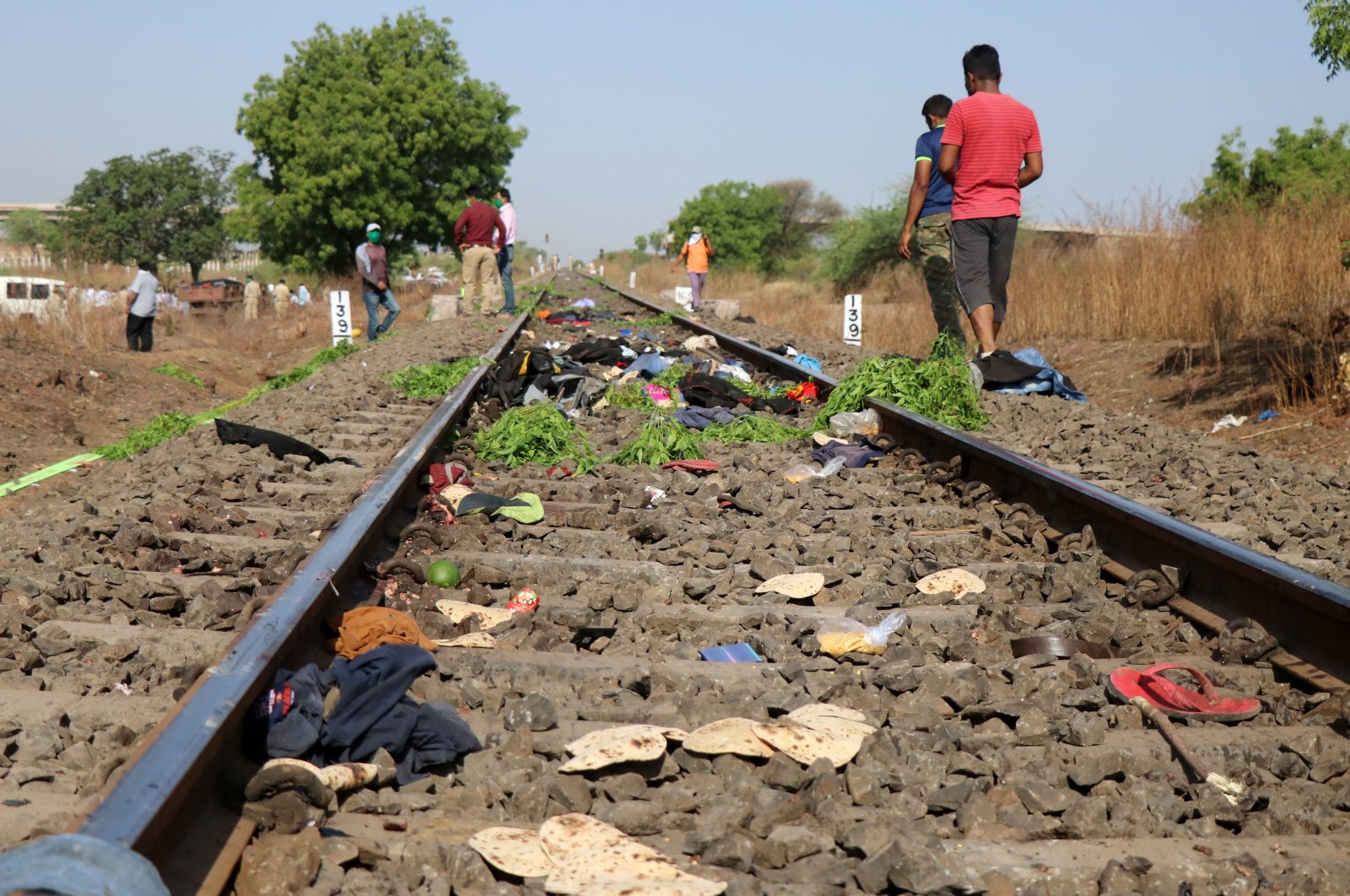 The belongings of victims lie scattered after a train ran over migrant workers sleeping on the track in the Aurangabad district of the western state of Maharashtra, India, May 8, 2020. (Reuters Photo)
by ASSOCIATED PRESS May 08, 2020 12:01 pm

On Friday, a train plowed through a group of internal migrant workers who had fallen asleep on the tracks after walking back home from a coronavirus lockdown, killing 15, India's Railways Ministry said.

The driver of the cargo train tried but failed to stop in time, the ministry tweeted. The accident occurred around 5:30 a.m. in the Aurangabad district of Maharashtra state.

Survivors said the group had moved from the road to the tracks. "After walking for about 36 kilometers (22 miles), they became tiresome and so sat down near the tracks, eventually falling sleep," the ministry said in a statement.

Fourteen were killed on the spot while another died in hospital, the ministry said. Two were injured.

Another three who were sitting away from the track escaped unhurt, it said.

The Press Trust of India news agency said the workers were walking to their home state of Madhya Pradesh in central India after having lost their jobs when the country went into a strict lockdown on March 25. Following this time, most public transportation was halted across the country, leaving them trapped.

Prime Minister Narendra Modi tweeted that he was anguished by the loss of lives in the accident and promised assistance to hundreds of thousands of workers stranded across the country.

Early this week the government started running trains to carry stranded workers to their home states. But a lack of trains has led many to walk back.