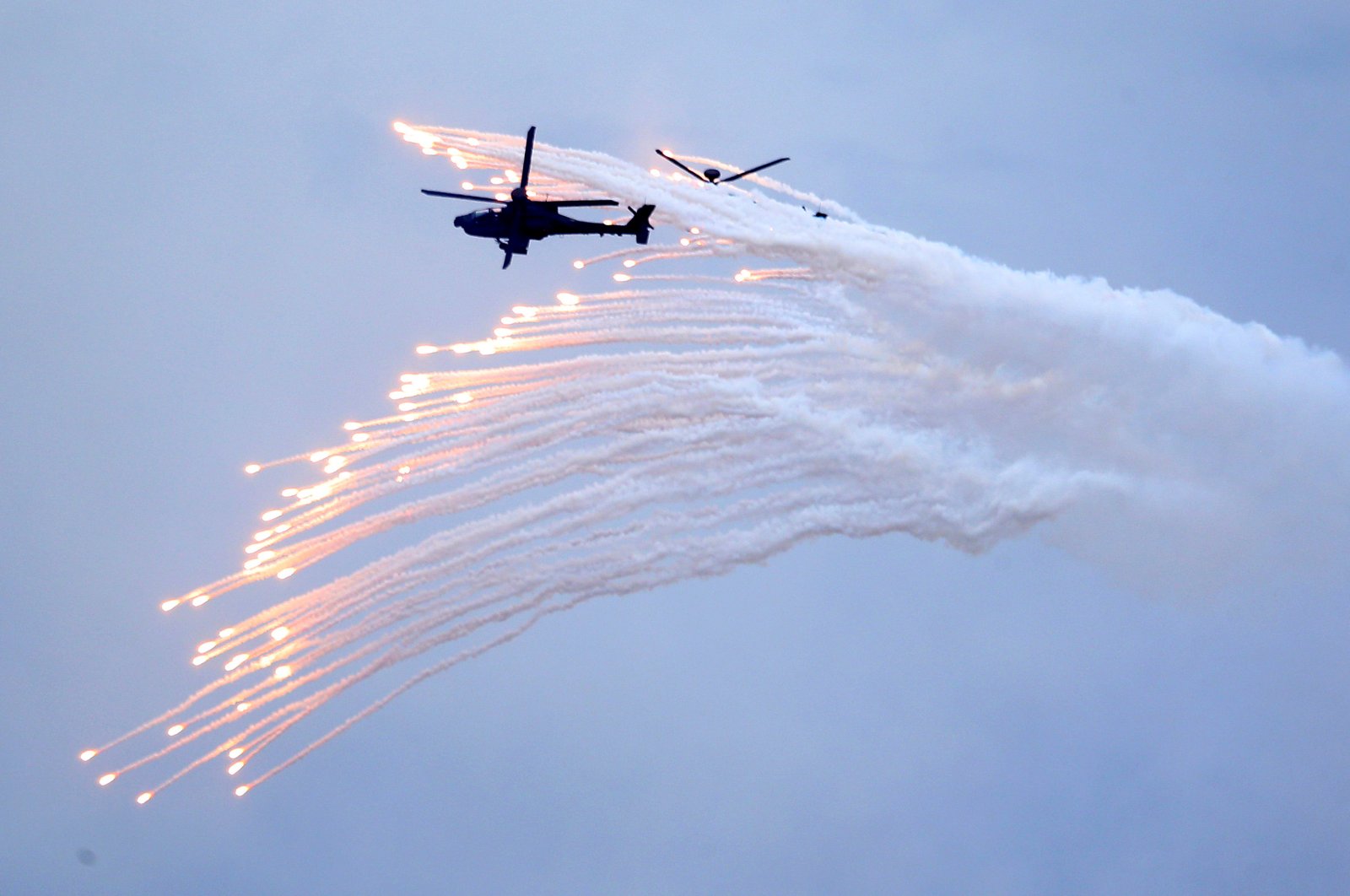 Two crew members were killed in a helicopter crash Thursday as Taiwan's military held drills across the island including one simulating coastal assaults from China.

Thursday's climax of the five-day drill aimed to test how democratic Taiwan's armed forces would repel an invasion from its giant neighbor.

Beijing regards Taiwan as part of its territory and has vowed to one day seize it by force if necessary.

Thursday's main simulation saw Taiwan fighter jets, warships and ground troops repelling an enemy attempt to land on a beach in the central city of Taichung in an operation involving some 8,000 service members.

The military said a Bell 0H-58D helicopter crashed as it returned to Hsinchu air base from one of the exercises, killing the pilot and co-pilot.

Taipei has lived with the threat of invasion by China since the two sides split in 1949 after a civil war.

In recent decades it has found itself increasingly outnumbered and outgunned by China's enormous People's Liberation Army.

Beijing has piled military, economic and diplomatic pressure on Taiwan since President Tsai Ing-wen came to power in 2016 because she refuses to acknowledge its stance that the island is part of "one China."

Tsai won a landslide reelection in January in what was seen as a strong rebuke to China's strong-arm tactics against the island.

"I think it's inevitable that the People's Republic of China will realize the reunification of the motherland," Beijing foreign ministry spokeswoman Hua Chunying told reporters when asked about Taiwan's drills.

The military mismatch has been compounded by Western governments being increasingly wary of selling Taiwan advanced weapon systems, fearful of incurring Beijing's wrath.

That has pushed the island to develop its own hardware, including advanced missiles, boats and a new trainer jet.

Some of that hardware, including locally built surface-to-air and hypersonic missiles, was used during this week's drills.

France has also angered Beijing by agreeing to upgrade the missile interference systems on frigates Taiwan purchased in the 1990s.

Washington has remained a leading unofficial ally and arms supplier to Taipei despite switching diplomatic recognition to Beijing in 1979.