20 injured in attack on government office in southern Thailand 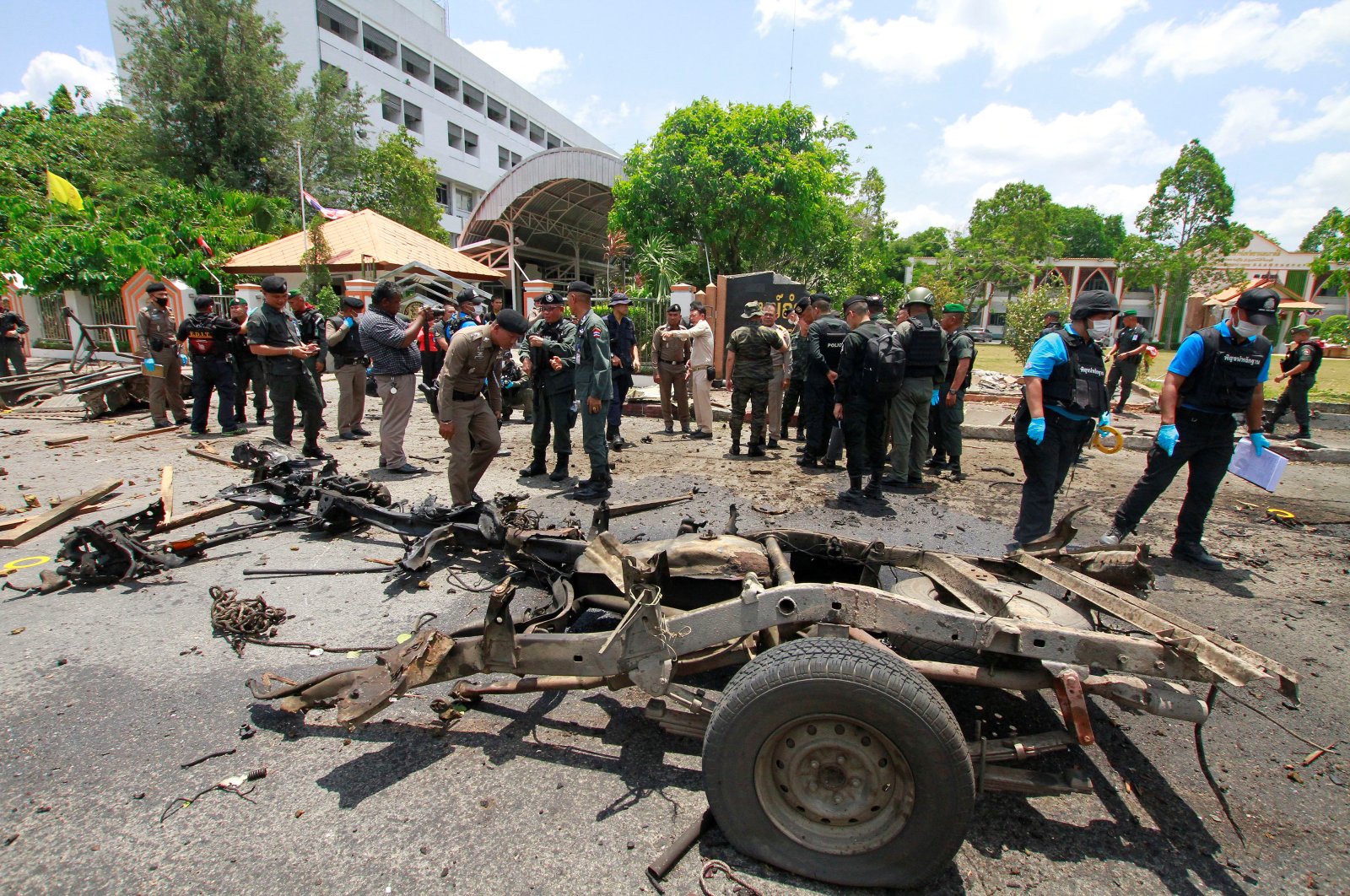 Security personnel inspect the site of a car bomb after it exploded in front of the government's Southern Border Provinces Administrative Centre in Yala, Thailand, March 17, 2020. (Reuters Photo)
by Associated Press Mar 17, 2020 11:06 am
RECOMMENDED

The Southern Border Provinces Administration Center in the capital of Yala province coordinates government policy in the region where a radical separatist insurgency since 2004 has led to the deaths of about 7,000 civilians, soldiers, government workers and rebels.

Thailand's three southernmost provinces of Pattani, Narathiwat and Yala are the only ones with Muslim majorities in predominantly Buddhist Thailand.

Yala Hospital reported 20 people were hurt in the attack. None was badly injured, said Col. Pramote Prom-in, a spokesman for the center.

Surveillance video showed the bomber parking a pickup truck in front of the center and then placing another explosive device in the middle of the road before fleeing on a waiting motorcycle, said police Col. Naravee Binwae-arong of the Yala police station.

The explosion of the device on the road drew the attention of those in the meeting room, causing participants to come out to see what had happened. Then the bomb in the pickup truck exploded.

Pramote said guards at the center spotted the pickup truck and told everyone who had run outside after the first blast not to come close to the vehicle. Luring security personnel and first responders with an initial blast and then detonating a second device is a common insurgent tactic.

In November, coordinated attacks in Yala killed 15 security personnel, mostly lightly armed village defense volunteers, in the highest single-day death toll on the government side since the insurgency began.

The Thai government has been holding on-again, off-again talks with insurgents brokered by neighboring Malaysia. They appeared to have made headway in January when officials from Thailand held their first formal meeting in recent years with the separatists from southern Thailand belonging to the Barisan Revolusi Nasional Melayu Patani, or BRN, the major rebel group operating in the area.

Despite two meetings so far, however, the government and the BRN seem not to have progressed much beyond agreement on a framework and terms of reference to guide their talks.

Don Pathan, a security analyst who closely follows the conflict in the south, speculated that Tuesday's attack was carried out by BRN insurgents.

"In spite of the fact that the BRN leadership has permitted members of its political wing to engage in dialogue with the Thai government, it would be a mistake to assume that all forms of violence on the ground would come to an end," he said.