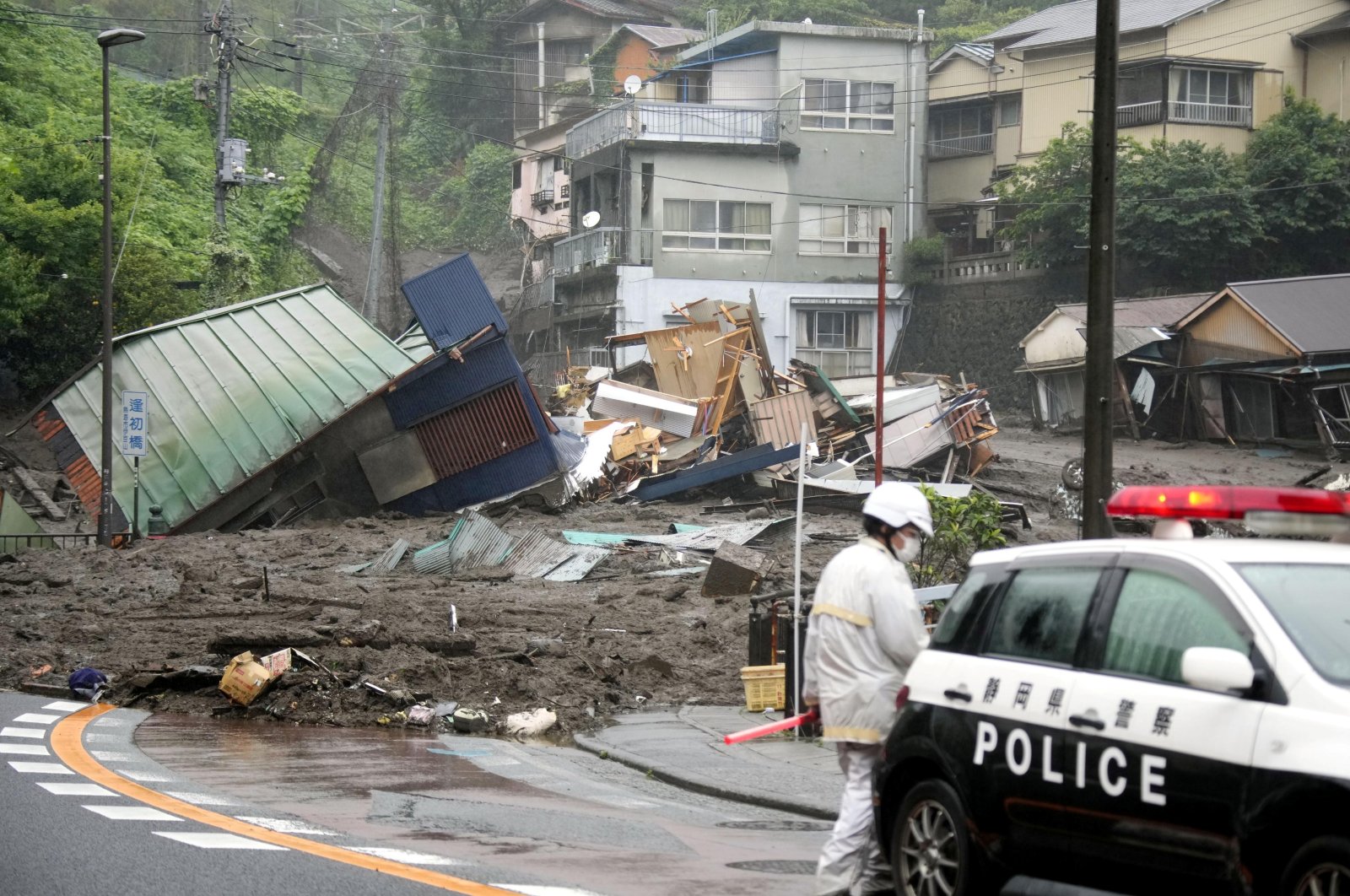 Houses damaged by a mudslide are seen following heavy rain at Izusan district in Atami, Japan July 3, 2021. (Kyodo via Reuters)
by ASSOCIATED PRESS Jul 03, 2021 11:14 am
RECOMMENDED

A powerful mudslide carrying a deluge of black water and debris crashed into rows of houses in a town west of Tokyo following heavy rains on Saturday, leaving at least 20 people missing, officials said.

Dozens of homes may have been buried in Atami, a town known for hot springs, said Shizuoka prefecture spokesperson Takamichi Sugiyama.

Public broadcaster NHK gave the number of missing people at 20, but Sugiyama said the prefecture confirmed at least 19, although he said the number may grow.

Torrential rains have slammed parts of Japan since earlier this week. Experts said dirt had been loosened, increasing landslide risks in a country filled with valleys and mountains.

Sugiyama said it had been raining hard in the area all morning. Self-defense forces will join firefighters and police in the rescue operation, he added. Evacuation warnings were issued for a wide area.

The landslides appeared to have struck multiple times and were about as fast as a car. Footage showed a powerful, black mudslide sliding down a mountainside, knocking down and crushing houses and sweeping away cars in its way. Helpless neighbors watched in horror, some recording on their phones.

NHK TV footage showed a part of a bridge had collapsed.

Atami is a quaint seaside resort area in Shizuoka prefecture, about 100 kilometers (60 miles) southwest of Tokyo. The area that was hit by the mudslide, Izusan, includes hot springs, residential areas, shopping streets and a famous shrine.

Turkey on Saturday expressed grief over widespread destruction caused by a massive landslide after heavy rains in Japan.

“We share the grief of the friendly people and the government of Japan and convey our wishes for a speedy recovery from the flood and landslide that occurred on July 3 in Atami city, Shizuoka Prefecture, and caused at least 20 people to go missing,” the Foreign Ministry said in the statement.