2022 Presidential campaign kicks off in Philippines 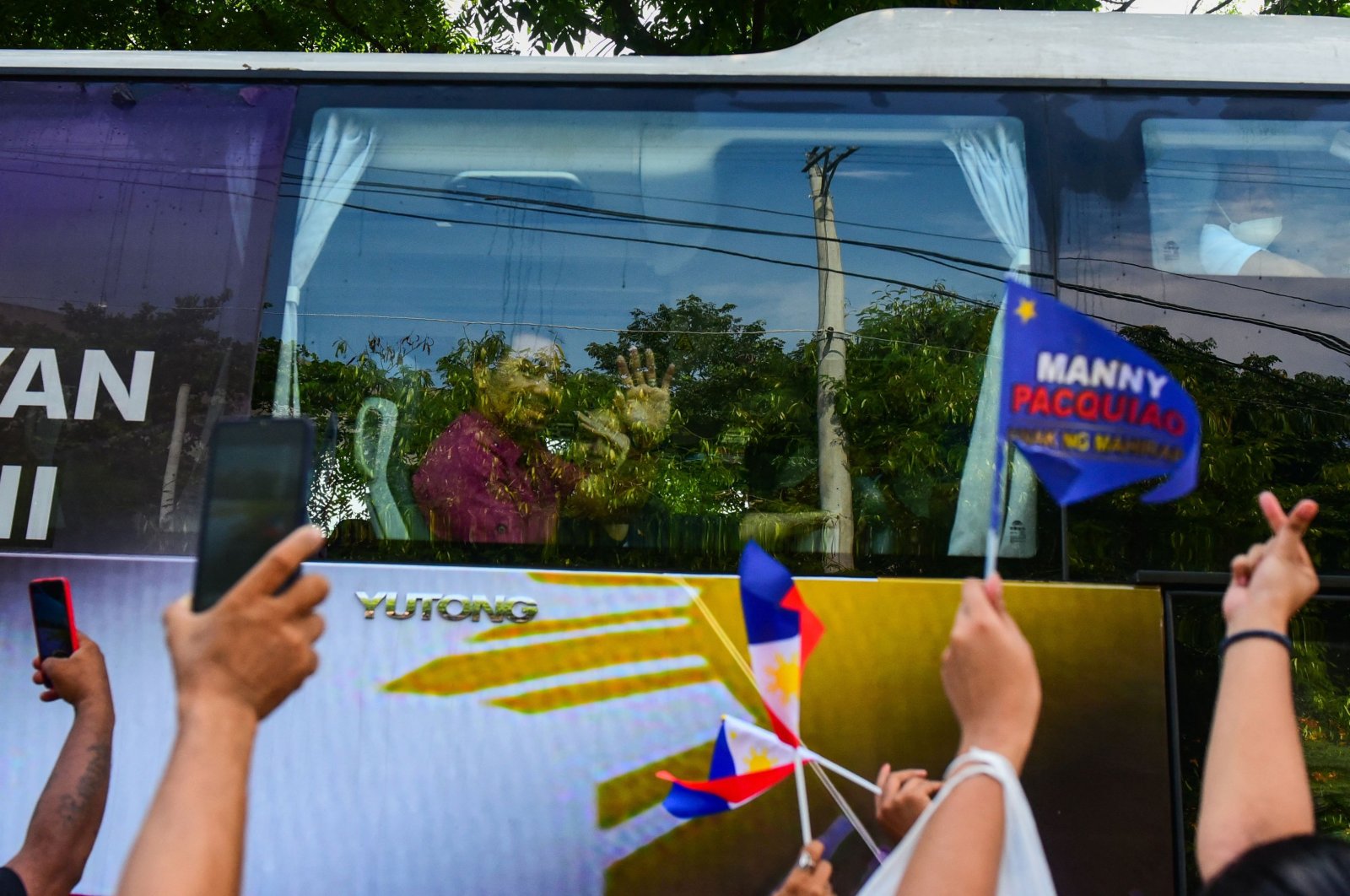 Philippine boxing icon and senator Manny Pacquiao waves to supporters as he arrives in a bus to file his certicate of candidacy for the Philippine presidency in Manila on Oct. 1, 2021. (Photo by Maria Tan / AFP)
by French Press Agency - AFP
Oct 01, 2021 8:59 am

The Philippines' election season kicked off Friday with TV celebrities, political scions and at least one inmate expected to be among thousands of candidates vying for posts from president to town councillor.

A week-long registration process launches a typically noisy and deadly seven months of campaigning for more than 18,000 positions – but the raging pandemic and economic misery caused by COVID-19 lockdowns could dampen the party atmosphere.

A successor to President Rodrigo Duterte, who is constitutionally barred from seeking a second six-year term, will be elected in the May ballot that is expected to draw more than 60 million voters.

Duterte, who polls show remains almost as popular as when he swept to victory in 2016 on a promise to rid the country of drugs, has declared he will run for the vice-presidency.

Among the front runners to replace him are his daughter, Sara, and ally Ferdinand "Bongbong" Marcos, son and namesake of the country's former dictator.

Pacquiao, a senator, was driven in a bus emblazoned with "Man of Destiny" to register for the race on Friday.

A Facebook Live broadcast of the journey through Manila's morning traffic showed scores of supporters standing beside the road, waving the national flag.

Pacquiao dismissed a recent poll showing him in fourth place for preferred president as "just a number."

Election campaigns in the chaotic democracy are normally raucous and star-studded with contenders deploying celebrities to pull crowds to rallies.

Candidates are expected to perform on stage, with their charisma, singing and dancing judged more critically than their policies.

"It is a circus," political analyst Tony La Vina told Agence France-Presse (AFP). "People have a sense that in this brief moment, they are the boss, to be wooed by suitors whom they demand sing, dance, act as clowns."

This election season could be less festive, analysts said – though probably just as deadly as some politicians resort to violence to eliminate rivals.

Campaigning will be largely on social media platforms, La Vina predicted, as surging infections and the glacial pace of vaccinations restrict mass gatherings.

In a country where personality and name recognition are key to winning votes, that could improve the chances of lesser-known candidates, said Ronald Mendoza, dean of Manila's Ateneo School of Government.

"If you are a relative nobody with some money for social media and some following, you may actually get a not-insignificant number of votes," he added.

But they will face the enduring challenge of powerful clans that dominate national, provincial and local posts in the absence of a strong party system.

Deep pockets – and huge donations – are essential in the country plagued by poverty, corruption and a culture of patronage.

As jockeying intensified ahead of Friday's start of registrations, analyst Richard Heydarian said it was too early to pick a likely winner in the presidential race, which has "inherent unpredictabilities."

Duterte has not yet announced his preferred successor – a perennial preoccupation for outgoing presidents seeking to avoid arrest.

Many expect it will be Sara, who would likely protect Duterte from criminal charges at home and at the International Criminal Court, whose prosecutors are probing his deadly drug war.

But Sara, the mayor of the southern city of Davao – a position held by her father before he became president – has said she would not run if Duterte sought the vice-presidency.

That is probably a tactic to generate publicity because Filipinos "love a reluctant candidate," University of the Philippines political science professor Jean Franco told AFP.

Even if Sara misses the Oct. 8 deadline for registration, she still has until Nov. 15 to make a late entry – as her father did in 2015. A presidential endorsement would normally be a "kiss of death," said Jorge Tigno of pollster Social Weather Stations, but Duterte's approval rating in its surveys was 62% in June, compared with 64% in 2016.

"He tends to shake off most accusations of impropriety or extrajudicial killings," said Eurasia Group analyst Peter Mumford. "He's known as 'Teflon Duterte' for a reason."