21 bodies pulled from wreck of missing Nepal plane, one missing 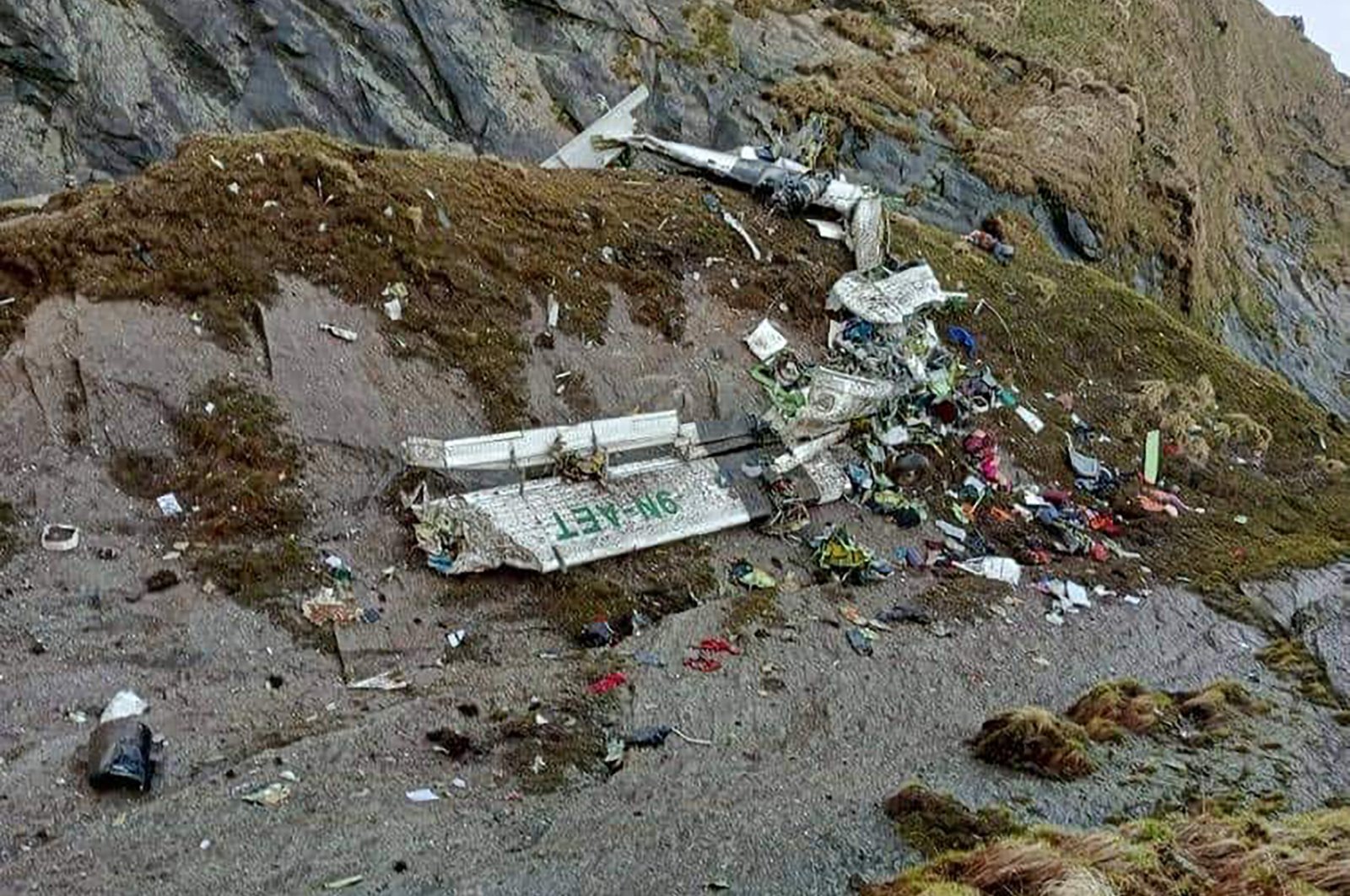 The wreckage of a plane in a gorge in Sanosware in Mustang district close to the mountain town of Jomsom, west of Kathmandu, Nepal, May 30, 2022. (Fishtail Air via AP)
by Agencies May 30, 2022 9:41 am
RECOMMENDED

The wreckage of a small plane that crashed with 22 people on board was found Monday scattered on a mountainside in Nepal, the army said, as Nepalese rescuers managed to retrieve the bodies of all but one of the passengers.

"Twenty-one bodies have been recovered and teams are searching for the remaining one," army spokesperson Narayan Silwal told Agence France-Presse (AFP).

"It is a very difficult area to work. The aircraft is several pieces scattered all over the slope," a police official at the crash site said.

About 60 people were involved in the operation, including the army, police, mountain guides and locals, most of whom trekked uphill for miles on foot to get there.

Aerial photos of the crash site showed aircraft parts scattered on rocks and moss on the side of a mountain gorge.

The Tara Air turboprop Twin Otter lost contact with the airport tower Sunday while flying in an area of deep river gorges and mountaintops on a 20-minute flight.

The army said the plane crashed in Sanosware in Mustang district close to the mountain town of Jomsom where it was heading after taking off from the resort town of Pokhara, 200 kilometers (125 miles) west of Kathmandu.

Four Indians and two Germans were on the plane. The three crew members and other passengers were Nepali nationals.

The plane's destination is popular with foreign hikers who trek the mountain trails and also with Indian and Nepalese pilgrims who visit the revered Muktinath temple. The Twin Otter, a rugged plane originally built by Canadian aircraft manufacturer De Havilland, has been in service in Nepal for about 50 years, during which it has been involved in about 21 accidents, according to aviationnepal.com.

The plane, with its top-mounted wing and fixed landing gear, is prized for its durability and its ability to take off and land on short runways. Production of the planes originally ended in the 1980s. Another Canadian company, Viking Air, brought the model back into production in 2010.