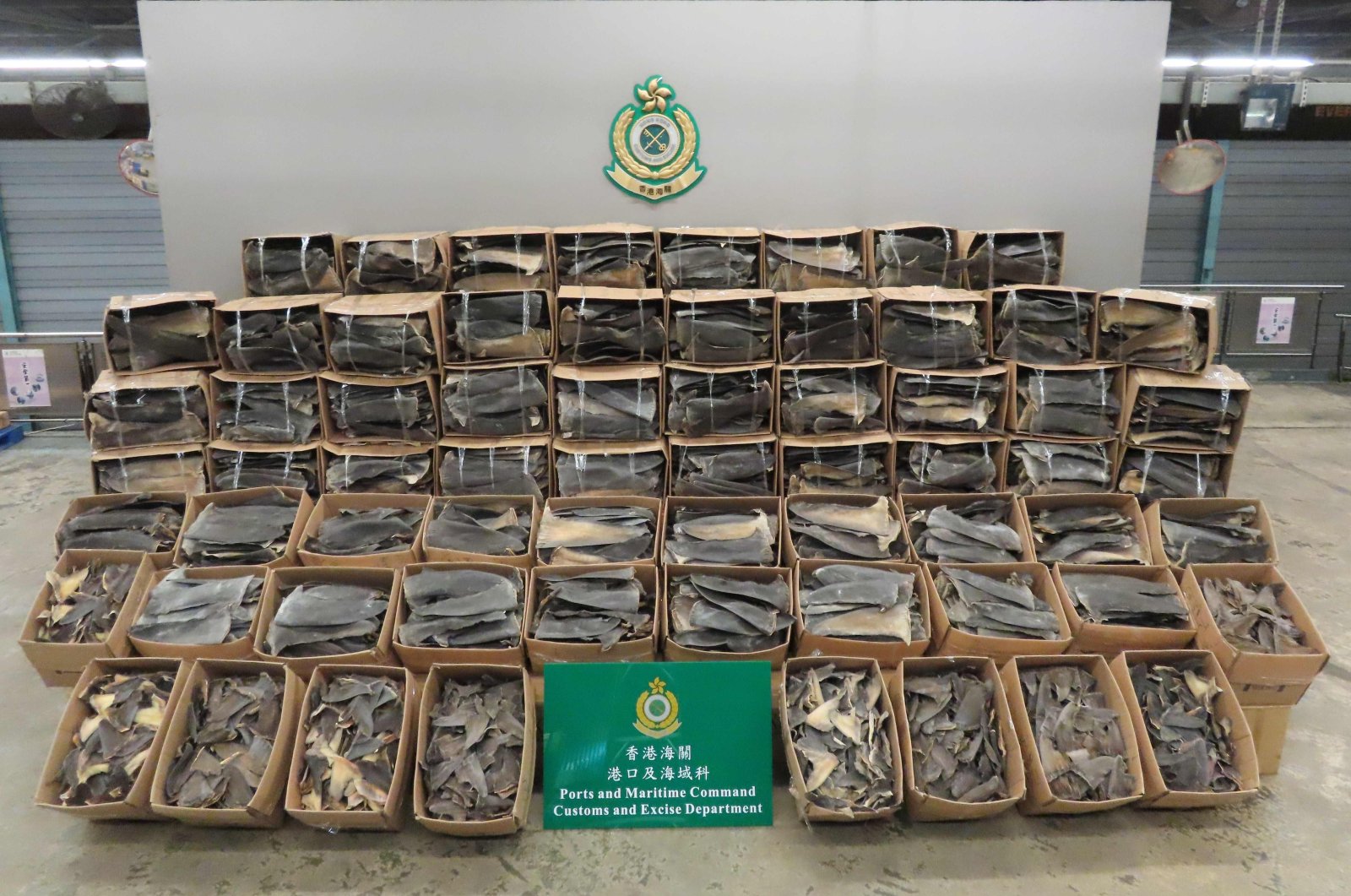 Hong Kong has seized 26 tons of smuggled shark fins, sliced from some 38,500 endangered animals, in the largest bust of its kind in the southern Chinese city.

The record haul was discovered in two containers from Ecuador, and highlights the continued demand for shark fin, which is served at wedding banquets in many Chinese communities.

Most of the fins came from thresher and silky sharks, both endangered species. A 57-year-old man was arrested but has been released on bail pending further inquiries.

Some of the ocean's most vital apex predators, shark populations have been decimated over the last few decades with finning and industrial longline fishing the main culprits.

Fishing fleets often cut the fin from the shark and then throw the fatally maimed animal back in the sea to maximize profit.

The dried fins sell for considerable sums and are usually served in a glutinous soup at banquets.

The sale and consumption of shark fin is not illegal in Hong Kong, but must be licensed.

Years of campaigning by environmentalists and celebrities like Chinese basketball star Yao Ming have led to the dish becoming less fashionable among younger consumers in China, Macau, Hong Kong and Taiwan.

But it remains stubbornly popular among older generations and many prominent hotels and restaurants still offer it.

A 2018 survey by the World Wildlife Fund (WWF) found seven out of 10 Hong Kongers had eaten shark fin that year.

Some restaurants and hotels had signed WWF's "no shark fin" pledge but many continued to offer the dish, she added.

Wild Aid estimates some 73 million sharks are killed every year for the trade.

Their research says consumption has dropped significantly on the Chinese mainland but there is growing appetite for the dish in Thailand, Vietnam and Indonesia.

With its busy port and international connections, Hong Kong has long been a major trafficking route for wildlife and drug smugglers.

Importing endangered species without a license is illegal and carries a maximum penalty of 10 years in jail and a HK$10 million ($1.3 million) fine.