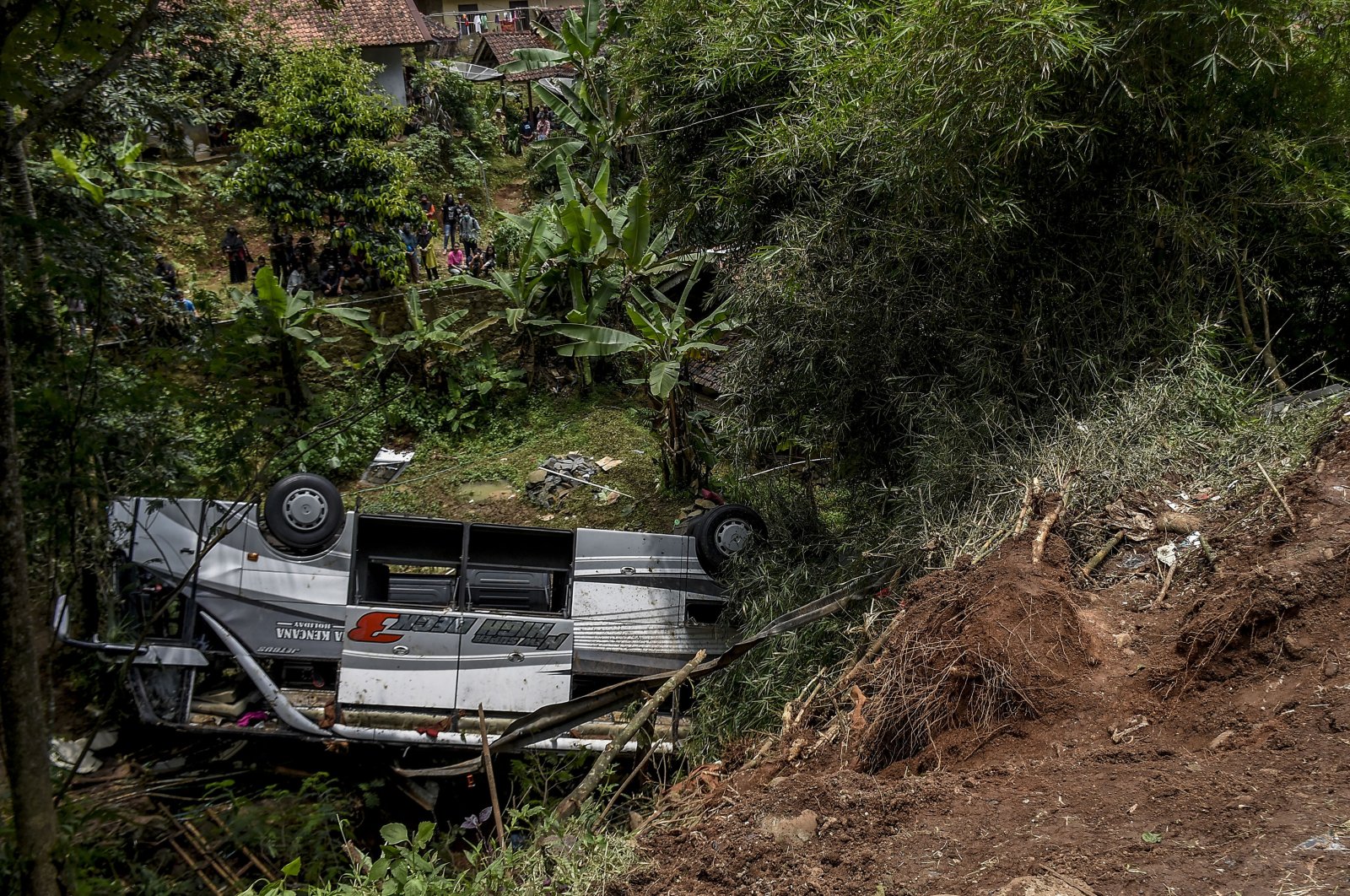 Residents inspect the wreckage of a bus that plunged into a ravine in Sumedang West Java, Indonesia, March 11, 2021. (AP Photo)
by ASSOCIATED PRESS Mar 11, 2021 2:00 pm
RECOMMENDED

A tourist bus plunged into a ravine on Indonesia’s main island of Java after its brakes apparently malfunctioned, killing at least 27 people and injuring 39 others, police and rescuers said Thursday.

The bus was carrying a group of Muslim junior high school students, teachers and parents from the West Java province town of Subang when the accident happened late Wednesday on a winding road, said local police chief Eko Prasetyo Robbyanto.

He said the bus was on its way back to Subang from a pilgrimage site in the province’s Tasikmalaya district when it plunged into the 20-meter-deep (65-foot-deep) ravine after the driver lost control of the vehicle in an area with a number of sharp declines in Sumedang district.

Police were still investigating the cause of the accident, but survivors told authorities that the vehicle’s brakes apparently malfunctioned, Robbyanto said. Bandung search and rescue agency chief Deden Ridwansah said the 27 bodies and 39 injured people were taken to a hospital and a nearby health clinic, including a body of a young boy who was pinned under the overturned bus and pulled from the wreckage Thursday morning.

Thirteen of the injured were treated for serious injuries, Ridwansah said. The driver was among those killed. Television video showed police and rescuers from the National Search and Rescue Agency evacuating injured victims and carrying the dead to ambulances. Grieving relatives waited for information about their loved ones at Sumedang’s general hospital, others tried to identify the bodies at a morgue.

Road accidents are common in Indonesia because of poor safety standards and infrastructure. In December 2019, 35 people were killed when a passenger bus fell into an 80-meter-deep deep ravine and crashed into a fast-flowing river on Sumatra island. In early 2018, 27 people killed after a packed tourist bus plunged from a hill in West Java’s hilly area.