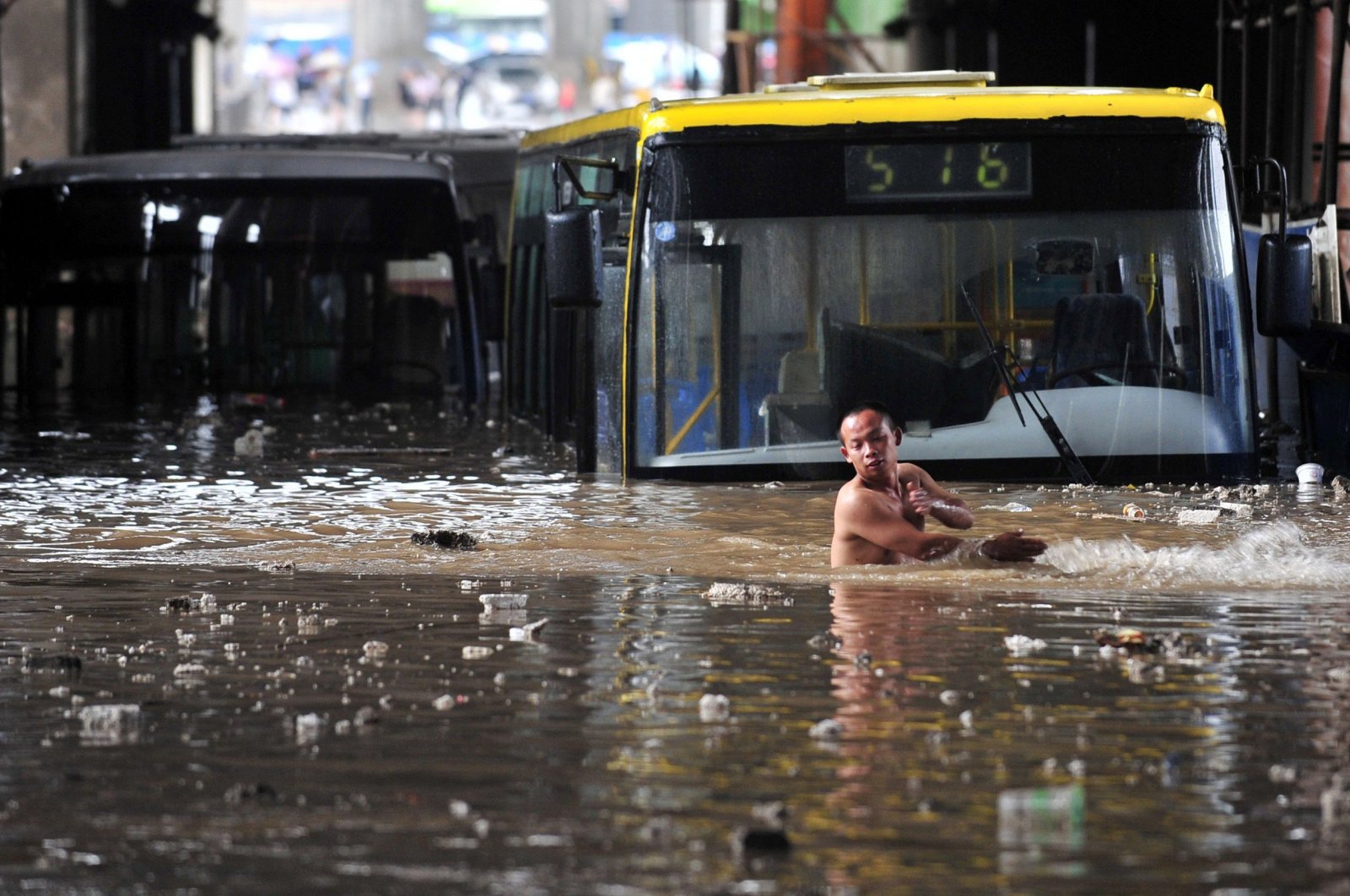 A driver wades through floodwater after his bus was stranded in a flooded tunnel in Wuhan, Hubei province June 18, 2011. (Reuters Photo)
by ASSOCIATED PRESS Jun 23, 2020 11:13 am

Flooding and mudslides in southern China have killed at least three people and forced evacuations for thousands of people, official media reported Tuesday.

China’s national observatory issued a high alert for rainstorms across vast stretches of the country for the next 24 hours.

Floods and mudslides began impacting villages and towns in the southwestern Guizhou province on Monday, state broadcaster CCTV reported. It put the number of dead at three and evacuations at more than 15,000.

To the north, about 40,000 people had to move to higher ground after waters rose in the Qijiang River in the sprawling mega-city of Chongqing.

Seasonal flooding this year has left more than 20 people dead or missing. Direct economic losses have already been estimated at more than $500 million, with the crucial tourism industry in the southern Guangxi region particularly hard hit.

Seasonal flooding regularly strikes the lower regions of China’s major river systems, particularly those of the Yangtze and the Pearl to the south. Authorities have sought to mitigate the damage through the use of dams, particularly the massive Three Gorges structure on the Yangtze.

China’s worst floods in recent years were in 1998, when more than 2,000 people died and almost 3 million homes were destroyed.