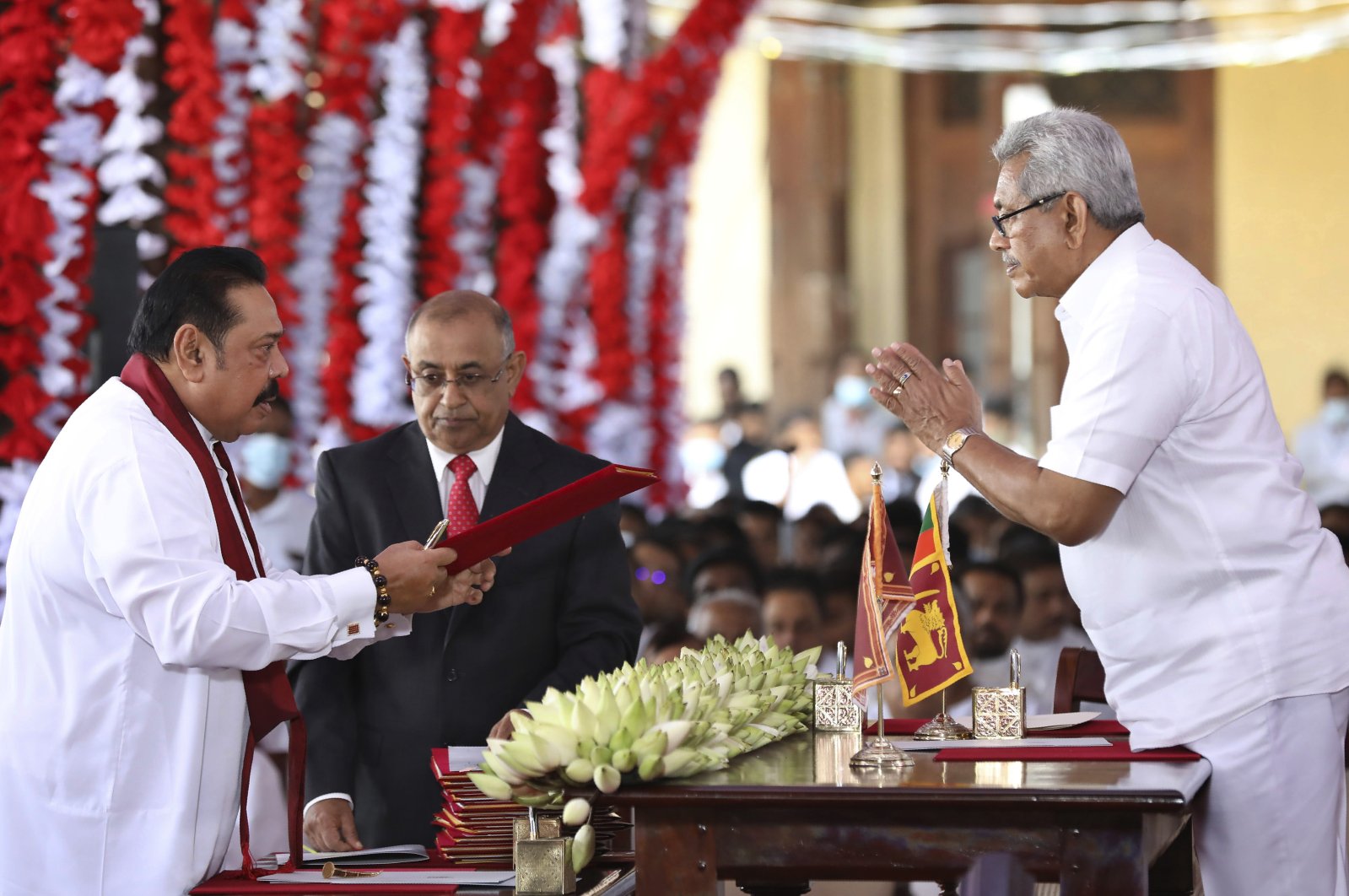 Sri Lanka’s president swore into office a new Cabinet on Wednesday that includes two of his brothers and a nephew, after a landslide election victory last week.

The 26 Cabinet members include Prime Minister Mahinda Rajapaksa, who also holds the finance, urban development and Buddhist affairs ministries. Eldest brother Chamal Rajapaksa is an irrigation minister and Namal Rajapaksa is the youth and sports minister.

President Gotabaya Rajapaksa also appointed his lawyer as a justice minister. Ali Sabry appeared for Gotabaya when he faced court cases related to corruption as a top defense bureaucrat when Mahinda Rajapaksa earlier served as president.

A landslide election victory last week gave the Rajapaksas' political party nearly the two-thirds majority of seats required to make constitutional changes that could strengthen dynastic rule in the country. However, analysts say any changes that unsettle the balance of power between the Rajapaksas' respective offices could trigger sibling rivalry.