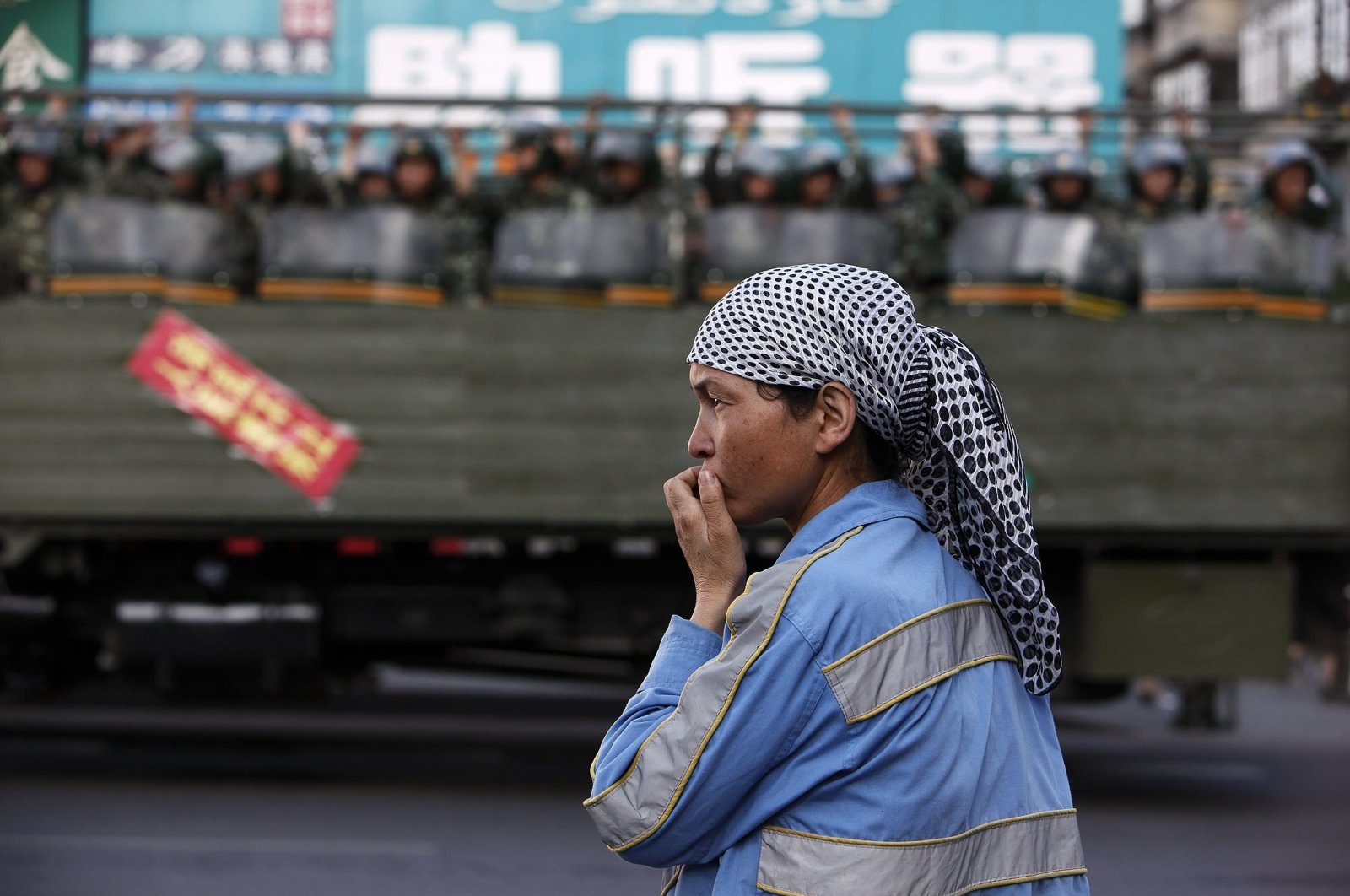 An ethnic Uighur woman stands on the side of a road as Chinese troops stand by on a truck on a main street in Urumqi, China's Xinjiang Autonomous Region, July 9, 2009. (Reuters Photo)
by Daily Sabah with Wires Oct 07, 2020 1:34 pm
RECOMMENDED

Some 39 countries including Turkey, Germany, the U.S. and the U.K. urged Chinese authorities to respect the rights of over 1 million Uighur Muslims who are being kept in Chinese concentration camps, prompting an angry response from authorities in Beijing.

“We are gravely concerned about the human rights situation in Xinjiang and the recent developments in Hong Kong,” Germany’s U.N. Ambassador Christoph Heusgen said.

The declaration, signed mainly by European countries, stated that violations of religious freedom, forced labor and involuntary sterilization are the main key indicators of criminal activity by Chinese officials.

"There are severe restrictions on freedom of religion or belief and the freedoms of movement, association and expression as well as on Uighur culture," Heusgen said. "Widespread surveillance disproportionately continues to target Uighurs and other minorities, and more reports are emerging of forced labor and forced birth control, including sterilization."

Meanwhile, China's ambassador to the U.N. hit back, calling the accusation “groundless” and claiming that the declaration is aimed at “provoking confrontation” among U.N. countries.

He noted that human rights achievements in China are "widely recognized" and urged the U.S. to "take a good look in the mirror," referring to recent racial discrimination issues in the country.

"Millions of Americans have cried out 'I can't breathe' and 'Black lives matter,'" Jun said, referring to slogans by protesters against the death of George Floyd in the U.S. state of Minnesota.

The Xinjiang region is home to around 10 million Uighurs. The Turkic Muslim group, which makes up around 45% of Xinjiang's population, has long accused Chinese authorities of cultural, religious and economic discrimination. About 7% of the Muslim population in Xinjiang has been incarcerated in an expanding network of "political reeducation" camps, according to U.S. officials and U.N. experts. Over 380 suspected detention facilities have been identified in the Xinjiang region, the Australian Strategic Policy Institute (ASPI) reported last month.