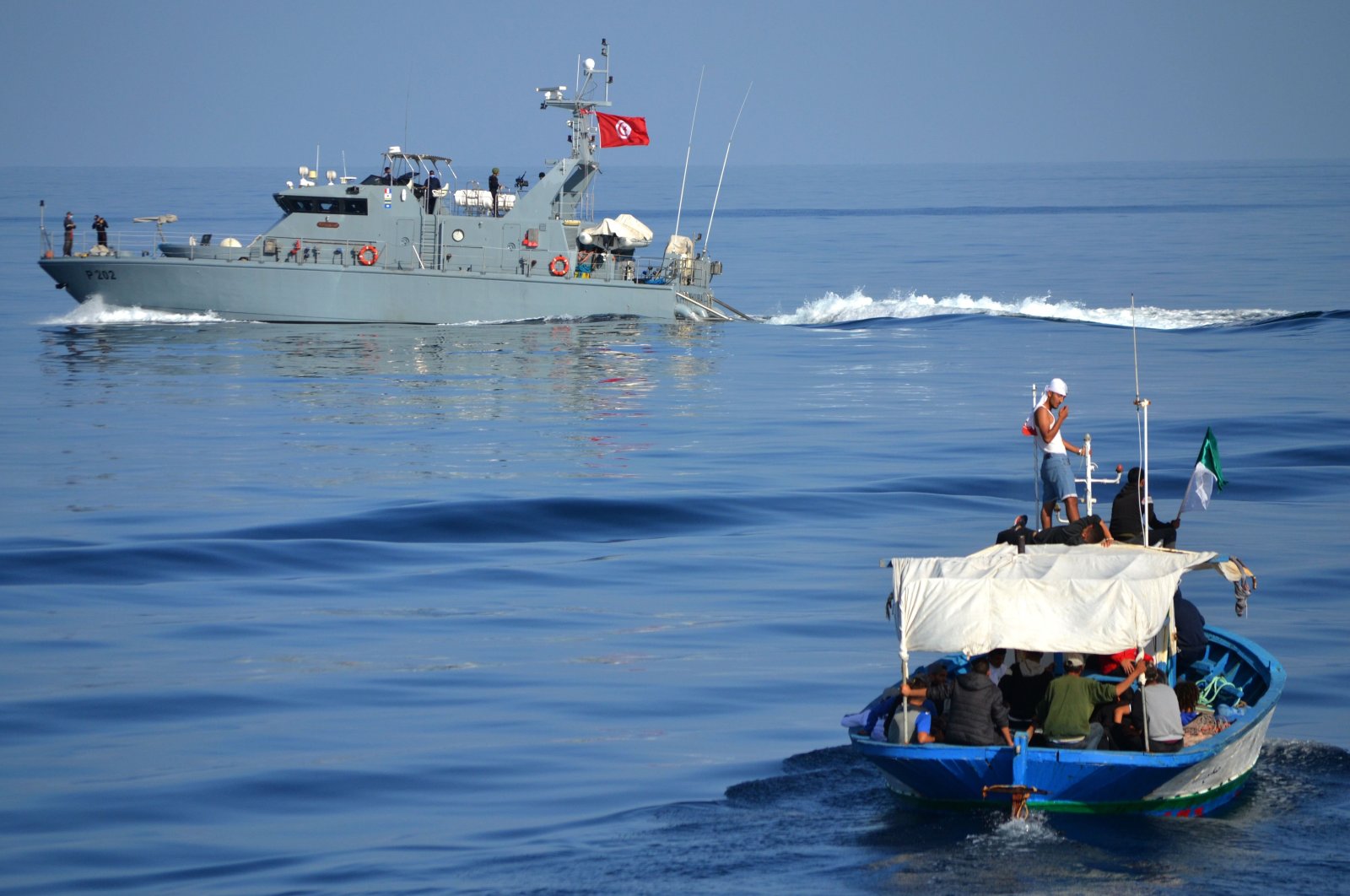 Tunisian Croissant Sportif Chebbien (CSC) football fans, who have threatened for weeks to emigrate to Italy in protest over sanctions against their club, board fishing boats in the Mediterranean port of Chebba, accompanied by the Tunisian coast guard, Nov. 12, 2020. (AFP Photo)
by French Press Agency - AFP Mar 09, 2021 4:06 pm
RECOMMENDED

At least 39 migrants, including four children, drowned while 165 were rescued Tuesday after two boats sank off the coast of Tunisia, the country's national guard told Agence France-Presse (AFP).

The rescue operation was carried out by the national guard, its spokesperson Houcem Eddine Jebabli said, noting that "the search is still on for survivors and bodies."

The death "toll could yet rise," he warned, adding that the bodies of nine women and one man had so far been retrieved, along with those of the four children.

The boats left shore on Monday night or early Tuesday and carried migrants mainly from sub-Saharan Africa who were attempting to reach Europe illegally, Jebabli said.

The past year has seen an upsurge of makeshift boats attempting to cross the central Mediterranean Sea, the world's deadliest route for would-be migrants to Europe.

But many foreign nationals have also made for Europe from the North African country.

In February, 22 migrants of various African nationalities who departed Sidi Mansour, near the city of Sfax, disappeared at sea, while 25 were rescued by the Tunisian navy around 100 kilometers (approximately 60 miles) from the Italian island of Lampedusa. One body was retrieved.

In January, the Tunisian navy intercepted 50 migrants, including four Tunisians.